The NO.1 D5 Pro is the latest flagship smartwatch launched by the Chinese company specialized in wearable devices. It sports top notch hardware and a really classy design. Let’s find out if it’s as good as it looks in our full review! 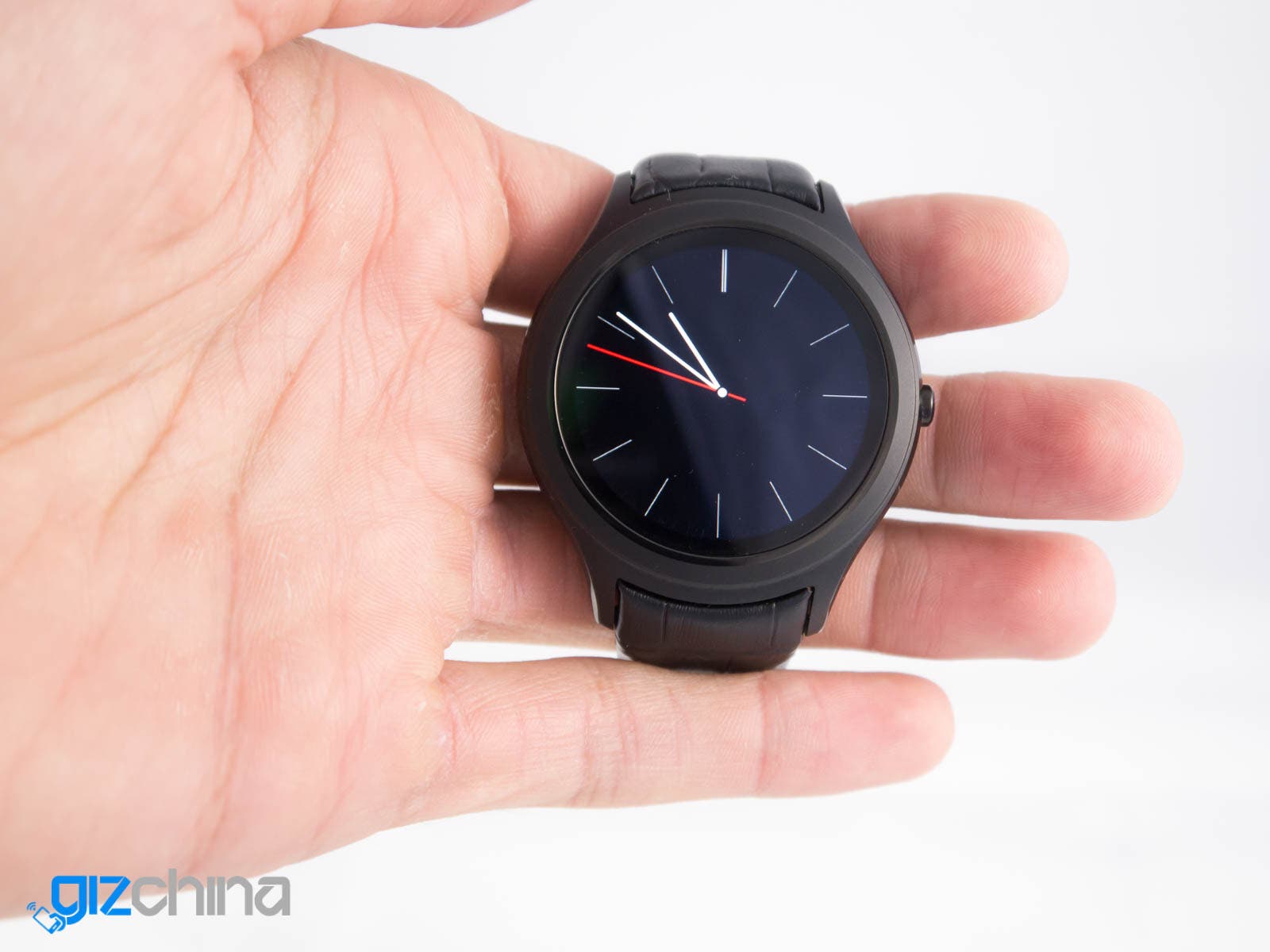 Let’s begin with saying that the NO.1 D5 Pro is the best smartwatch I’ve ever laid my hands on and I’ve tried plenty of these over the past years. The watch case is made of premium stainless steel, meanwhile the straps are made of high quality leather. On the right side we have a nice but not too “clicky” button, at the bottom we instead find the heart rate sensor, a speaker grill and the pins for charging with the dock.

Inside the watch we have the hardware you’d find a couple years back on a low-end phone, such as the Mediatek MTK6580 CPU, 1GB of RAM and 16GB of internal storage. The D5 Pro also runs Android 5.1 which is quite a step back but in absence of a proper Android Wear OS, it won’t matter too much. 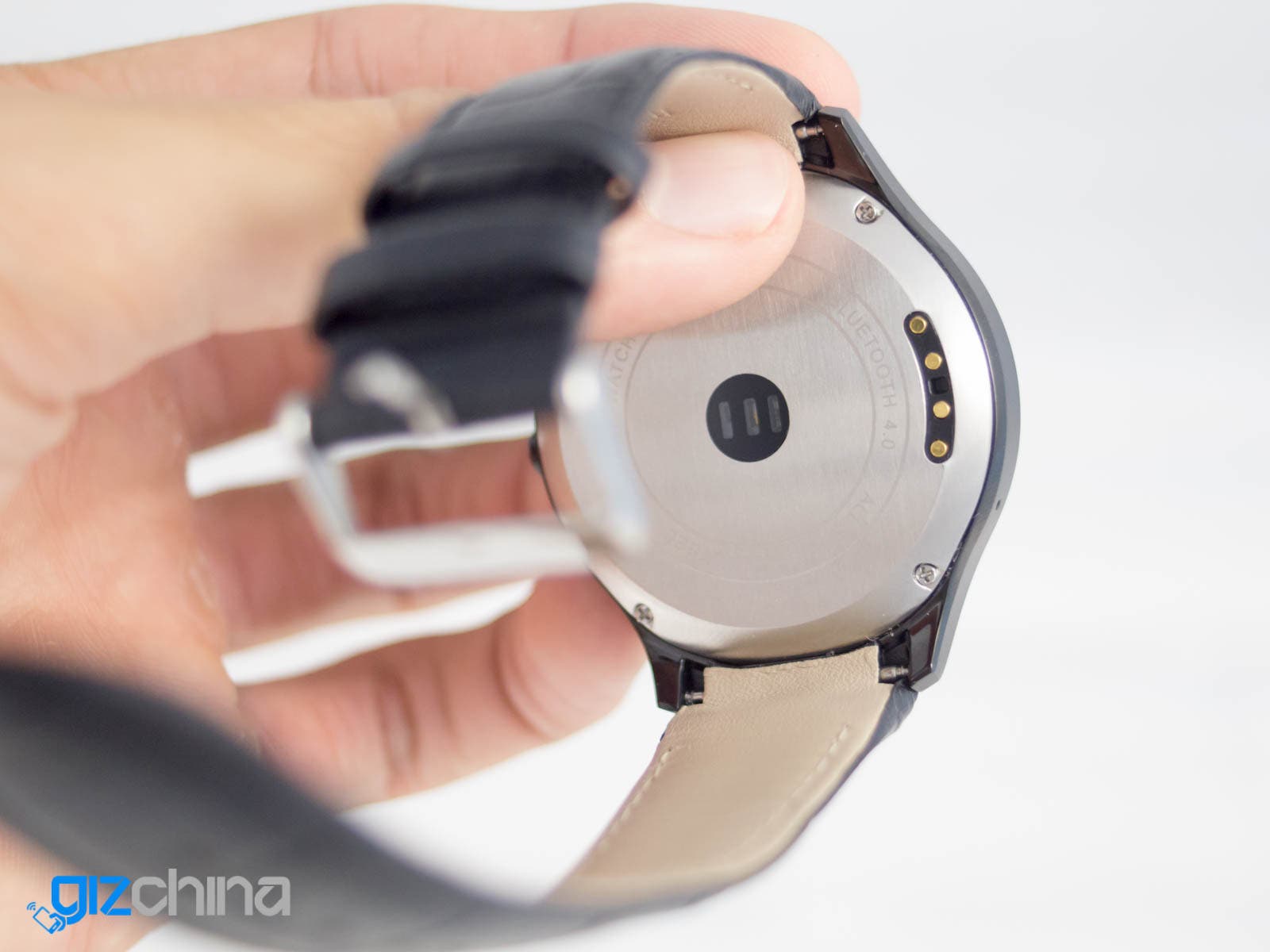 The overall size of D5 Pro is in line with similar devices, although thanks to its really close to a “normal” watch design, it doesn’t feel or look chunky, just slightly heavier. 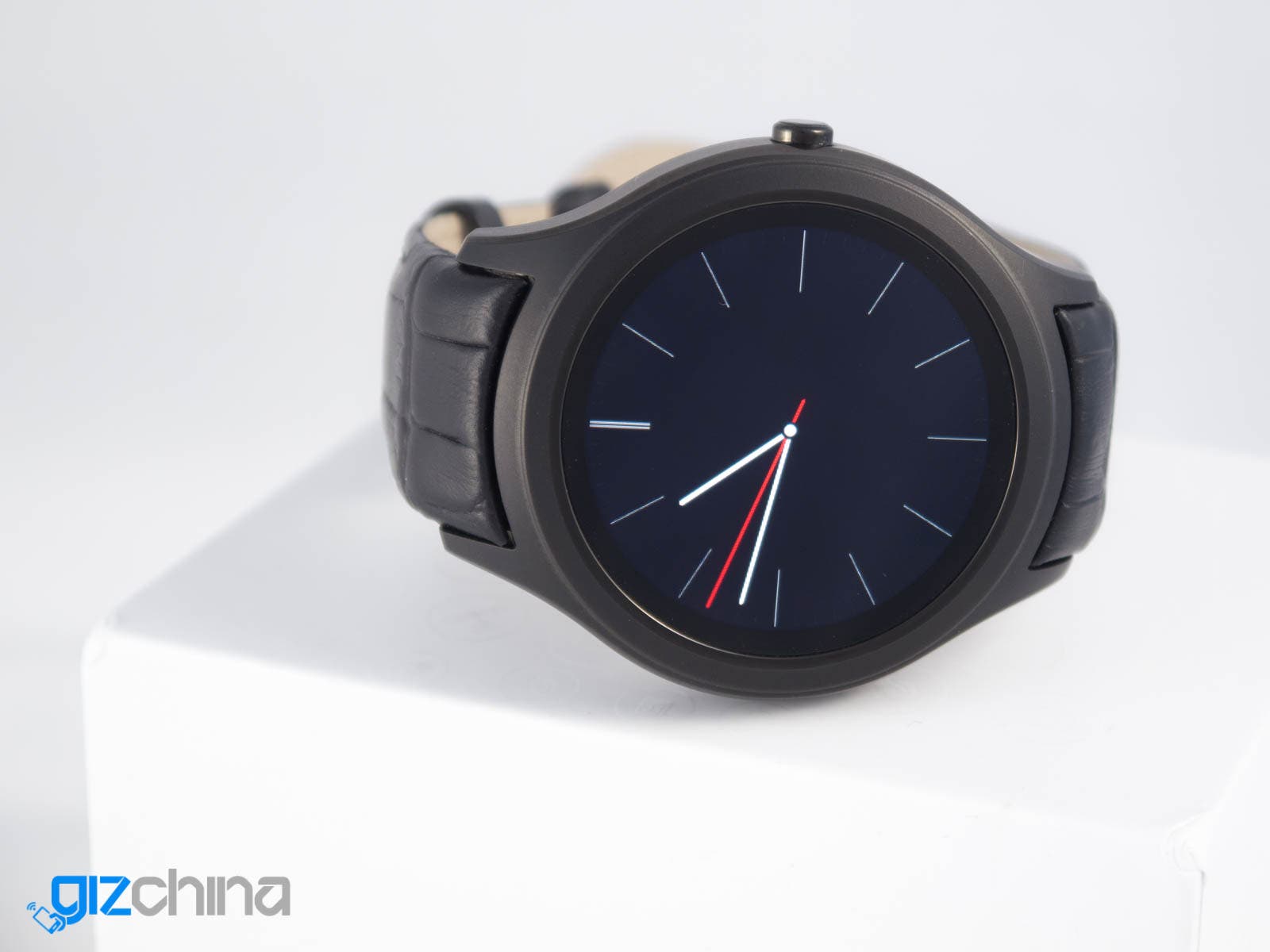 NO.1’s smartwatch comes with a 1.3-inch IPS display with a resolution of 360×360. While that doesn’t sound like a lot of pixels, it’s still enough for a display this size. Text and images are sharp, so I never felt like resolution was a problem.

What’s definitely more important on smartwatches is brightness. I’ve to admit that the D5 Pro sports one of the brightest display I’ve ever seen, even under direct sun light. In addition to that, colors are beautiful and the way the display meets with the stainless steel case makes it appear somewhat immersive and resembling of much more expensive devices such as the Moto 360.

Just like most smartwatches, the display activates as you raise your arm, if you so desire.

Battery life is – once again – in line with other smartwatches. It’s about a day and a half, maybe less if you are an heavy user. This is probably the biggest downer when getting this kind of devices. It could be considered fine if you use the watch as a “smartphone”, in that case you’re taking advantage of the powerful CPU and RAM, so 1-day battery life should be fine. But you’ll use it as a smartwatch only to get notifications, then I’d say autonomy is quite bad. 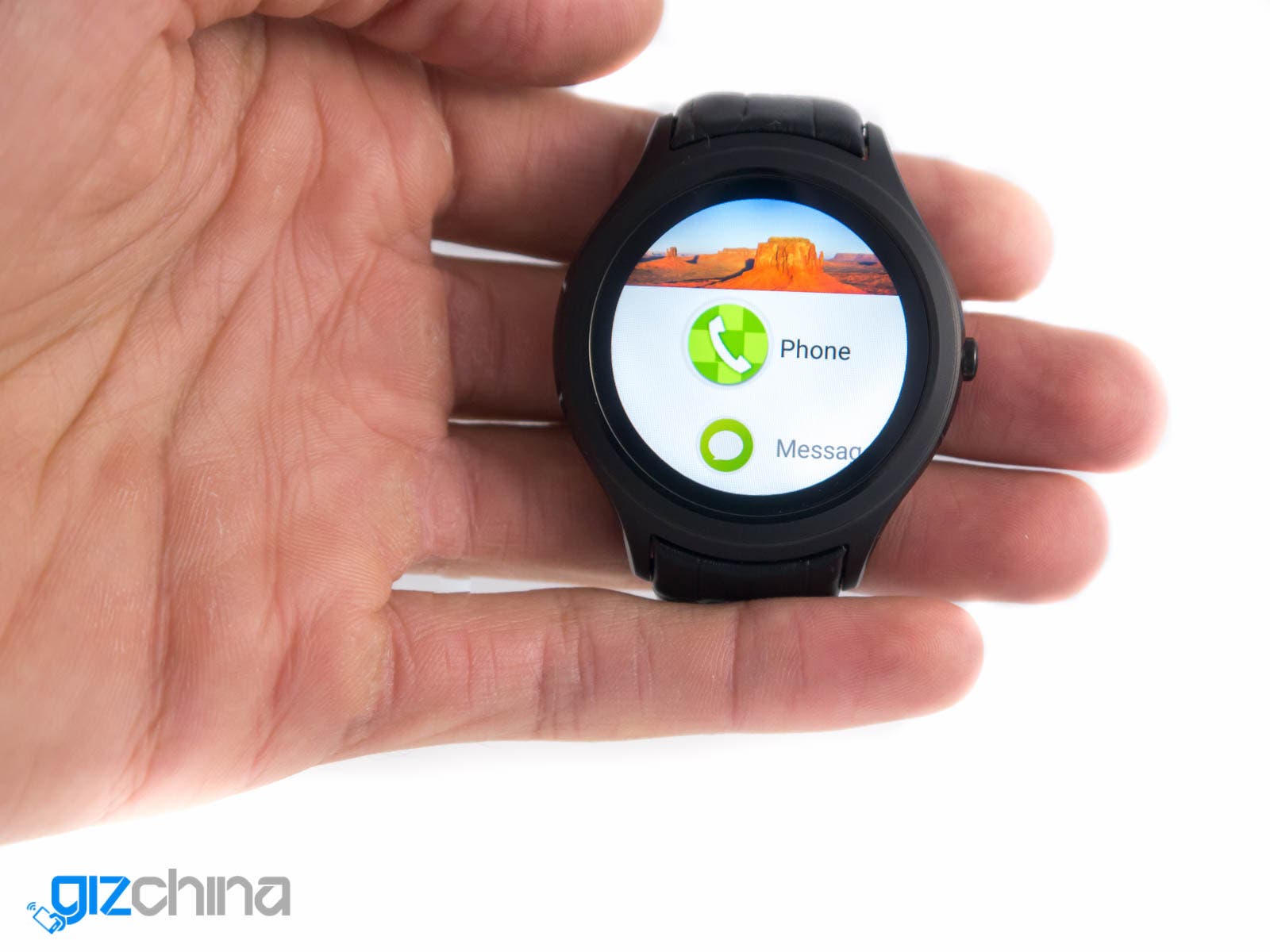 I don’t want to sound too repetitive but here the situation doesn’t change; you’ll find pretty much the same software we’ve seen on many other smartwatches, probably due to all of them running Mediatek CPUs.

That said, I really liked NO.1’s customization on the UI. It feels more mature than what we had in the past. You can swipe left to see your notifications or swipe right to music playing, heart rate monitoring, pedometer and finally weather. You can see the various interfaces in the images below.

As far as functionality goes, the NO.1 D5 Pro can connect to your smartphone via Bluetooth or to the internet via WiFi, both tested and working. You can even insert a SIM card and connect it through 3G but I hadn’t a chance to test that.

App notifications work, with some hiccups, but that might have been caused by my smartphone being too “secure” and randomly stopping the app. In addition to that, it’s quite hard to get through the notifications, they can’t be hidden for a while once you receive them (or at least I couldn’t manage to do that) and then when they move to the notification interface it’s a mission to open each of them. Meanwhile the weather interface was successfully updated with correct info once connected to WiFi. 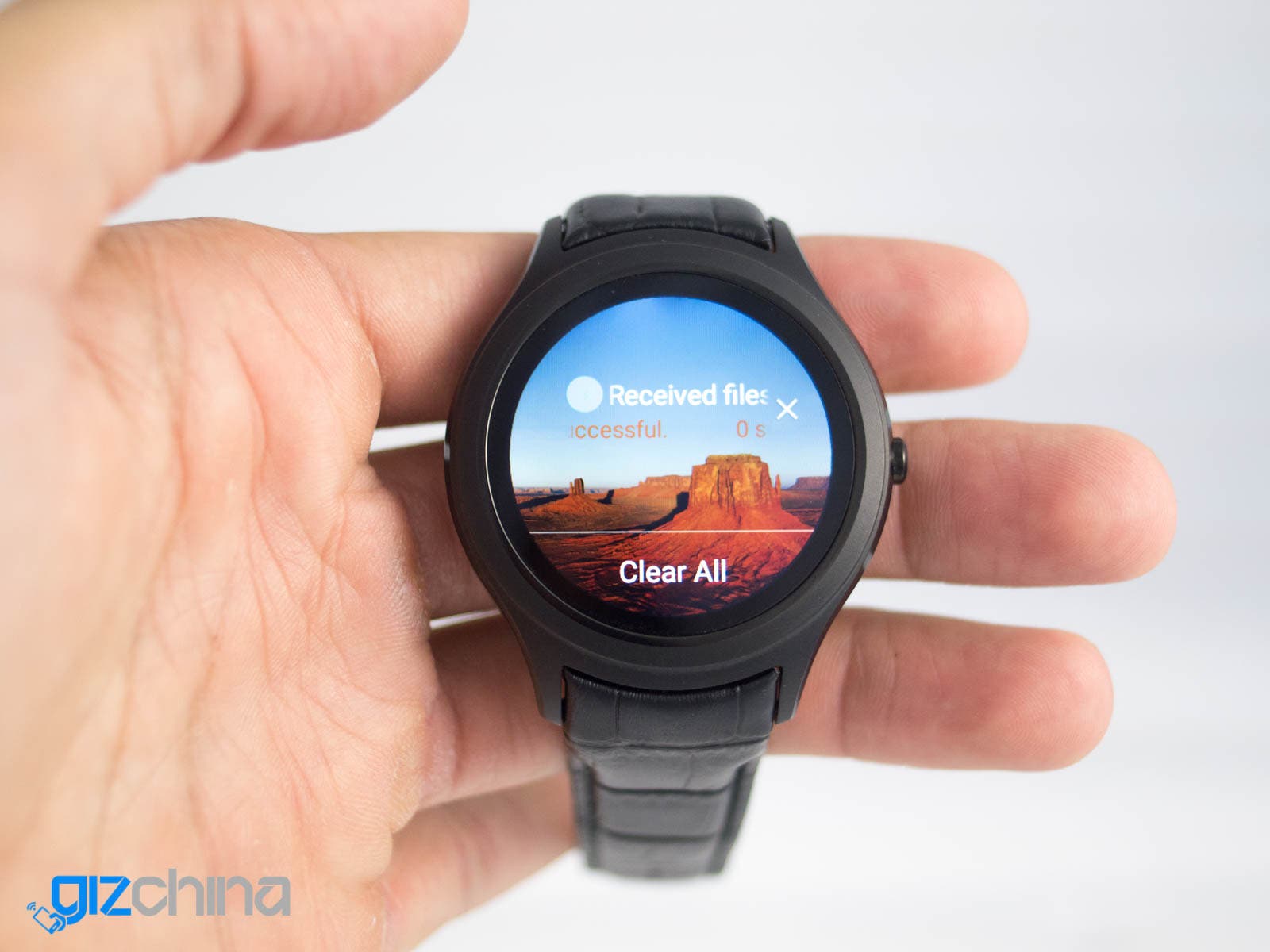 The heart rate monitor and pedometer both do their jobs, but given the lack of continuous logging and a proper Android companion app that keeps track of them, I feel like they become quite impractical, you should get a proper smartband if you’re after that.

Lastly, we have to talk about the dials, which albeit very similar – if not the same – to those on previous watches, still look amazing on such a beautiful display. There’s a big selection of them as well and while I didn’t find the “perfect” one, I enjoyed a couple of them and periodically switch to one another.

In conclusion, I will admit I actually liked and enjoyed the NO.1 D5 Pro, but I’m not sure it’s worth the asking price. It’s probably the first Chinese-made smartwatch I would comfortably wear outside, even in more serious occasions, because if it’s sleek black stainless steel case and beautiful display, and believe me I wouldn’t wear a smartwatch if it didn’t feel premium. On the flip side, at almost $100 it’s quite a stiff price for many people, so I’d say if you can afford one then go for it, otherwise check out some of the other options NO.1 have released in the past months.

Learn more about the NO.1 D5 Pro smartatch on the company’s official website.

The Best of its kind

Next Cubot joins up the 11.11 sales on Gearbest

Facebook is about to launch an Android-based Apple Watch competitor

Lava to launch “Made in India” Smartphones on 7th January