As we draw closer to 2018, it is only natural for speculation of next year’s early devices to occur. Pictures of one such possible handset from Huawei have been snapped in the wild. These images found on rumour gold mine Weibo, are alleged to be of the Huawei P11 Plus. 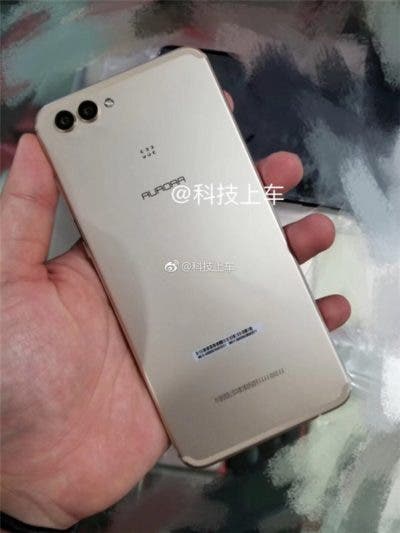 Delving into the details, the handset sports the trendy 18:9 aspect ratio display with curved corners. If you have been following flagship Huawei phones, you’d know those curves have not been seen before on any other Huawei device. It also has that familiar home button which reminds us of the resilient Mate 10 fingerprint scanner. Moreover, you can also see the 3.5mm headphone jack and the discrete antenna lines that wrap the edges of the handset.

Another spy photo of the back shows off a familiar dual camera setup that is lacking the laser autofocus module. And that is why some claim the alleged handset is not the Huawei P11 Plus. Evidently, the P10 Plus came with a laser autofocus module and Huawei would look to continue the trend rather than end it. Others speculate the handset could be the upcoming Honor V10. But that phone is also largely expected to sport an LDAF module. Thus, the phone could likely be a Huawei Nove 3 Plus.

Whatever the handset model might be, this design is probably a prototype. This means that we may see changes to the product and it might receive an LDAF module later. That would make it a candidate to be the Huawei P11 Plus.

The Huawei P11 Plus is expected to launch, unlike last year at MWC 2018 by February end. While the Nova 3 Plus is rumoured to launch on December 5. Huawei has already booked a venue for a mystery smartphone launch in London on the aforementioned date. What model that will be is still anybody’s guess. But you can be sure it will be a very thin-bezel phone.