The Honor V10 was speculated to launch on the 28th of this month, which has now been confirmed by the official invitation which was posted on Weibo. The launch event is supposed to take place on the 28th of November in Beijing, China.

The Honor V10 will join the ranks of the Huawei Mate series in London on the 5th of December and a week before that in Beijing. The poster specifically teases the presence of dual cameras and AI on the V10. On the back it is speculated to sport a combination of a 16MP and a 20MP sensor. Reportedly, the Honor V10 will sport a 6-inch display with an 18:9 aspect ratio.

Zhao Ming, CEO, Honor, confirmed that the V10 will sport Huawei’s in-house Kirin 970 chipset and will drink EMUI 8 on top of Android Oreo 8.0. Speculations are rife that the Honor V10 will be available in two memory configurations, 6GB RAM + 64GB ROM and 8GB RAM + 128GB ROM. Powering the phone will be a 4,000mAh battery with support for 22.5W rapid charging, proprietary to Huawei. 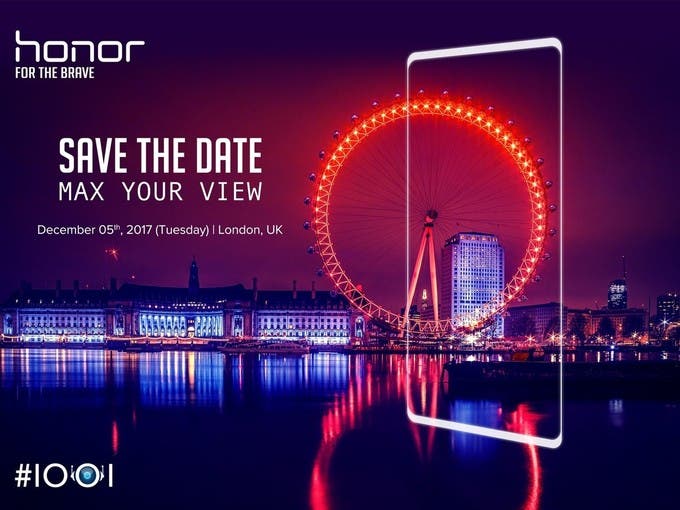 There is no word whether this phone will have any kind of IP rating. It is expected to retaila around 3,000 Yuan. After the launch in Beijing the V10 will be launched in London on the 5th of December.