LG V30 was released in August this year and now, customers in Italy can now get this smartphone from local carriers TIM and Vodafone. In a few weeks, carriers in Poland, Spain, and Germany will also get this smartphone. In the UK, users can get the LG V30 from Vodafone and Three. As of now, LG has not announced a wider release of this smartphone in Europe but with these European countries getting the device, it is obvious that a wider rollout is imminent. This is the very first time that LG is partnering with local carriers to sell any of its V-series devices. 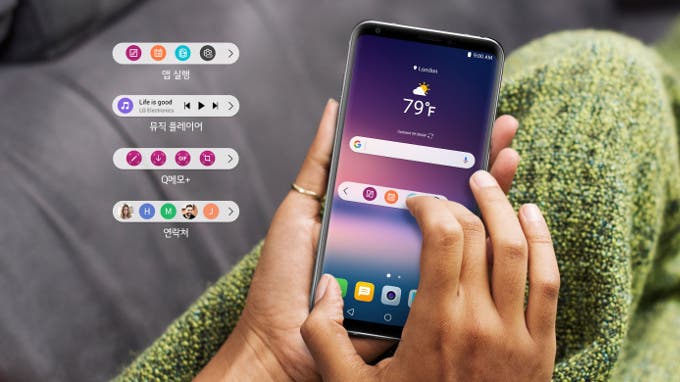 As a reminder, LG V30 is powered by an octa-core Qualcomm Snapdragon 835 processor coupled with 4GB of RAM and 64GB of internal memory which is expandable up to 256GB. It is equipped with a Corning Gorilla Glass 5 protected 6-inch P-OLED capacitive touchscreen with 1440 x 2880 pixels display resolution. In the camera department, LG V30 comes with a dual rear camera setup which has a 16MP camera supported by another 13MP shooter on the rear while the selfie snapper is a 5MP camera. Just like most recent top devices, this smartphone comes with a rear-mounted fingerprint sensor and its lights are kept on by a non-removable 3300 mAh battery.