Now that Android 8.1 is official, we expect that it will be rolling out to select smartphones soon. That is exactly the case as Google has commenced the rollout of the OTA update to Pixel 2 and Pixel 2XL smartphones which are running on the second developer build. For the standard model, this update weighs 41MB while it is 43MB for the XL version thus it is generally a light update. 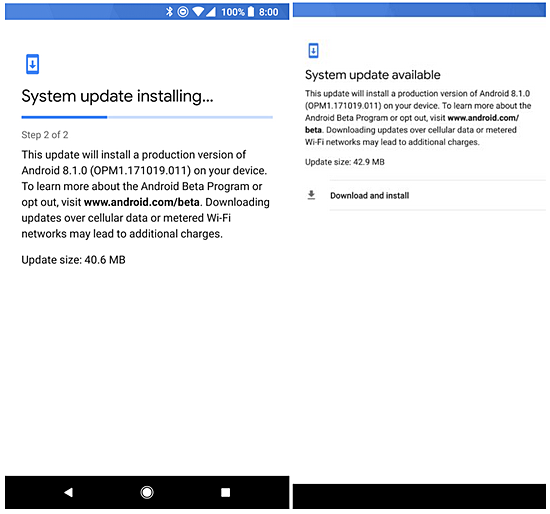 Interestingly, devices with Android 8.0 are already getting the Android 8.1 update and this update will directly upgrade your smartphone to Android 8.1 stable channel. For those who want to update manually, the system files are available thus you can go to “settings” then “system update” to upgrade.

Next Get some cheap microSDXC cards with our discount coupons