We recently saw a leak of a box belonging to the alleged Meizu 15 recently. This weird name (in fact a number) is due to the fact that Meizu wants to celebrate its 15th birthday. Hence they’ll be launching a special 15th Anniversary phone literally called Meizu 15. Today, instead of just a black box, we get a peek at the alleged Meizu 15 itself in the flesh. 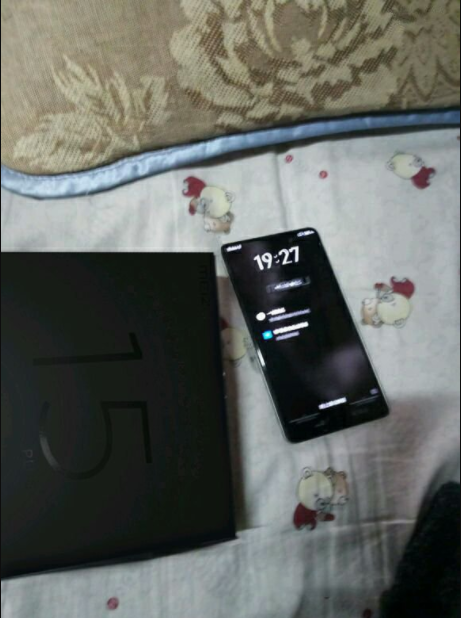 Of course, like Apple, Meizu will want this to be a memorable phone on the eve of its 15th birthday. So, the Chinese phone maker might go all out and make a completely new design compared to its current crop of devices. And it appears from the images that Meizu is taking inspiration from Xiaomi. The handset in the leaked image shows a boxy rectangular design with no bezels at the top very similar to the Mi Mix 2. Because of the poor image quality, we are unable to judge the bottom bezel size. However, we can still say that the trademark mBack button doesn’t seem to be there. This could mean that there are very small bezels at the bottom of the device.

Having said that, there is still doubt that this leaked phone could easily be a different handset. As of now, we expect our readers to take this leak with the proverbial pinch of salt.

Apart from these leaked images, info regarding the phone’s specs is almost non-existent. We still expect Meizu to go all out and put in the best to make this device flagship-grade. The Meizu 15 is scheduled to launch in Spring next year. There is still considerable time before that for more info to emerge.

Next Cubot's best "camera" phone Note Plus available for just $99.99