If you go at least five years to the past, you’ll remember how the Chinese market of smartphones was flooded with clones and knockoffs. The years have passed and companies have grown in originality however when a mainstream device appears and make success due its design, its natural to see some look-alike, see the crescent wave of “Mix” handsets. However this time we’ll not be talking about a Mi Mix knockoff but one from the recent and successful iPhone X. This look-alike come from no one else than Little Pepper S11 as a recent TENAA listing suggests.

The Little Pepper S11 mimics the iPhone X look and even has a top-notch like the Apple flagship. However it brings a standard design and the full screen appearance is just something of aesthetics as you can see the in the black borders beneath the white notch. In the S11’s rear we can also see the same white rear with a black vertical camera cut. 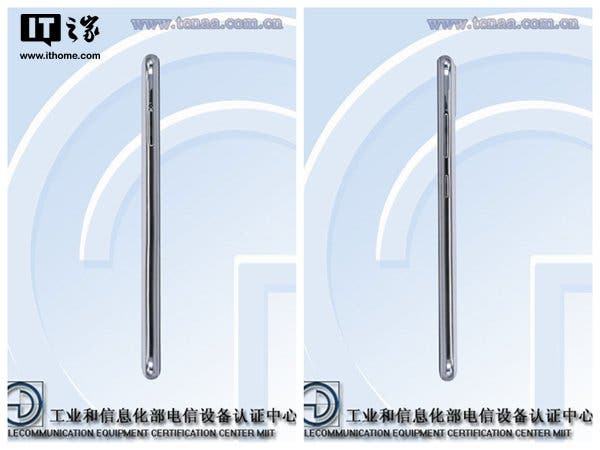 In what concerns to specifications, according to TENAA’s leak the Little Pepper S11 will arrive with a 5.5-inch 720p standard 16:9 display. The horsepower is ensured by a 1.3Ghz Quad core, that we suspect to be the MT6737, paired with 1GB, 2GB or 3GB of RAM depending from the chosen variant between the three available. For storage you also get 16GB, 32GB and 64GB for each variant respectively.

Camera wise the S11 counts with a pair of 13MP and 8MP sensors in the vertically aligned cut on the rear. Front facing snappers are ensured by another couple of 8MP and 5MP cameras, making this another quad camera handset.

All the power is fueled by a modest 2,500mAh battery, which may be enough considering the low power consuming processor and the 720p display. There’s no info still about when the smartphone will get available, but considering it TENAA’s arrival it shouldn’t take much time longer.

So far what are your feelings about one of the first iPhone X look-alike? Personally the iPhone X haven’t the design that I would claim for a copy, but some people will find pleasure on it. So far let your impressions in the comments below.