The year is almost running out and next year’s range of products are beginning to take the center stage, and while we eagerly await the arrival of its next top line smartphone, Samsung Electronics has decided to calm our nerves with the unveiling of two ultra-portable laptop PC -the new Samsung Notebook 9 Pen and Notebook 9 (2018). Both devices according to Samsung, will offer users a portable, connected, powerful and secure mobile computing experience that is on par with using PCs.

The new Samsung Notebook 9 Pen with its built-in battery-free S Pen stylus and a “thoughtfully designed” 2-in-1 hybrid laptop/tablet mode has all it takes to compete fiercely with surface devices from Microsoft. It is made entirely of a premium magnesium-aluminum chassis which help keep its weight down at 2.2 pounds.

The new  Notebook 9 Pen is a 2-in-1 laptop PC with a 360-degree hinge,  which makes it suitable for use in your day to day laptop mode and in a tablet mode, which also makes it suitable for use with the S Pen.  The refined S Pen stylus has no inbuilt battery and has the ability to take up to 4,096 levels of pressure with a fine 0.7mm tip. Detaching the S Pen from the device automatically launches the Air Command menu.

As for specs, the new Notebook 9 Pen flaunts a 13-inch Samsung RealViewTouch FHD display and powered by the 8th generation Intel Core i7 processor coupled with up to 16GB RAM and up to 512GB storage space.

Other specs and features of the Notebook 9 pen include a 39WHr battery,  backlit keyboard,  a precision touchpad, fingerprint sensor, an IR camera with 720p resolution, a USB Type-C port, a USB 3.0 port, and an HDMI port. The device comes pre-loaded with Windows 10 and also supports Windows Hello for built-in secure authentication via fingerprint sensor.

The Notebook 9 (2018) like the  Notebook 9 pen is encased in a light, yet durable magnesium-aluminum alloy called Metal12. Weighing 2.84 pounds (1,288 grams) and 15.4mm thin, Samsung says the device is one of the thinnest and lightest notebooks in its class.

The Notebook 9 (2018) will be available in two variants – a Notebook 9 (2018) with a 13.3-inch display and another with a 15-inch display. They both feature slim bezels measuring 6.2mm around the displays for an immersive user experience to the users. Both variants also offer Full HD resolution and are powere by Intel Core i7 (8thgen) and Intel HD Graphics.

Aside from the variations in display size, dimensions, and weight, both variants of the Notebook 9 sports virtually same specifications. They both come with up to 16GB RAM, up to 1GB storage space, a 720p HD front-facing camera, a USB Type-C port, dual USB 3.0 ports,  an HDMI port, a fingerprint sensor, precision touchpad,  backlit keyboard and are both powered by a 75WHr battery. 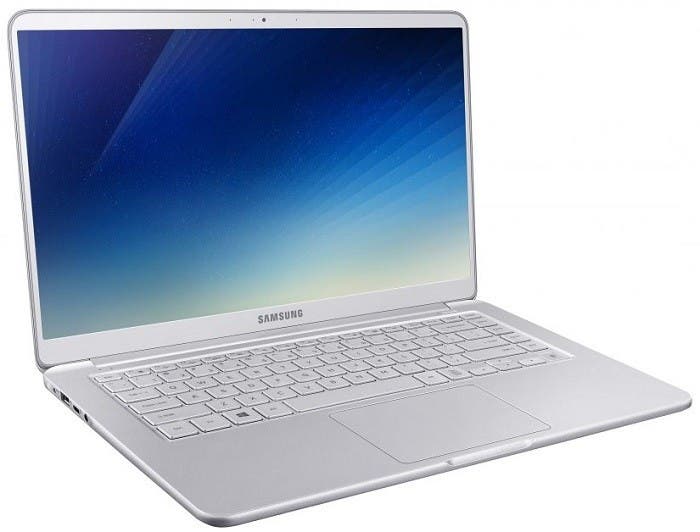 Both Samsung Notebook 9 Pen and Notebook 9 (2018) laptops will be available later this Month in Samsung’s home country, before heading to other countries including U.S in the first quarter of 2018. Both devices will be showcased at CES 2018 in Las Vegas.

Next Meizu Blue Charm S Leaked On A Photo