While we are seeing a new full-screen smartphone every day announced by various manufacturers, there is still a company that hasn’t release its own model. It’s not difficult we are talking about Meizu. All we are waiting for the Meizu 15 and 15 Plus to hit the market next spring. But these models won’t sport a full-screen. On the other hand, we have heard about a new Blue Charm model with a bezel-less screen for many times. But till today nothing certain has been said. As for now, the phone has appeared on the net. It is sold for 2500 yuan ($378). As the seller claims, this is the Meizu Blue Charm S aka Meizu M6S. Let’s figure out. 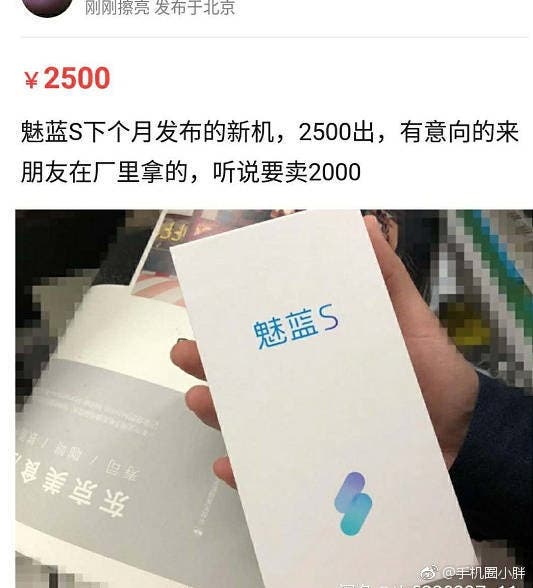 We know Blue Charm would be run independently from Meizu. It even will have its own website. This is a part of the company’s rebranding. Honestly, the Blue Charm line smartphones have been more or less attractive than other models. So the manufacturer has decided to run it separately.

Undoubtedly, the first full-screen smartphone with a Meizu branding will come from Blue Charm line. But when it will happen has been unknown till the date. As we said, a mysterious smartphone dubbed as the Meizu Blue Charm S is currently sold in the second-hand market. The seller proves it was taken out from the factory. Moreover, he discloses the Blue Charm S will be announced next month at a price tag of 2000 yuan ($302).

At last, the box in the photo shows an absolutely redesigned Meizu logo. So we have all reasons to assume this is a real product and someone has stolen it. Cross fingers and wait for the first Meizu full-screen phone as soon as the next month.

Next Nubia Has Developed A New Technology For Under-Glass Camera