Releasing smartphones with some sort of customisation in the guise of limited edition phones are increasingly becoming a common practice amongst manufacturers despite the huge price tag associated with them. Samsung mobile isn’t new to the business of announcing limited editions of its flagship phones, and while most of  our reports in the last couple of weeks has been on the upcoming flagship Galaxy S9/S9 plus and the Galaxy A 2018 series, the folks over at Samsung has decided to breath more life into the phablet Galaxy Note 8.

Designed in partnership with 99 Avant, the Samsung Galaxy Note 8 X 99 Avant Limited Edition which will be limited to 99 units only has no special designs on its casing but comes with a separate hand-crafted case that features the exclusive artwork and signature of Han Seung-Woo. The device features a unique AVA code to attest to its authenticity. Also part of the limited edition device are some specially made wallpapers and icons based on artworks from 99 Avant.

Other than the aforementioned customisations and the addition of 256GB of storage, nothing seems to have changed from the regular Note 8 with its inbuilt stylus. 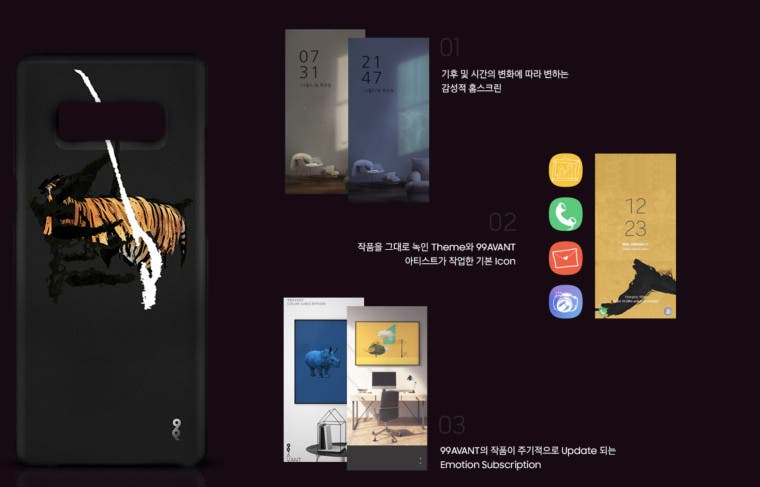 This isn’t the first we are seeing a special edition device with such a huge price tag, Just about a week ago, LG unveiled the  LG  V30 Signature Edition priced at about $1,800. The high question on the lips of many right now is are these customisation worth the huge price tag often associated with these phones? You can share your opinion with us using the comment section below.

Next Is Nubia working on an Essential-like phone?