Earlier today we saw the Meizu Blue Charm full-screen phone leaked on TENAA documents. As for now, another full-screen phone carrying Meizu brand has spotted in a spy photo. It’s supposed to be the Meizu 15 Plus, which is an anniversary phone set to launch in March.

First, we saw the Meizu 15 Plus packaging posted by the company’s founder, Jack Wong. Then the phone has leaked in a few photos showing the back and the front. So we could make some assumptions. Say, we know it will use a tri-bezel-less design like the Xiaomi Mi MIX 2. Thus the sensors and the front camera will be placed on the chin. However, unlike the aforementioned model, the Meizu 15 Plus will sport more rounded corners for better ergonomics.

Other than that, there is an oval-shaped home button located below the screen. So it turns out Meizu has combined two different philosophies used in Xiaomi and Huawei models. But such a design also causes a question. What a black ring is on the back below the dual-camera? 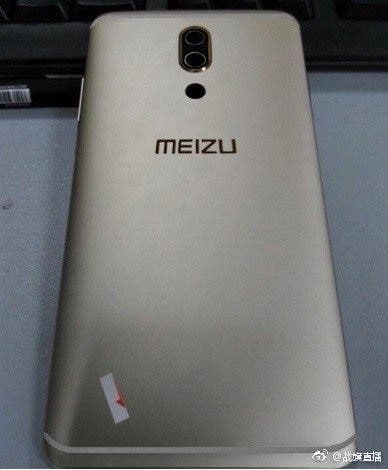 As for the chip, the Meizu 15 Plus is said to come with a Snapdragon 660 SoC. This is the best offer in the super mid-range market providing performance close to the Snapdragon 821. But there are two chips developed for high-end market especially. If not aware, we are talking about the Snapdragon 835/845. So won’t the SND660 be outdated next spring?