A couple of weeks ago, Chinese manufacturing giant, OnePlus, unveiled the OnePlus 5T. At the time of its launch, it came with the stars black color. Subsequently, we saw the lava red version and in December, OnePlus dropped the Star Wars Edition of OnePlus 5T. Now, the white color variant of OnePlus 5T just surfaced online. As of now, for copyright reasons, the Star Wars Edition is only available in the Indian market which leaves potential users in other parts of the world with only two choices. The addition of a third (White Version) just expanded the available options for this smartphone. 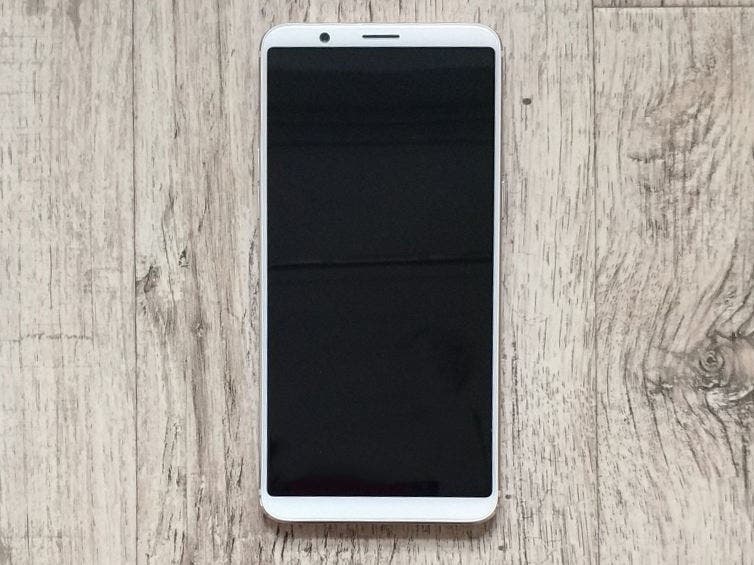 The front fuselage of the OnePlus 5T white version is quite different from that of the Star Wars edition. Just like the OnePlus 3T  mint gold color version, the white color variant has a white front panel. From the images, the back panel was not exposed thus we do not know if it will be the same mint gold color like the OP 3T or it may even be the same as the Star Wars version back panel. In terms of configuration, it is expected that the OnePlus 5T white version will not be different from other variants.

As a reminder, OnePlus 5T is powered by an octa-core Snapdragon 835 chipset clocking 2.45GHz coupled with 6GB of RAM and 64GB of internal storage. There is also the 8GB of RAM and 128GB of internal storage variant. It features a Gorilla Glass 5 protected 6-inch AMOLED display having an 18:9 aspect ratio with a 1080 x 2160 pixel resolution. Its 80.43% screen-to-body ratio means that this smartphone has narrower bezels than its predecessor. Its display is handled by an  Adreno 540 GPU and a seamless operation is guaranteed by its pre-installed Android Nougat OS with OxygenOS UI running on top. In the camera department, we have a dual rear camera setup where a 16MP shooter is supported by a 20MP snapper both of which have a  f/1.7 aperture. For selfies, you can rely on its 16MP front-facing camera to do a perfect job. Furthermore, the OnePlus 5T which is currently available in Midnight Black color has a rear fingerprint scanner and a 3300mAh battery which supports Dash Charge.

Read Also:  OnePlus 10 Pro passes by Geekbench and the score is disappointing

Next Bluboo S8 Plus review: the bigger, the better...