Barely a month after it rolled out Android Oreo Preview update for its V30 smartphone, some users of the LG V30 in LG’s South Korea are now reportedly receiving the much awaited Android Oreo update. The company also confirmed the update on its Social blog, where it claims that they’re the first manufacturer in Korea to deliver the Oreo update to its devices.

The update with version number v20e is about 1420MB in size and brings lots of Android Oreo-based features. The update apart from bringing improvements in battery life improved sound source LDAC that will minimize sound loss and overall system performance also brings other Oreo-based features including the Picture-in-Picture, Notification dots, smart text selection, and more.

The LG V30/V30+ Android Oreo update can be downloaded as OTA update. Users of the V30 should be prompted for this update when available, but can alternatively check or download the update manually via your phone Settings> About Phone, to check for the latest update. 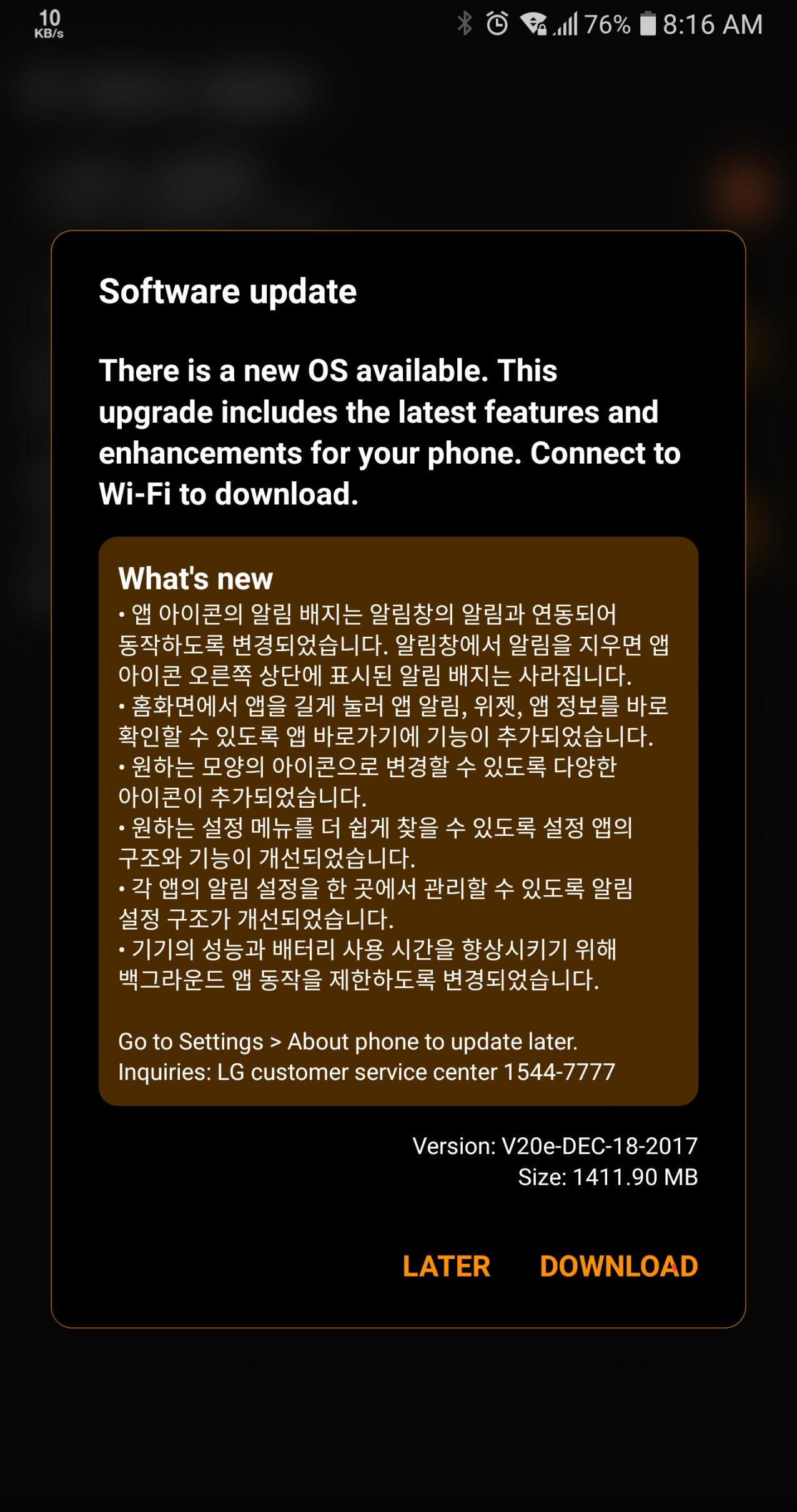 The LG V30/V30+current Oreo update is only for users in North Korea, we expect the update to roll out to Europe and other regions in the early days of 2018.

Next No Under-Screen Fingerprint Reader For Xiaomi Mi 7