The LG G6, without doubt, is one of LG’s best-looking phone to date. The device debuted with Android 7 Oreo out of the box and LG  seems to be taking forever before it seed Oreo update. However, it now appears the South Korean giant has been hard at work on an Oreo update, but only currently available some  LG G6 users in China as the Android 8.0 beta.

First reported by a forum user in China, the LG G6 Android 8.0 beta is currently rolling out to LG G6 with model numbers: LGM-G600L, LGM-G600S, LGM-G600K, LGM-G600LR, LGM-G600SR, LGM-G600KR, LGM-G600LP, LGM-G600SP, and LGM-G600KP. The software version of the beta is V19A, but the exact size is not clear at the moment.The update comes with the picture-in-picture, revamped app shortcuts, a new settings screen, adoptive icons, the capability to snooze notifications from certain apps, and lot more. 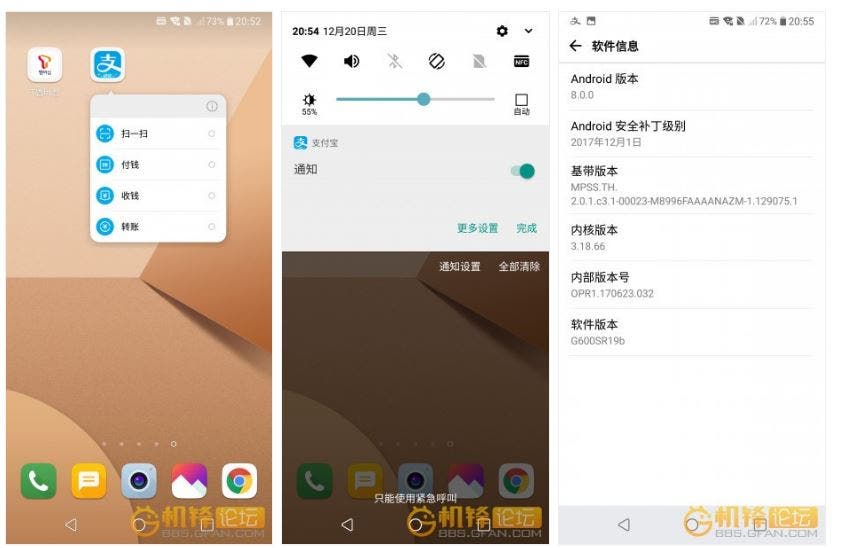 The update is specific to users of the LG G6 in China –  We are not sure if it will be expanded to accommodate users out of China or if they would be directly getting a stable version when available.  Recall that LG just recently released a stable version of Oreo for the V30 in Home Country, so we expect the update to roll out to G6 users probably before Dec 31 or in the early days of 2018.

Next Android 8.0 Oreo Beta is rolling out to OnePlus 5T owners