In a move that could be a big boost for Google as well as India, Android Go phones are set for release in the country this month. These smartphones will be on shelves for as little as $30 in India with 1 GB RAM. The $30 segment in India is dominated by feature phones like Jio Phone. However, this condensed Android version on ultra-affordable phones will usher in a new wave of smartphone users. 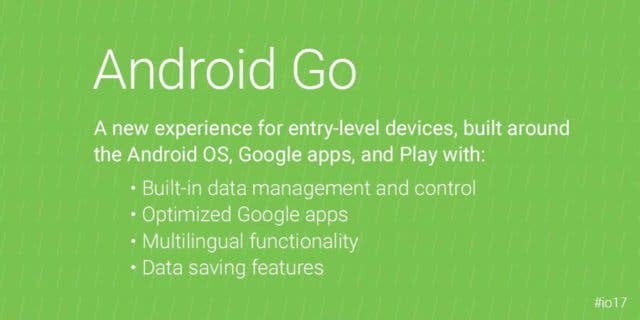 Google announced Android Oreo (Go Edition) in India last month. Now, the multi-national has tied up with local manufacturers like Micromax, Intex, Lava, and Karbonn to make these new devices a reality. This info reported by Factor Daily also adds that devices with Android Go will be priced as low as Rs 2000.

According to a Google official, these devices should launch in early 2018. Also, Micromax might be the first to out such a handset in India this month itself, according to reports.

Indian phone makers are not the only one in the race of an Android Go phone. Earlier, reports of a Nokia Android Go phone had surfaced as well. It remains to be seen what any of these phones will look like in design. However, they will run a watered-down OS with resource friendly apps like YouTube Go. Google has built apps like the Play Store from the ground up especially for the new OS. This, in turn, will help Google in its quest to gain a billion more users on the Android ecosystem.