CES 2018 has been more and more about laptops and emerging tech this year rather than smartphones. But there’s some promising news coming from the annual expo. It seems Samsung did actually bring its foldable phone prototype to the event but reserved it for the eyes of a select few. The company did the same thing last year as well but this time the product looks production-ready, observers have said. Samsung’s Galaxy X is said to be a 7.3-inch device when you measure the full display. 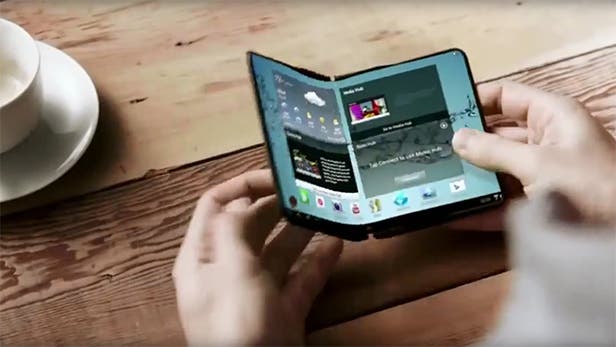 “Samsung attracted more clients to the private meeting compared to last year. The phone development seems to be almost finished, raising expectations for the phone launch,” said one particular individual who knows about the secret show-off.

Samsung has two types of prototypes of the Galaxy X aka, the foldable phone. One of them is an in-folding design, the other is an out-folding-design. The in-folding is considered first gen while the out-folding design is called second-gen by the industry. For now, the company plans to produce only the in-folding design. That is good news as it will have a very high curvature of 1R. According to reports, it folds like a sheet of paper and there is no room between the two folds. These foldable displays are said to be durable enough that they can be folded 200,000 times without any issues.

Latest reports tip the Galaxy X to undergo mass production in November this year. If all stays on track, we could see these new toys in consumer’s hands next year. One thing is for sure, they won’t come cheap.

Next Pisen CES 2018 Coverage - Visit their Booth for a Free Battery Replacement!