In a live Q&A session that was conducted by MIUI on Mi Live, it was disclosed that MIUI 10 is already under development. Vice President of MIUI software division, Huang Longzhong confirmed that the next version of MIUI will be released later this year. 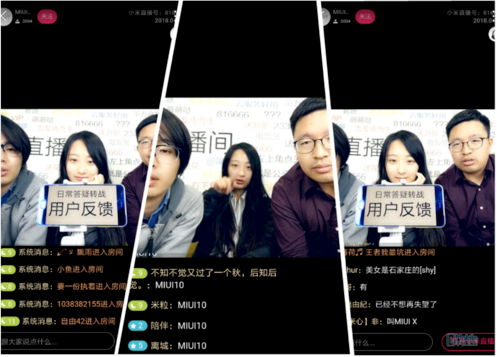 It has not been long since MIUI 9 Stable version started hitting Xiaomi devices and it’s good to know that the next version is already in the works. In the Q&A session, Huang confirmed that the development has started and the next version might be called either MIUI 10 or MIUI X. He also interacted with the attendees seeking their requirements in the next iteration. Before this, Hong Zhong, Xiaomi hinted towards the presence of an in-house A.I, something manufacturers like Huawei and Samsung have implemented.

MIUI 9 has hit almost all the Mi and Redmi devices with many more models still in line to receive them. Huang confirmed that these devices will soon receive the update. If we are to speculate, users might get to see the MIUI X anytime during the second or third quarter of this year. What do you think needs to be improved in MIUI 9? Is A.I really that important a feature that you would want to have? Let us know in the comments below!

Next Elephone U Pro Shows Off Impressive 18:9 Curved Display (Video)