HTC doesn’t want to fall behind other top smartphone makers and has accelerated the process of launching new phones. The latest flagship model announced by this manufacturer is the HTC U11 Eyes, which was uncovered on January 15, as scheduled. This mode has been known as HTC Ocean Harmony, but as you know the Taiwanese manufacturer renamed its models at the launch time. Plus, to emphasize the selfie-centric nature of this phone it got a suffix of Eyes. Anyway, it was set to go on sale on January 25. Nothing changed, and this awesome smartphone is ready for purchase. But the manufacturer has prepared a surprise – the initially set price tag was reduced to 2999 yuan ($474) from 3299 yuan ($522). 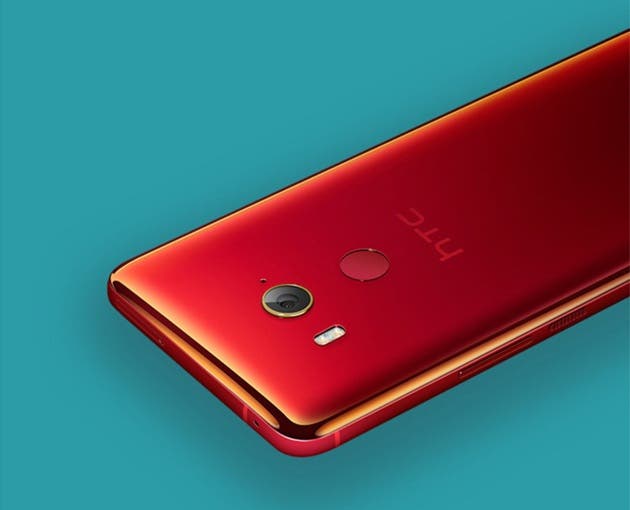 The HTC U11 Eyes continues the best traditions of the HTC U11 and U11+ and comes with a 12MP camera using UltraPixel Gen3 camera technology, and supporting HDR, Optical Image Stabilization as well as Electronic Image Stabilization, UltraSpeed full-pixel auto-focus and many more.

Mainly, it’s identical to the HTC U11, but as we are dealing with a full-screen phone, the home button is removed. Like its predecessor, it is still using a USB Type-C for a faster data transfer and charging. 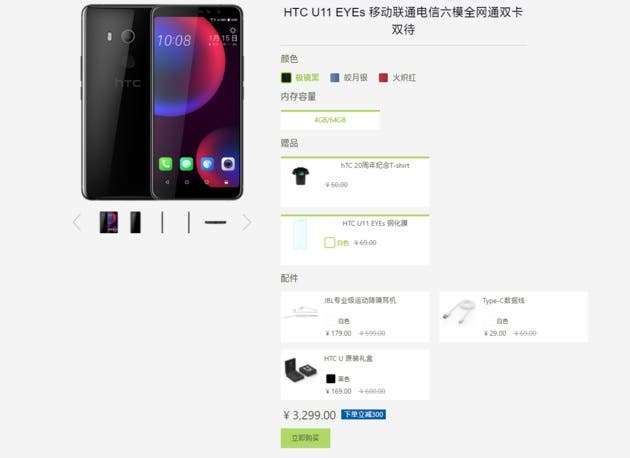 There are three color options to choose from – glossy black, bright silver, and red fire. The manufacturer has also announced the lucky customers will get an HTC 20th anniversary t-shirt and an HTC U11 EYEs tempered film.