Aside from the flagship Moto G6 and G6 plus, Lenovo owned Motorola is apparently working on other smartphones to be announced soon. Speculations, leaks, and renders about the Moto X5  and the entry-level Moto E5 started making rounds on the web, revealing their features and look. Only recently, the Moto XT1922-4 & XT1922-5 which are supposedly two variants of the Moto E5 cleared the US authorization body FCC, and now the same Moto device with XT1922 model number has been certified by Wi-Fi Alliance hinting that official launch could be just around the corner.

Besides the XT1922 model number, the  Wi-Fi certification confirmed a few other details, which are that the purported Moto E5 will boot Android 8.0 Oreo out of the box, and will be powered by the MSM8937 processor (SNAPDRAGON 430). 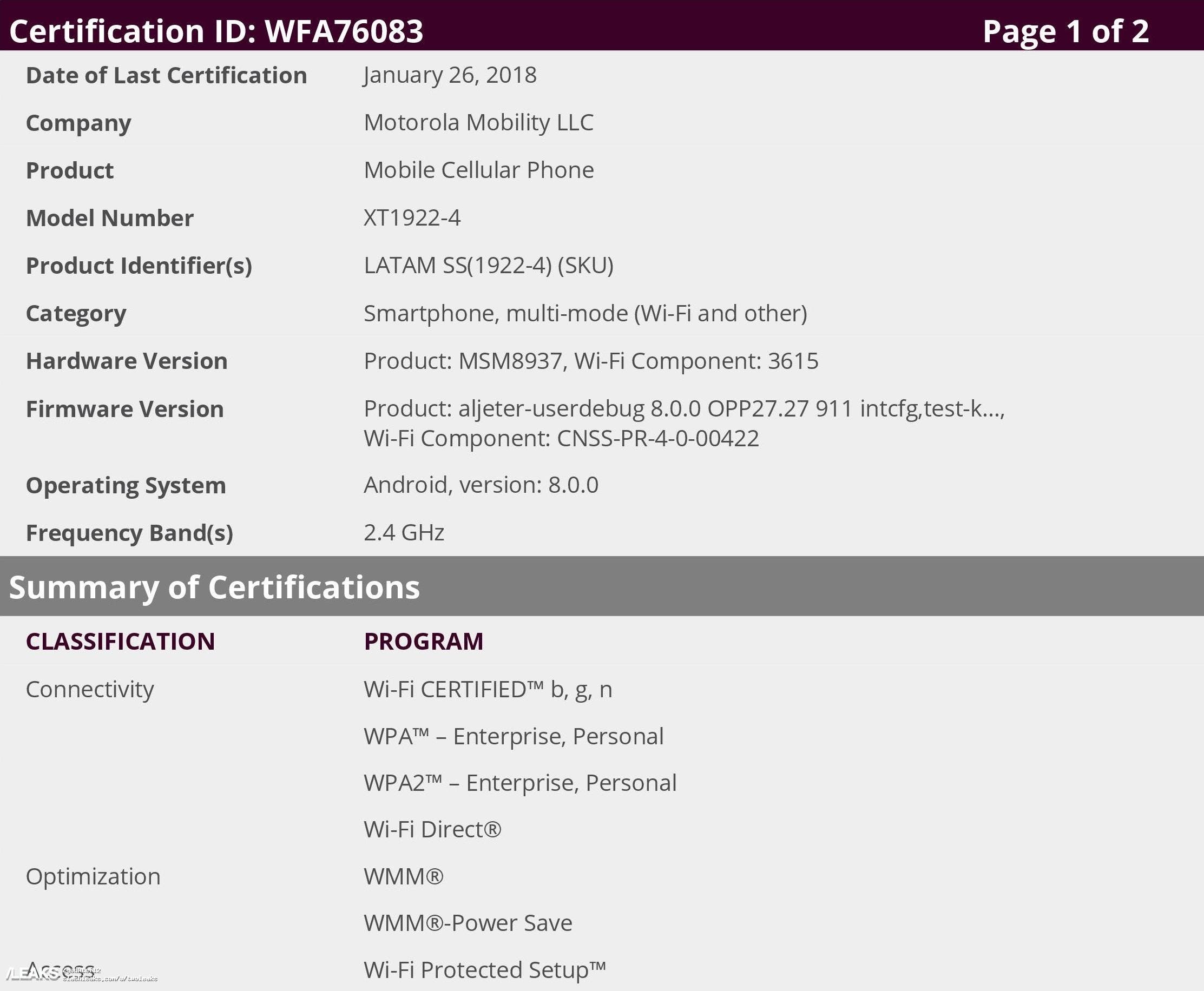 Asper previous rumors, the Moto E5 is expected to come with a compact 5.0″ display with the standard 16:9 aspect ratio display and sport a circular fingerprint sensor, while a protruding rear camera setup with LED flash sits at the rear. A check through the FCC listing page suggests that the Moto E5 will be dual SIM enabled with the most bit and the most interesting is that the device will pack 4000mAh battery which could be a huge upgrade over the Moto E4 that packed a mere 2800mAh battery.

No official words on when the device will be officially announced.

Previous Nokia 7 Plus with Snapdragon 660 spotted on Geekbench