Two unknown Smartphones from Motorola have been seen on the US certification site – the FCC, an indication that these devices are billed to arrive soon. Though the certification site doesn’t reveal the name and the specs carried by any of the devices, there are speculations that both devices with XT1922-4 & XT1922-5 are both the Moto E5 and Moto E5 Plus.

The FCC while usually not good at exposing specs reveals a few interesting bit about both devices. For one,  a check through the FCC page suggests that both devices will be dual SIM enabled. The other bit and the most interesting is that the device will pack 4000mAh battery which could be a huge upgrade over the Moto E4 that packed a mere 2800mAh battery. 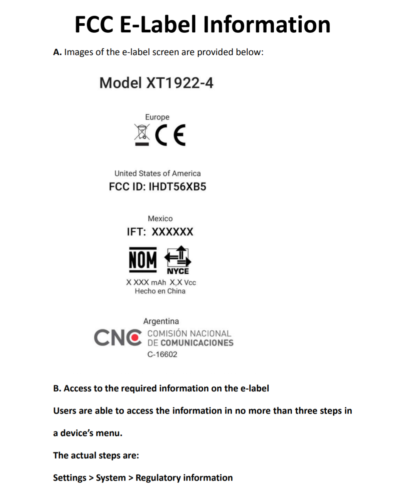 The rest of the specs so far established by leaks and rumors include a metal unibody design fitted with a compact 5-inch display with 16:9 aspect ratio. The device is expected to retain the MediaTek SoC of its predecessor, while the rear remains the position of choice for the fingerprint scanner. 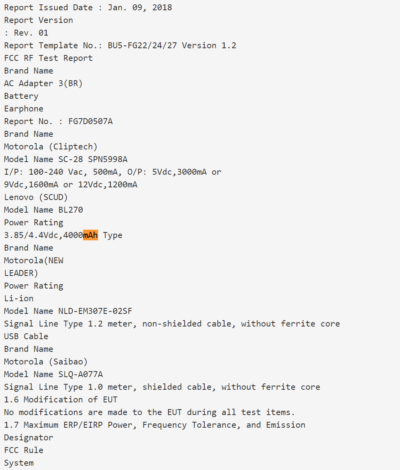 The Moto E4 and E4 plus were both announced in June 2017, but there are speculations that the 5th generation Moto E5 and E5 plus might get a launch soon, probably at MWC alongside the Moto G6 and G6 plus. As for the price, we can expect something in the region of $120 – $150 for the base model. 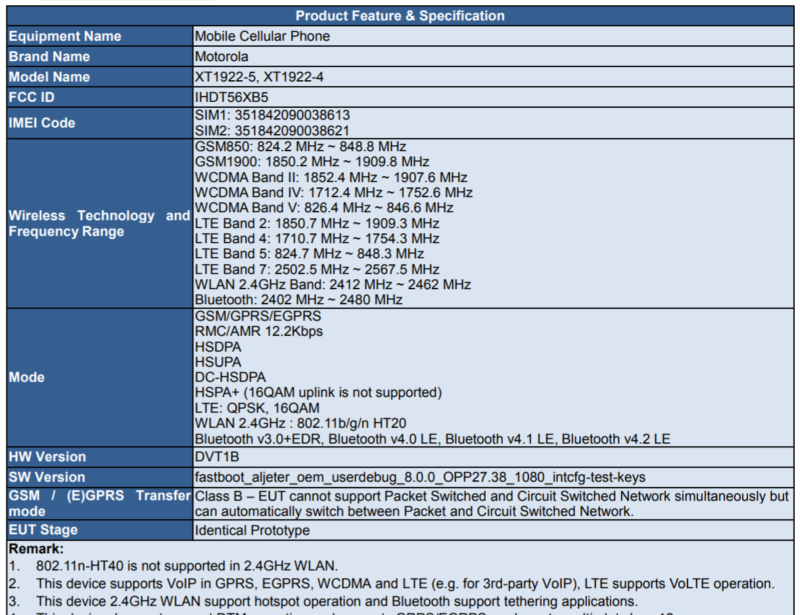 Next Fujitsu is Selling Its Mobile Phone Unit To Polaris Capital