Back in 2016, Meizu revealed to the world the sixth version of their very known Android skin, The Flyme OS. After quite some time providing just minor upgrades, the company seems to be ready to unveil the new Flyme 7.

A freshly leaked banner from the 7th version of Meizu’s OS popped out citing February 24th as the release day. Worth to mention that the referred picture is the first concrete proof that we get from the upcoming Flyme. 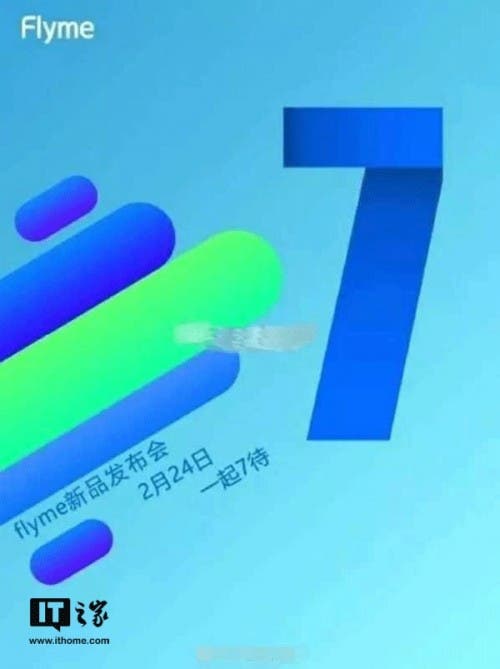 The new update described as  Flyme7v982.BETA281 will bring plenty of new fixes and a whole overhaul in UI. There is also a feature called “mQuickButton” which we believe that will allow users to set and launch custom features directly from a button press. The Meizu’s OneMind AI will also get updated to the 2.0 version. It’s no surprise to see an update in the Flyme AI motor, since it’s a new trend, and Meizu intend to strive to reach once again its place in the market. The 7th version of the OS will also bring a lot of improvements in battery’s endurance.

Meizu will also expand the Cloud storage abilities of its software, bringing a ready Cloud Backup feature to Flyme 7. Currently, there is no information if Flyme 7 will be built atop of the latest Android Oreo, or if it will be a Nougat based software. While the first choice would be much more pleasurable, the latter couldn’t be discarded. 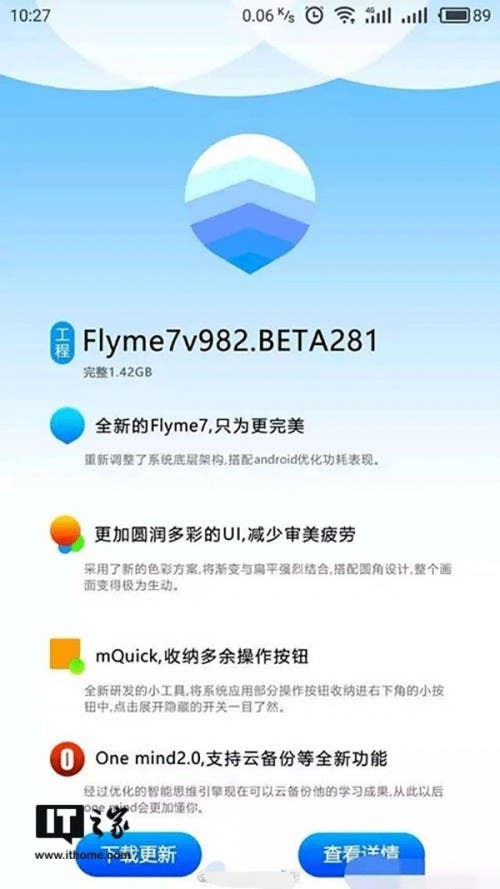 According to rumors, Meizu is preparing two big smartphones launches for the next month, given the fact that Flyme OS 7 might arrive at the same month, we can expect the release of both Meizu 15, Meizu 15 Plus and Flyme 7  will happen at the same day. The two newest smartphone will revolutionize once again Meizu’s design language and the iteration between its software and hardware, so wouldn’t be a surprise if Flyme 7 arrive at the same date, running atop the two smartphones. So, you’re a Meizu’s enthusiasts and love FlymeOS and all its features? Mark the February 24th date.