With the launch of the iPhone X, the Cupertino-based company gave rise to two features- full-screen design and facial recognition. But if the former one had been popular before that, the iPhone X was the first phone to support the Face ID. Actually, these two features are linked. If you remember, initially the fingerprint scanner was mounted on the back. Later it was moved to the front under the home button. Of course, there were a couple of smartphones carrying it on the side, but they don’t count. Currently, all smartphone makers are trying to come in with a higher screen ratio. So there is no space for the home button. In this case, either it has to be moved to the back again or the companies should invent something better. Apple chose facial recognition. VIVO chose under-display fingerprint recognition. But seems it’s easier to bring the former technology to the Android phones rather than the later. Yesterday, Huawei announced the Honor 7X will be getting an OTA update to enable the facial recognition feature on the phone. Today, on February 6 the update is being pushed to the final users. 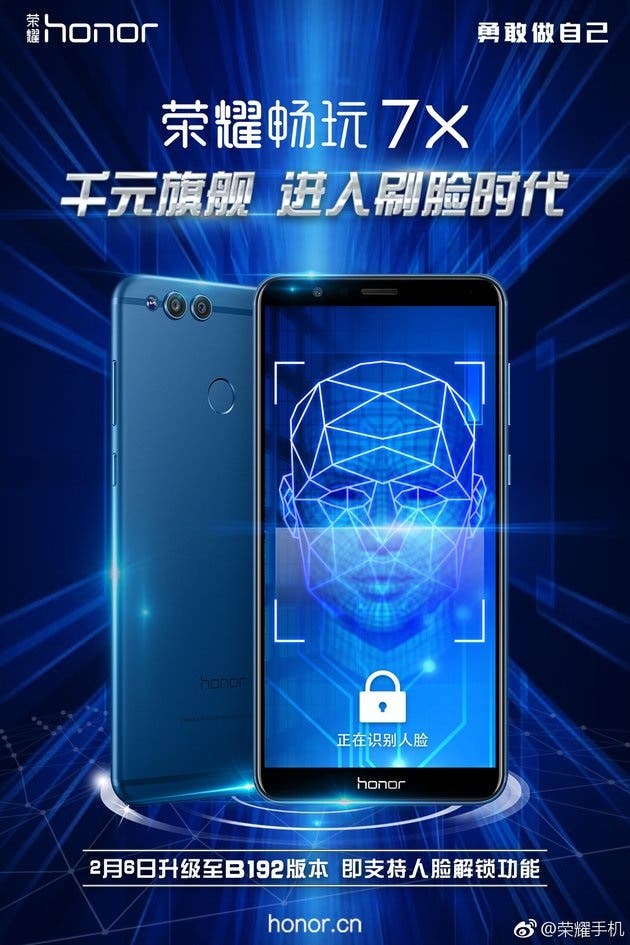 The Huawei Honor 7X is considered to be one the most beloved thousand-yuan devices. This simply means it is priced too low but comes with tons of trendy features. Among them, we can mention a 5.93-inch full-screen with a Full HD resolution and 407ppi pixel density, Kirin 659 octa-core chip, 3/4GB of RAM, 32/64GB of ROM, 16+2MP dual-camera on the back, 8MP shooter on the front, 3340mAh capacity battery, and a fingerprint scanner placed on the rear. So with this update, the Huawei Honor 7X will become one of those devices that offers a more innovative way for protecting your phone’s data via the facial recognition. 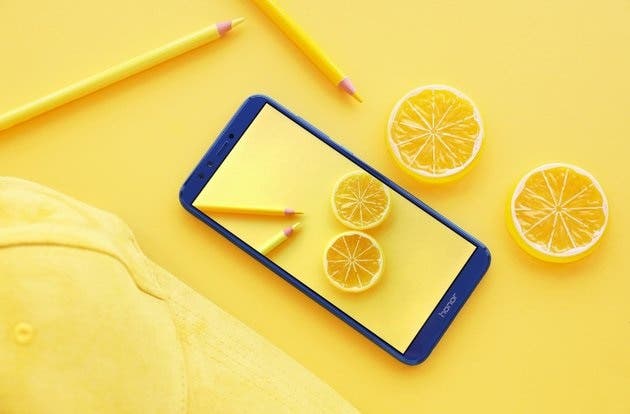 Earlier, when the Apple iPhone X was announced, we predicted its Face ID will become a mainstream. We were right. But it doesn’t perform perfectly. So maybe the manufacturers have to think of the under-display fingerprint technology as well?