Those of us familiar with Samsung’s own ways of doing things should already be aware that the Galaxy S9 duo will be launched in two chipset variants – a Snapdragon 845 powered Galaxy S9 and another powered by homegrown Exynos chipset, this is, however, market dependent.

With just two weeks to the expected launch date of the Galaxy S9 duo, the Galaxy S9 with the model number SM-G960F with an Exynos 9810 has appeared on the Geekbench site with unprecedented scores at both the single and multi-core test performance.

Now in terms of performance, the Exynos 9810 powered Galaxy S9 outscores both the SM-G9650 Galaxy S9+ powered by Snapdragon 845 and the Galaxy Note 8 powered by the Snapdragon 835 and Exynos 8895 on the multi-core test level. 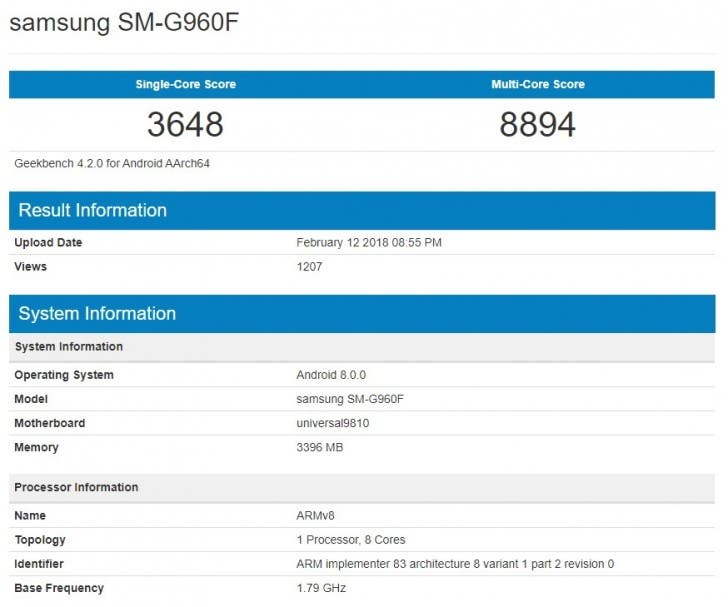 For comparison sake, the Galaxy S9 with SD 845 despite having 6GB of Ram and running on the same Android 8.0 Oreo is way behind the Exynos 9810 variant with even lesser RAM size.