This year is coming to an end and we have seen numerous flagship devices with a comprehensive screen which was actually one of the main developmental achievements of the smartphone industry this year. The likes of Xiaomi MIX 2, Samsung Note 8, Huawei Mate 10 and other Android devices debuted with a full-screen display. Fingerprint identification is also another feature that all flagship devices used and so far, only iPhone X abandoned this feature as a result of its TrueDepth Camera system which should support 3D Facial Recognition. This would probably take iOS out of the fingerprint recognition world, however, the Android camp is still very much with fingerprint sensors. 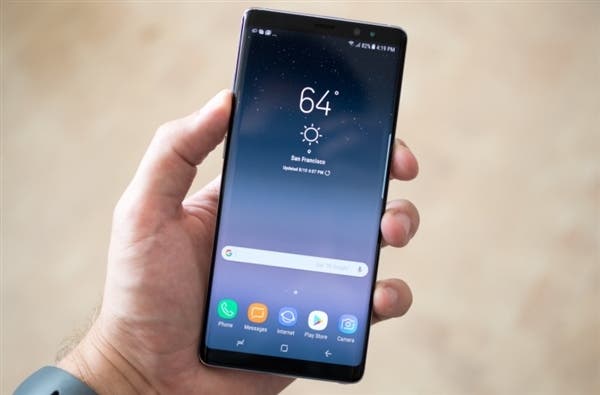 Earlier reports suggest that Samsung aims to closely study Apple’s Face ID recognition technology and hopes to use it in its next-generation flagship (Samsung Galaxy S9). If this succeeds, it would make Galaxy S9 the first Android smartphone to offer 3D Facial Recognition feature. 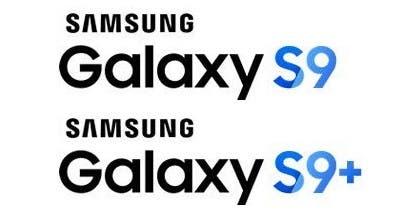 Now, a fresh news from a known leaker @Benjamin Geskin has said that just like Galaxy S8 and S8+, the upcoming Galaxy S9 will also have an S9+ model. According to him, the models are 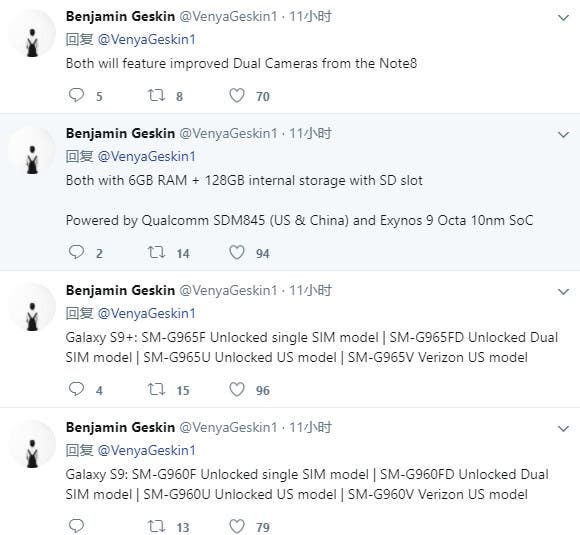 These two flagships which would probably be launched at the 2018 MWC are expected to sport the yet-to-be-released Qualcomm Snapdragon 845 chip (US version) and Exynos 9 Octa 10nm chip (other markets).  The S9 series will be equipped with 6GB of RAM and will support external cards. In addition, the dual-shot of Galaxy S9 will be improved from what the S8 Note has although the specifications are not expected to change, just some functional improvements.