We finally have Xiaomi’s first launch of 2018 in the highly anticipated Redmi Note 5 series today in India. After doubts and rumours that Xiaomi might not launch the series, the company has not only launched a Redmi Note but also a Pro variant for the first time ever.
Now, we wouldn’t say that we didn’t have our fair share of leaks of the Redmi Note 5. 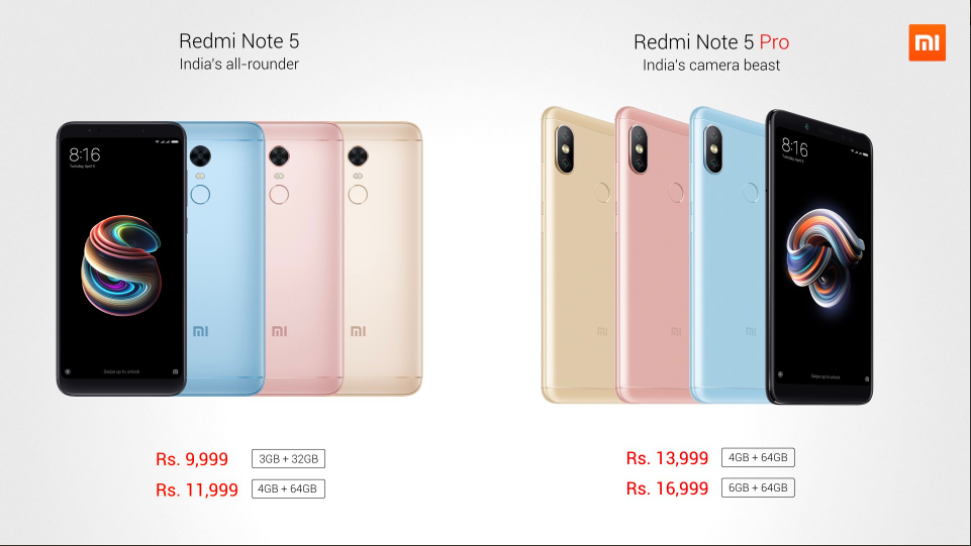 A day back, a massive leak involving an official render of both Redmi Note 5/Note 5 Pro broke out online. A late night leak also supposedly leaked the price of both the handsets. Apart from the hot-selling series, Xiaomi also launched a smart Mi LED TV 4 (55) in India.

The Redmi Note 5 Pro shares the same display as the Redmi Note 5. Or shall we call it the Redmi 5 Plus? It sports a 5.99-inch Full HD+ display with on-screen navigation buttons. Under the hood, Xiaomi has endowed the handset with a strong Snapdragon 636 SoC.
The handset sports a dual camera setup on the back for the first time. The iPhone X resembling setup consists of a 12MP + 5 MP duo with a f/2.2 and f/2.0 aperture respectively. The front snapper is also a 20 MP Sony IMX376 shooter that has Beautify 4.0 and LED Selfie-light. Redmi Note 5 Pro also promises a Face Unlock feature. However, it doesn’t come out of the box. It will arrive via an OTA update by the end of March 2018.

The battery, however, doesn’t get an upgrade and remains the same 4,000mAh capacity for both the models. Moreover, Xiaomi doesn’t add fast charging with either of the variants nor a USB Type C port even this year. The Redmi Note 5 Pro has a 4 GB/6 GB variant. Both the two models get 64 GB of expandable storage. 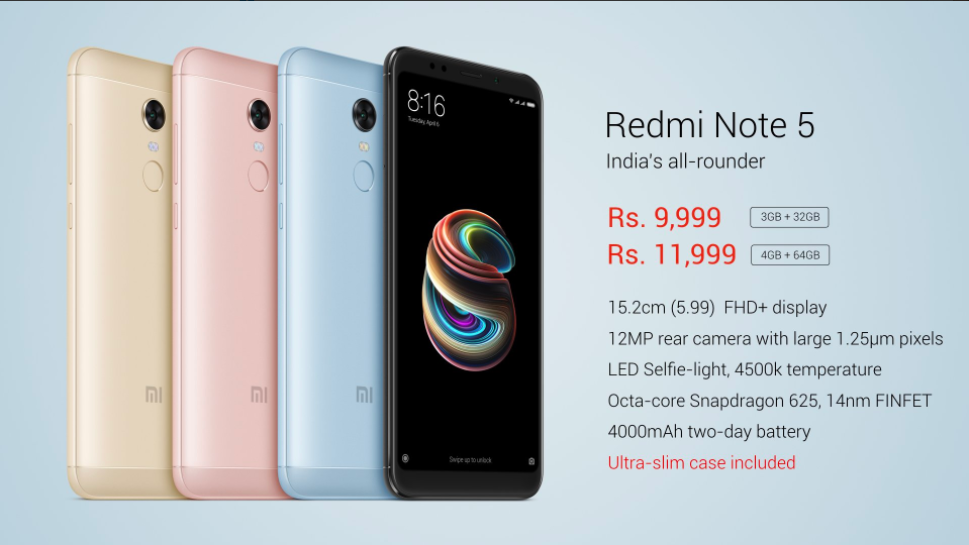 Next Moto G6 series to get rid of chunky bezels, hints HTML5 test