Moto’s G series is another of those lines which is popular among budget smartphone fans. Well, a Moto 2018 G6 series handset has recently passed Wi-Fi Alliance. There are actually three handsets that passed the Wi-Fi Alliance. Those are XT1922-1 which is believed to be the Moto G6 Play. Other two models are XT1944-1 and XT1924-1. 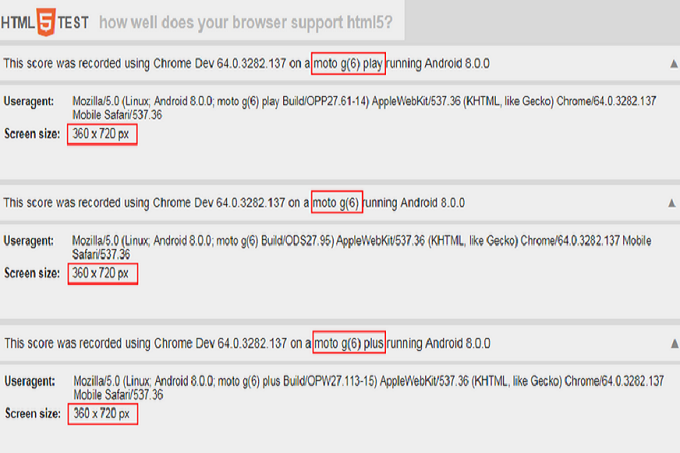 According to reports, these could be the entry-level Moto E5, and Moto E5 Plus.
Now, the Moto G6 Play has been snapped in the wild before, but those images created more confusion due to its blurred nature. However, Wi-Fi Alliance certification brings an interesting tidbit of info. Today, some footage of an HTML5 test surfaced online. They show the entire Moto G6 series will sport an 18:9 aspect ratio display. This wasn’t quite visible with the leaked photos that came out earlier. However, the three models, Moto G6, G6 Play, and Moto G6 Plus showed a wrong resolution of 360 x 720, the ratio does hint at an 18:9 aspect ratio. So, this means that the series will feature a Full HD+ 1080 x 2160 displays.

The Moto G6 Play is expected to be powered by a Snapdragon 430 CPU. Moreover, the software will be Android 8.0 Oreo.

We could see the Moto G series at MWC 2018, or even on April 3rd when Moto is holding an event supposedly for a Moto E5 launch.