From the available details on the Bench site, the alleged Galaxy J4 is expected to be powered by an Exynos 7570 chipset paired with 2GB of RAM. The device is seen running the Android 8.0 Oreo out-of-the-box, while it pulled a total of 623 points and 1813 points in the single-core and multi-core tests, respectively. 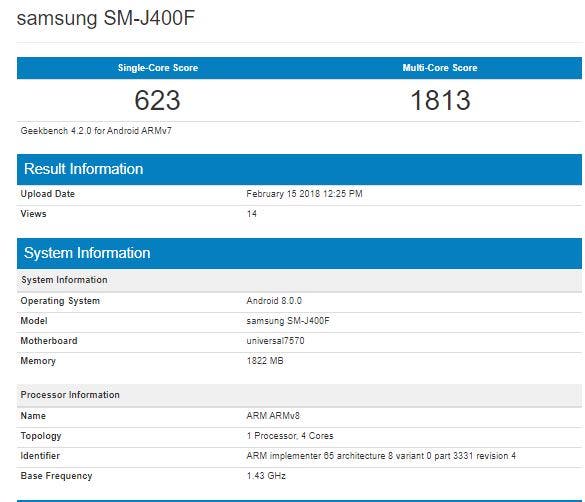 Unfortunately, the listing did not reveal anything else about the Samsung Galaxy J4 and been the very first time the device is making headlines,  so details are still scarce. Samsung will be unveiling the Galaxy S9 duo in a couple of days from now,  few other phones and maybe the J4 could see the light of the then at its Feb. 25th event in Barcelona

Previous After HD renders, live image of Nokia 7 Plus leaks

Next Samsung Galaxy S9/S9+ To Cost A Fortune