The Samsung Galaxy J3 2017 is one of those budget friendly phones that has made quite an impact for months prior to its official release, with a lot of rumors spreading about it. 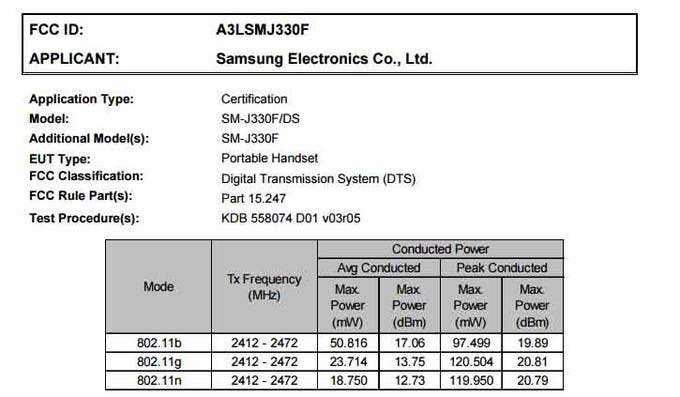 Today the upcoming model was spotted on the  Federal Communications Commission (FCC) website, which suggests an official release is imminent. According to its listing, it will be possibly available in two variants, code named Samsung SM-J330F and SM-J330DS, with the first been a single SIM phone and the second offering Dual SIM support.

Rumors insist that the two devices will be identical to its other specifications, mainly running on Android 7.0  Nougat, packing a quad core Exynos 7570 SoC, along with 2GB of RAM and 16GB of expandable storage. Both versions of the Samsung Galaxy J3 2017 will pack a 5 inch HD display, along with 12MPixel main camera and a 5MP selfie shooter.

Next Coolpad Cool Play 6 officially unveiled, it's a gamer's choice!