A new phone with the label of HMD Global’s Nokia has been certified by the Federal Communications Commission in the US. The certification is an indication that the said device might drop soon, likely making its debut later at the MWC in Barcelona alongside the Nokia 9 and a couple of other Nokia phones from HMD Global.

A report on Nokiamobs indicates that a never seen before HMD branded Nokia phone with model number NOKIA TA-1048 has passed through the FCC. The device is labeled as a GSM/WCDMA/LTE Mobile Phone, an indication that it could be a 4G feature phone and not a smartphone.

We’re not a 100% certain on the specifics of the device, but there are indications that it might be the global variant of the Nokia TA-1047 which was earlier certified by Bluetooth SIG and the FCC.

Other than been a GSM/WCDMA/LTE Mobile Phone, the FCC documents revealed that the NOKIA TA-1048 will come with Dual-SIM (uses MicroSIM) support, as well as a dedicated slot for MicroSD card. 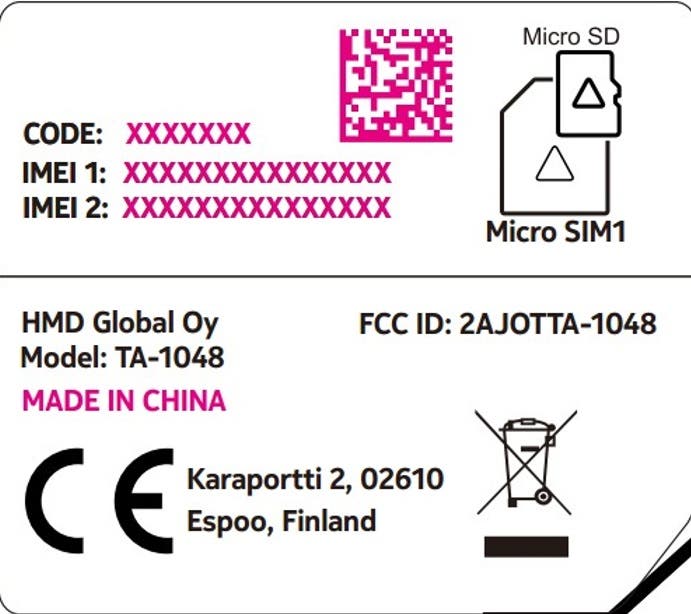 A couple of weeks back, Nokia announced the 4G version of the iconic Nokia 3310 in China but has not detail its global rollout plan, so It’s possible we will see it announced for other markets at MWC 2018 as the NOKIA TA-1048.

Previous LG 2018 Flagship will arrive in June with a 6.1-inch display and Snapdragon 845