Aside from its much-rumored Nokia 9 flagship, HMD Global has been rumored to be working on the 2018 iteration of the mid-range Nokia 6, that could be launched early next year, possibly at the CES. A trusted leakster at Baidu, who has a track record when it comes to Nokia leaks had earlier in the month hinted that HMD Global may have concluded plans to launch 4G version of the Nokia 3310 or a new Nokia feature phone with 4G. 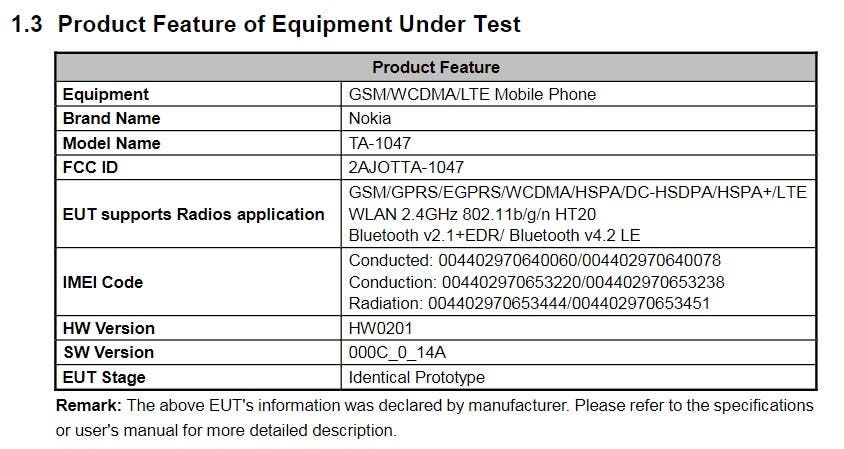 Today comes word that a new never heard before Nokia phone with NOKIA TA-1047 model number has been certified by the FCC. It is interesting to note that the new device is a bit more compact than the Nokia 2 and a little bigger than some Nokia feature phones, fueling speculations that the device might be a feature phone or even the Nokia 3310 4G version.  The device though referred to by the FCC as a GSM/WCDMA/LTE Mobile comes with support for 4G, BT, WiFi and support for the VoLTE.

Among other things revealed by the FCC is that the phone has dual SIM with dual standby, FM support and will unfortunately not be available for the US market. 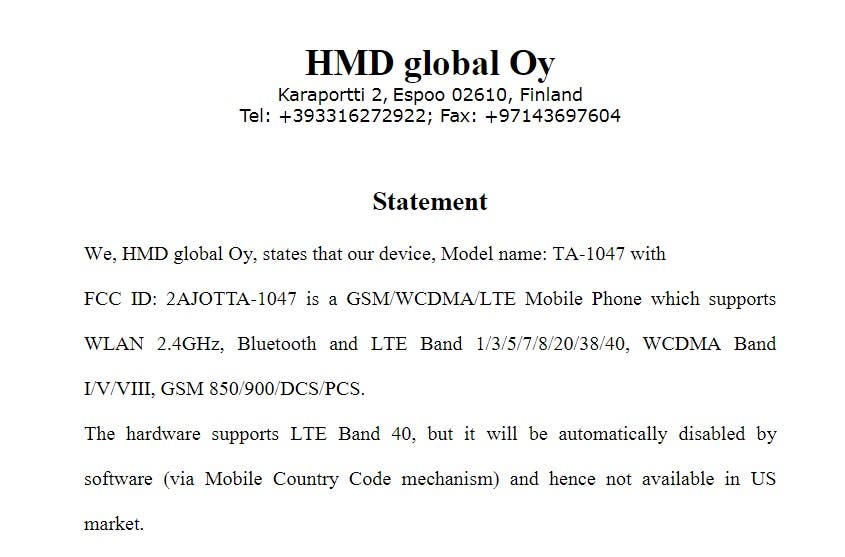 So far it isn’t clear what the device could turn out to be, but more specs and images should begin to surface in the coming days.

Next Jailbreak of iPhone X and latest iOS v11.2.1 found by Alibaba researchers