While it’s all but confirmed that the Nokia 9 will be HMD Global major product at the MWC19, a lesser known device that hasn’t actually gained much attention could debut at the event.  We are talking about the next in line in the firm’s entry-level smartphones – the Nokia 1 plus.

The device alongside the Nokia 9 was listed among the supported devices in Play Store, confirming they are ready to download and install apps. Now, a new Nokia phone alleged to be the Nokia 1 plus has been certified by the FCC meaning it could launch soon in the US.

The device has the TA-1123 model number, and from the look of things appears to be an entry-level smartphone – possibly the Nokia 1 plus. As per the FCC documents, the device is tipped to ship with a  2500mAh battery (HE365), and will ship with a 5W (AD-5WU) charging wall adapter, a 1-meter USB cable (CA-10W), and wired earphones (WH-108) with a 1.5m-long cable. The document also suggests it could launch with support for Wi-Fi b/g/n and Bluetooth 4.2 (with LE). 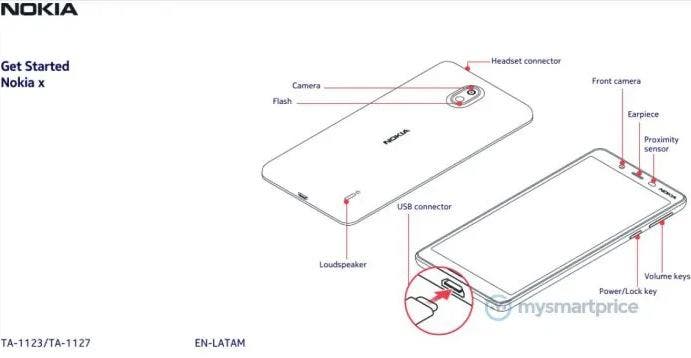 Based on previous leaks, the entry-level Nokia 1 plus will feature a 5-inch qHD LCD (213ppi) display with minimal bezels with a MediaTek MT6739WW processing chipset under the hood. It should come with a single camera on the rear, with no fingerprint and could be HMDs first phone to boot Android Go out of the box.

Next New Xiaomi device gets 3C certification with a 10W charger