HMD Global could be getting set for a couple of product releases in the next few weeks, as it has been found taking quite a number of its smartphones through some pre-requisite certification processes including FCC, ECC, TENNA, Bluetooth SIG, etc. The latest of such is that of the approval given to a couple of its Android devices by the Eurasian Economic Commission (EEC) in Russia. 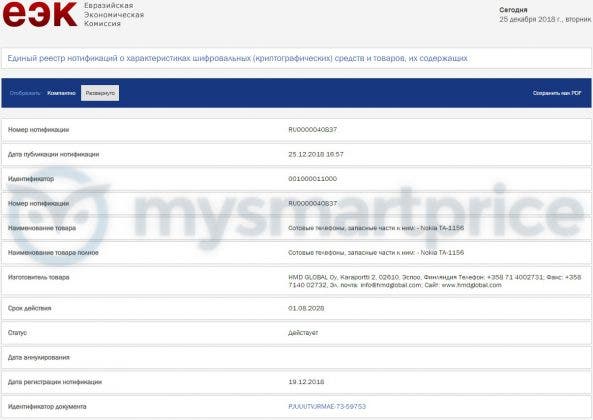 Following the appearance of the Nokia TA – 1124 on the FCC yesterday, a fresh set of Nokia phones have been granted approval by the Eurasian Economic Commission (EEC). The latest devices to be certified bear the TA-1156 and TA-1157 model numbers, marking their first-ever appearance.

Like we said earlier, these devices haven’t appeared anywhere else online, and as such we can not affirm their identity, however, its more plausible they could be variants of the same device, given the closeness in their model numbers. 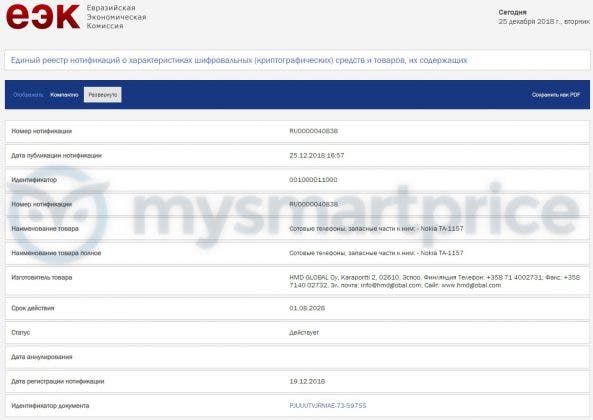 We certainly expect to hear more about them soon, probably as they go through more certification bodies including TENAA, FCC and the rest.