Smart speakers aside, the smart displays are probably the next trending products currently in the tech markets. The last we saw was Google’s answer to Amazon echo set to hit the stores later in summer, now, French manufacturer ARCHOS is joining the bandwagon at MWC 2018 holding in Barcelona in the coming days with its Hello smart display.

You have the option to get the ARCHOS Hello smart display in 8.4-inch FHD or 7-inch HD display, with both having a “high fidelity” speaker that’s about half the display size. The device runs on Google Android Oreo OS and Google Assistant inside that makes it a must-have entertainment and productivity home companion. The device comes fitted with a 5MP front camera with which you can make video calls via Google Duo. Aside from streaming music, the device is also capable of answering your questions via Google assistant.

Elsewhere, the device is powered by an unknown quad-core processor with 2GB of RAM, 16GB storage and lighted by a 4000mAh battery. It comes with WiFi and Bluetooth connectivity. 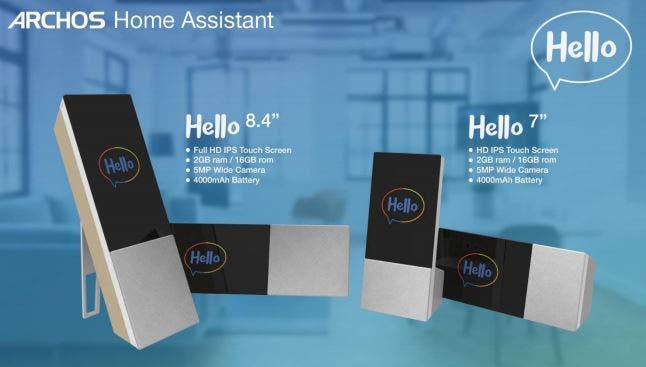