The MWC 2018 will take place in a couple of days. Huawei and Nokia should be the first to announce new products. But we are more interested in the brands such as Samsung, Sony, and Nubia that are going to launch new flagships. Each of these manufacturers will introduce at least one awesome smartphone with innovative features. But the Samsung Galaxy S9 is going to be in the spotlight.

If you have been following the news concerning the Samsung Galaxy S9, you should be aware of everything referring to its features and appearance. So the abovementioned conference should bring it to the market officially (only).

Moreover, the next-gen iPhone will be launched not earlier than 6 months. This simply means the forthcoming Galaxy S9 will be competing with the iPhone X (that is the best iPhone yet) for a long time. To understand how this struggle will happen, a well-known designer, Martin Hajek made the Samsung Galaxy S9’s 3D renderings and put them next to the real iPhone X photos. As a result, we can see all the differences between them.

Actually, these are quite different phones looking differently and coming with different hardware. As for the upcoming Samsung Galaxy S9, it’s said to come with narrowed forehead and chin, while the iPhone X is using a bangs screen. Moreover, the edges on the S9 are more curved rather than on the IPX. The borders of the latter are wider than on the S9.

As for the back, the Galaxy S9 uses a metal housing, while the iPhone X comes with a glass body. Its dual-camera module is placed in the right upper corner, while Samsung puts the camera in the middle. This list can last forever. So you’d better take a look at the photos yourself. 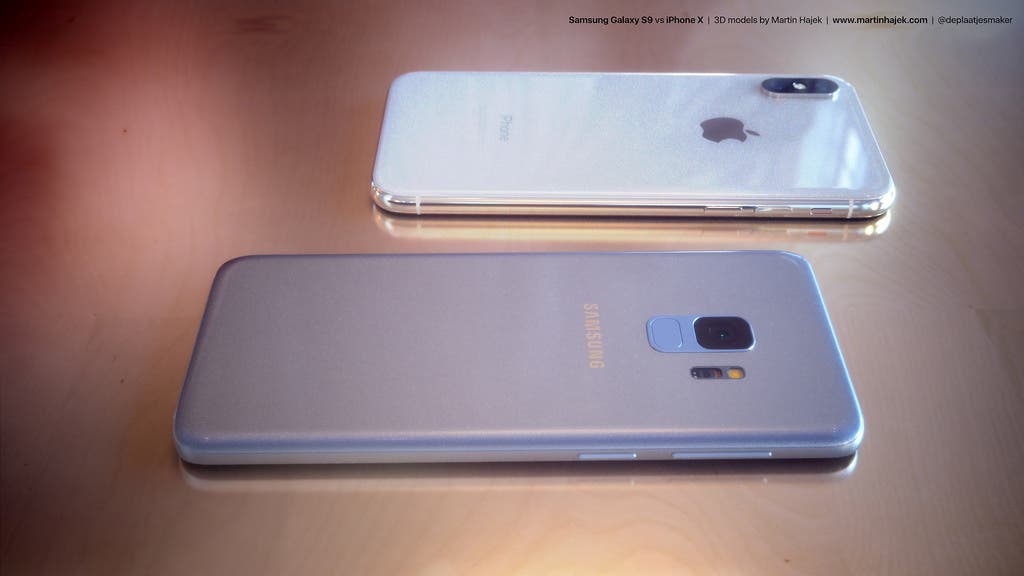 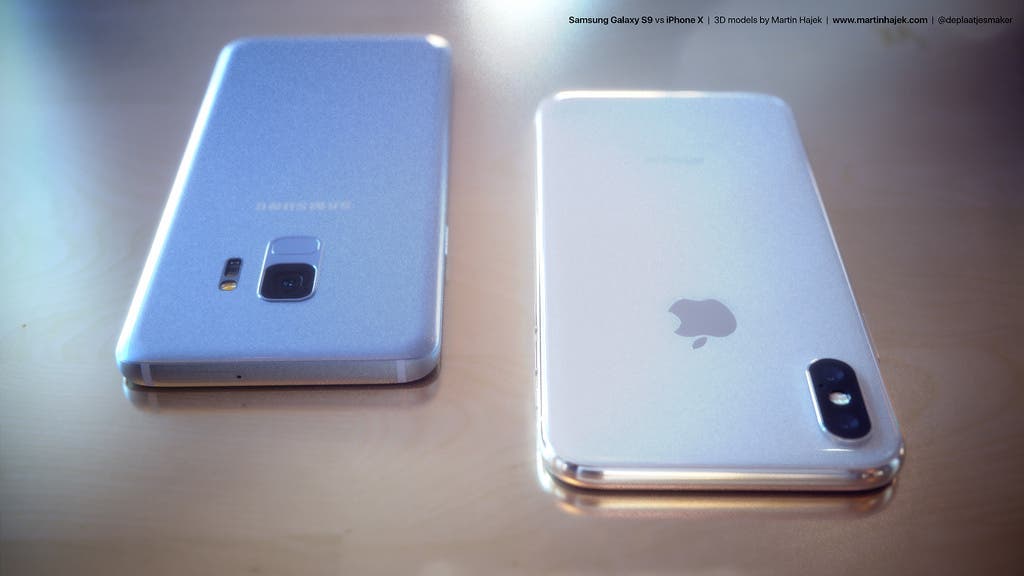 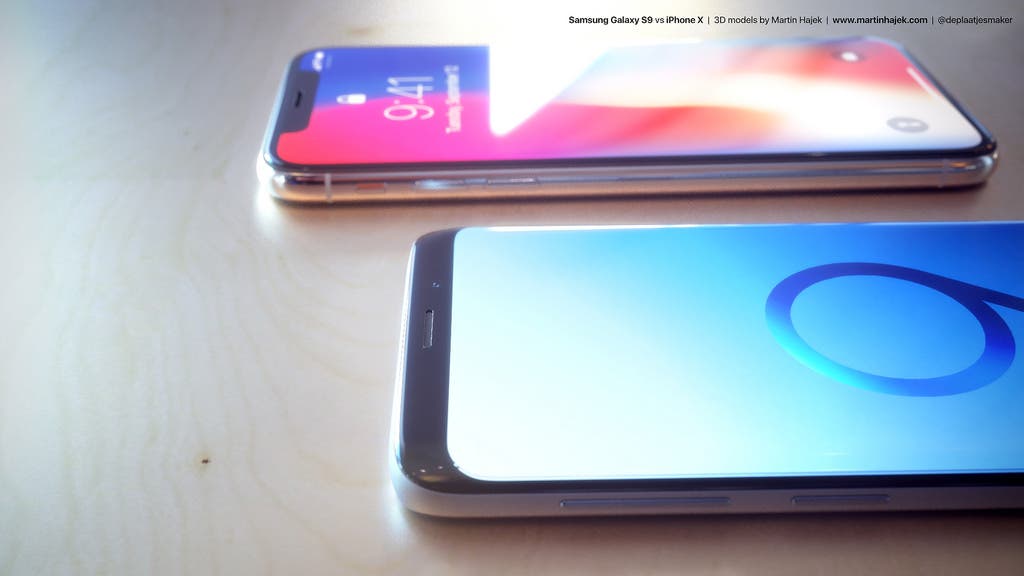 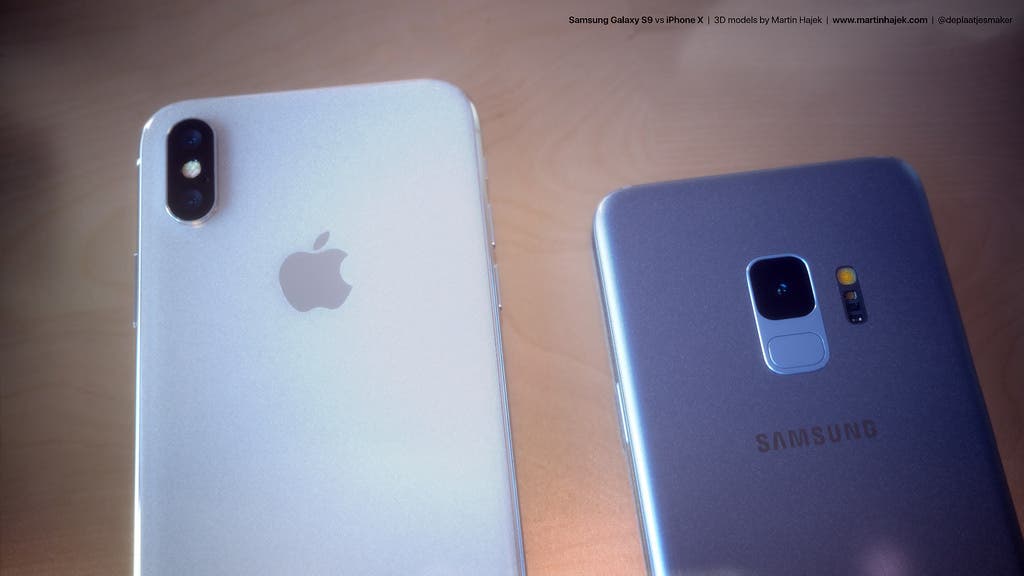 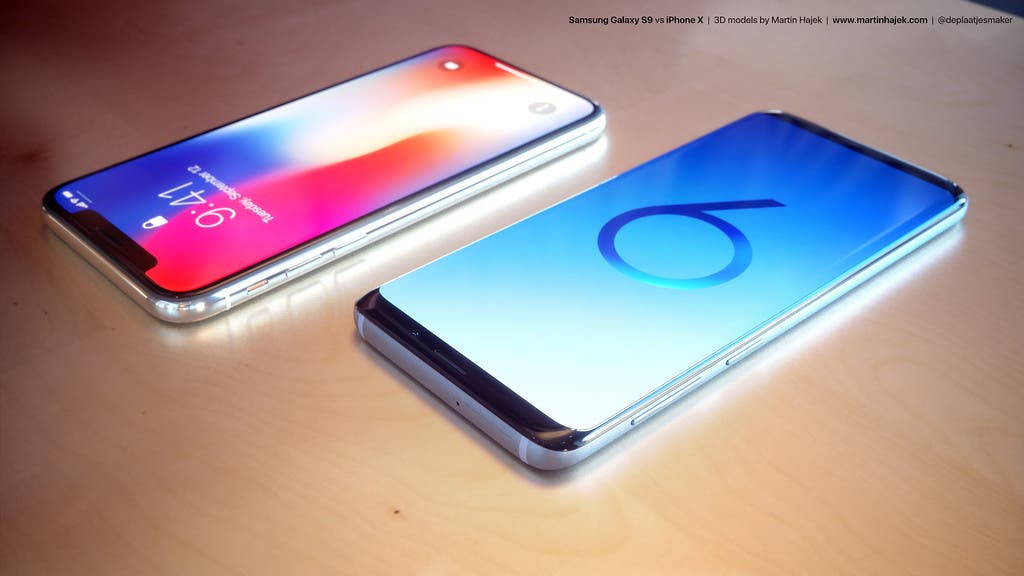 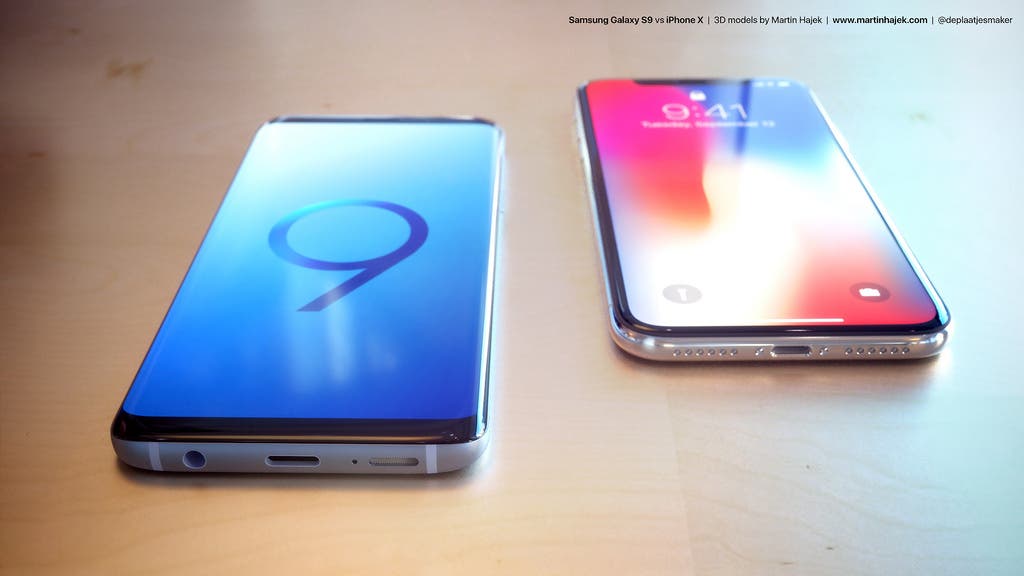 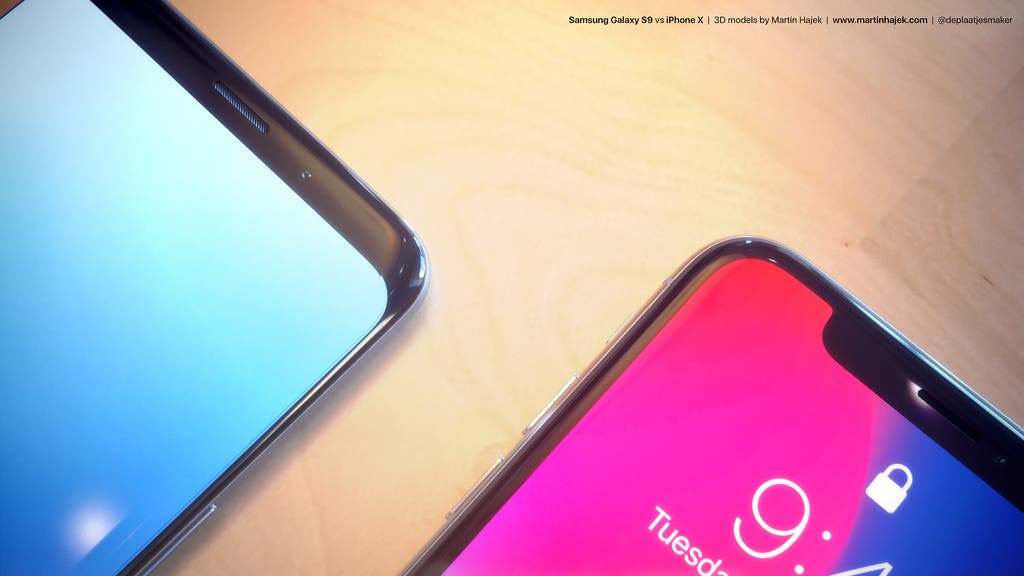