Nokia should improve its performance this year, undoubtedly. The latest five models announced the MWC 2018 showcase HMD is going to fight against top brands in many niches. In this sense, the Nokia 7 Plus has been designed as a super mid-range smartphone with a fantastic look and crazy hardware. Today, the company officially announced this model goes on sale at a price tag of 2299 yuan ($364) and 2499 yuan ($396) for the 4+64GB and 6+64GB variants, respectively. 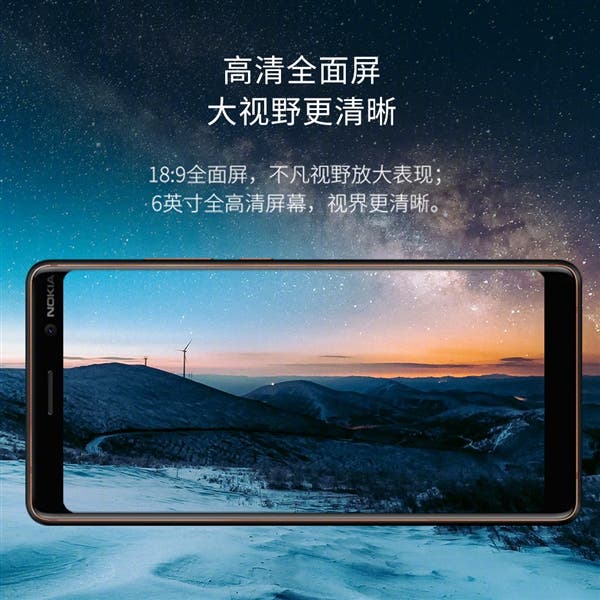 A phone costing so much should be looking like a celebrity. Honestly, the company has done its best to come in with an astonishing look. Though the Nokia 7 Plus is using a metal unibody, it passes through 26 grinding processes during 17 hours to provide a ceramic-like touch feeling. So when holding it in hands you have a feeling as it is made of ceramic or glass.

The next selling point of the Nokia 7 plus is the 6-inch full-screen with a 2160 × 1080 pixels resolution and 18:9 aspect ratio. Thus it doesn’t yield other models from the same niche. Under the hood, we can find a Snapdragon 660 chip that decides its category. As you know, this chip has been made to form a new category dubbed as the super mid-range. It’s something between top-notch and regular mid-range devices. In other words, phones from this category are priced like mid-range devices but sport top-end features.

Earlier we have heard the Nokia 7 Plus will sport a dual-camera using a 12MP + 13MP sensors combination with Carl Zeiss optics. It supports a bokeh effect, 2x optical zoom, and dual-view mode, which simply means the front 16MP shooter (f/2.0 aperture) and the rear camera can take photos and record videos at the same time. At last, the battery capacity is 3800mAh, and it runs on Android 8.0.

The first units will ship on March 10.