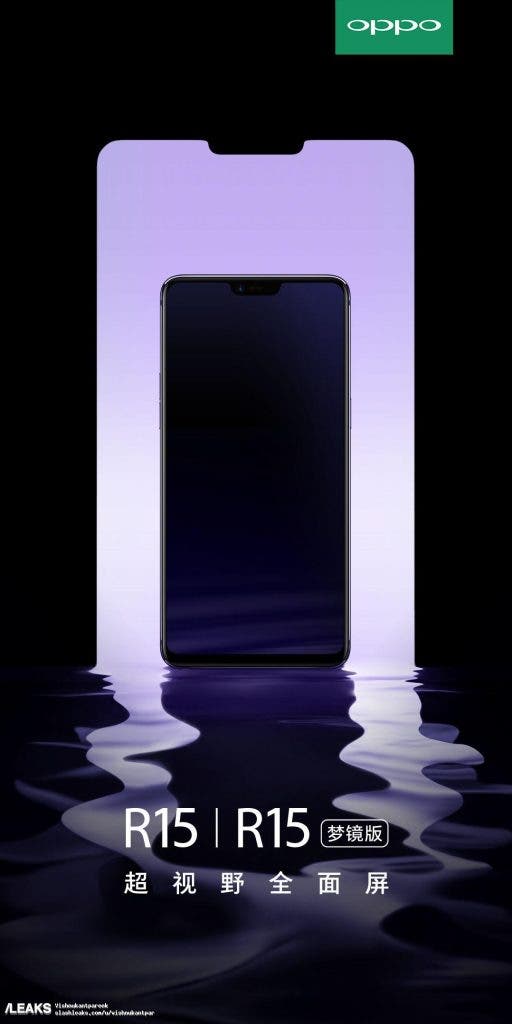 The invite shows a full screen phone with an iPhone like notch on the top. Also visible is the full screen display. On the right side of the frame sits the power button while the volume controls sit on the left. There is no fingerprint scanner on the front and considering how thin oppohas been making their phones, the probability of one sitting on the side is close to zero. The fingerprint scanner might be placed either on the back or the R15 and R15 Plus might come with an under display fingerprint scanner which is not a dream anymore thanks to the Vivo X20 Plus UD.

Oppo recently filed patents for iPhone X like full screen designs which indicates that Oppo might have more such phones in the pipeline. It was speculated that the R13 was renamed to R15 due to 13 being inauspicious. It has now been confirmed that indeed is the case. There’s no news about the date and venue of the announcement but we are expecting to hear about it very soon.