In last few days, we learned too much about the upcoming flagship of OPPO. As you should know, it’s named the OPPO R15 and it is going to replace the current model of the OPPO R11s. the company has already published a few posters showing the overall appearance of the device. Moreover, it also provided some details concerning the display this phone comes with. But just recently, we have found an interesting schematic showing off how the phone’s screen looks and what parameters it comes with. 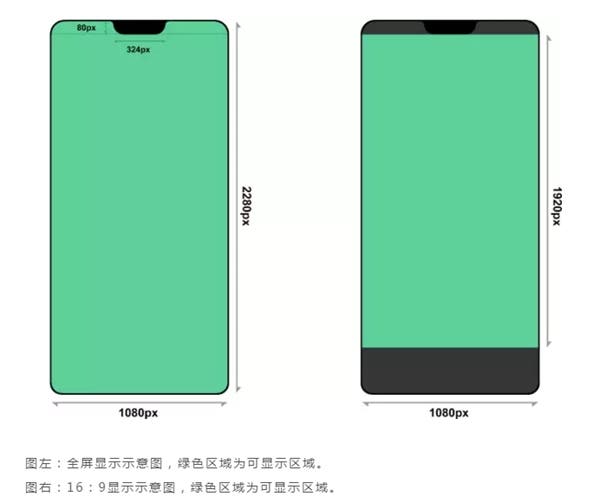 Earlier when the company has been sending out invitations for the upcoming event, we learned the OPPO R15 will come with a 6.28-inch Super-V Display, which also uses a 19:9 aspect ratio and a 90% screen ratio. This is an awesome screen that occupies more space on the front panel than the iPhone X’s bangs screen.

However, nothing more has been said about the phone and its features. In this sense, the outline leaked recently shows the real differences between the 19:9 screen and a 16:9 screen. The first thing we should pay attention to refers to the height and width. If the latter comes with dimensions of 1920×1080 pixels, the former one comes with dimensions of 2080×1080 pixels. In this sense, the OPPO R15 will be capable of providing way better viewing experience.

As for hardware, the OPPO R15 is said to come with an octa-core processor, which is paired with a 6+128GB of memory combination. On the back, it will carry a dual-camera using a 16+5MP sensors combination. The front shooter should use a 20MP lens, the battery capacity is 3365mAh, and it runs on Android 8.1 out of the box.

Apart from this, it’s rumored there will be another variant named the OPPO R15 Dream Mirror Version. The latter is said to come with another processor (or maybe the same chip clocked at various frequencies). According to TENAA, the OPPO R15’s processor should be clocked at 2.0GHz, while the premium model will run at 2.2GHz. We have heard the regular variant will be packed the newest MediaTek Helio P60. But what about the OPPO R15 Dream Mirror Version?

Next Oukitel WP5000 coming with IP68 certification and 6 GB RAM