Probably, copying the top brands will never stop. There are many manufacturers that try to invent something. And there are tons of others that just copy them. It’s reasonable though. We mean they don’t have enough money to make large-scale researches and invest them into innovation ideas. So the only thing left to them is copying the giants. One of such brands is Huawo, a sub-brand of Shenzhen ZE EN Electronics Co. Ltd. At MWC 2018, this company introduced its new smartphone named the Huawo 6081. Seems nothing strange, but it resembles the Huawei mate 10 Pro. 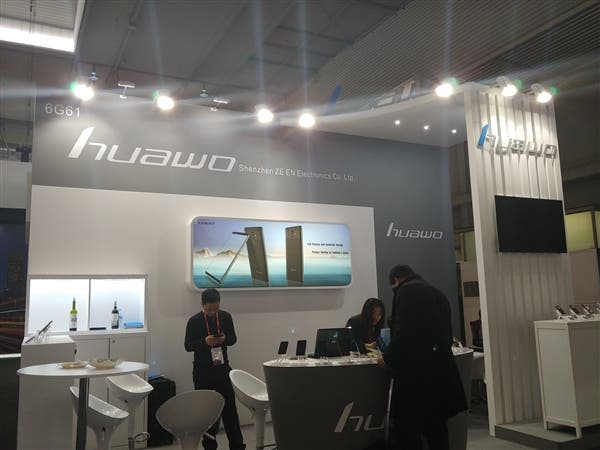 The top branded flagships such as the iPhone X, Samsung Galaxy S9, Huawei Mate 10 Pro and other will always have replicas. Recently, we saw the OWWO X that copies the iPhone X. The Samsung Galaxy S9 is new and it will ‘get’ its copies later. And as you guess, the Huawo 6801 looks like the Huawei Mate 10 Pro. Therefore, not only the name is identical to Huawei but also the appearance of its model. 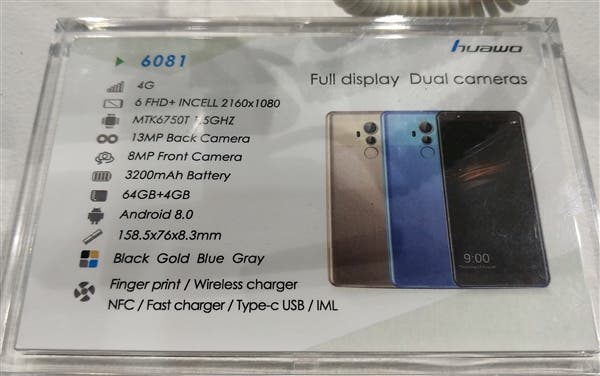 Actually, the Huawo 6801 comes with impressive features, but there are drawbacks as well. Say, it is packed with a 6-inch full-screen providing a resolution of 2160 × 1080 pixels. Thus it is capable of providing an awesome viewing experience. But unlike the Huawei Mate 10 Pro that comes with the world’s first NPU chip, this model sports a MediaTek MT6750T octa-core SoC with a Cortex A53 architecture and a frequency of 1.5GHz. Plus, there is an integrated Mali-T860MP2 GPU. Nothing common between them, but the 4GB of RAM and 64GB of eMMC storage ensure this chip will provide a smooth performance and no regular app/game will run out of memory.

The rest of features include a 13MP dual-camera on the back, 8MP front shooter, 3200mAh battery supporting fast charge as well as wireless charging, USB Type-C, NFC, back fingerprint, and Android 8.0 out of the box. It comes in a few color options such as black, gold, blue, and gray.

Though the Huawo 6801 is considered to be the best clone of the Huawei Mate 10 Pro, it’s said this phone has not gone on mass production. The manufacturer just showed it at the event.

Next Xiaomi launches the Mi LED Smart TV 4A in India