The next-gen OPPO flagship will be the OPPO R15 instead of OPPO R13. This phone is already set to launch on March 12. Thus in a few days all we will be able to get our hands on a new piece of art. But the OPPO rival should worry much because the phone is said to come with a number of top-notch features. We’ll talk about them later. But what’s more interesting, at this moment, is the mystery coming from the OPPO R15 Dream Mirror Edition. As we have heard, the regular version of the phone will have an enhanced variant. But what this means has been remaining unknown. Today, on March 8, the company officially disclosed what this title means. 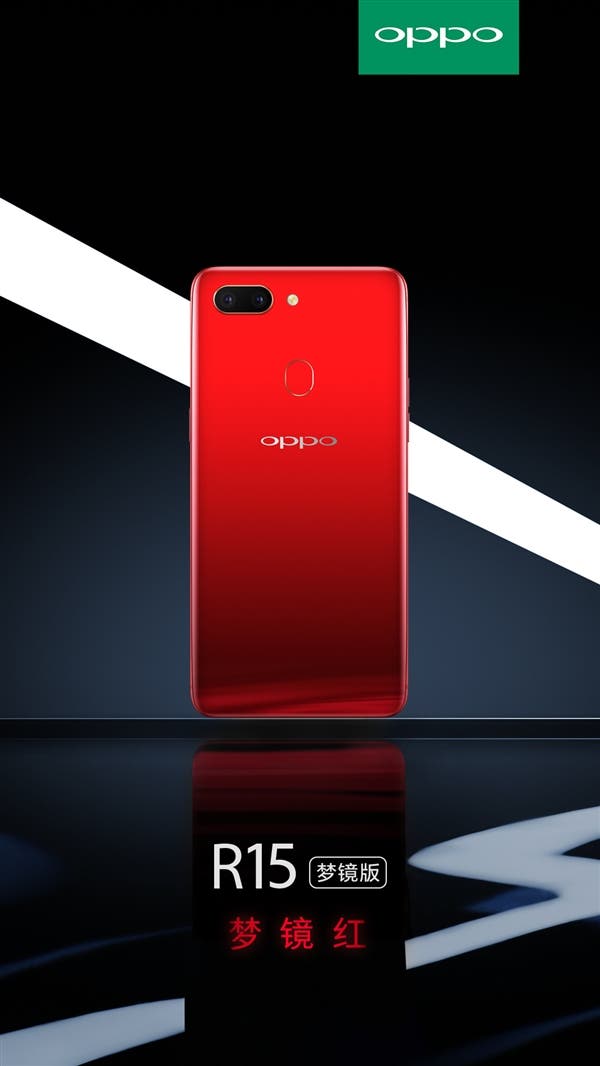 Apart from this, OPPO officially announced the R15 will be using a double-glass body. And there will be three color options:

Sky Purple – a purple gradient from the deep to the shallow halo like a starry sky full of endless imagination.

Snow white – like an elegant ballet dancer, pure and agile.

The latter seems to be the OPPO R15 Dream Mirror Edition. Maybe we are mistaken, and the Dream version will come as an independent device, but the official said this model comes with a 3D glass body in gradient red. Therefore, it not only provides great touch feelings but also gives a richer level of luster changes. That’s why we think this is the direct continuation of the OPPO R11s Star Screen.

As for the specs list, the OOPO R15 Dream Mirror Edition is said to come with a 6.28-inch Super-V display with a screen ratio of 90% and resolution of 2280×1080 pixels. The chip still remains unknown, but it will be paired with a 6GB of RAM and 128GB of native storage. The phone will sport a 16+5MP rear camera and a 20MP front shooter. Android 8.1 will come out of the box.

Previous TENKER RD805 Projector for just $54.60 on Amazon with Our Coupon