Oukitel is one of many China-based smartphone OEMs and during the past few years has managed to launch some really interesting devices that boast impressive standby times and all-in-all decent performance. However this time, they decided to go with the “notch” flow and managed to be one of the first Android OEM’s that designed their own version of an iPhone – X clone, called Oukitel U18. 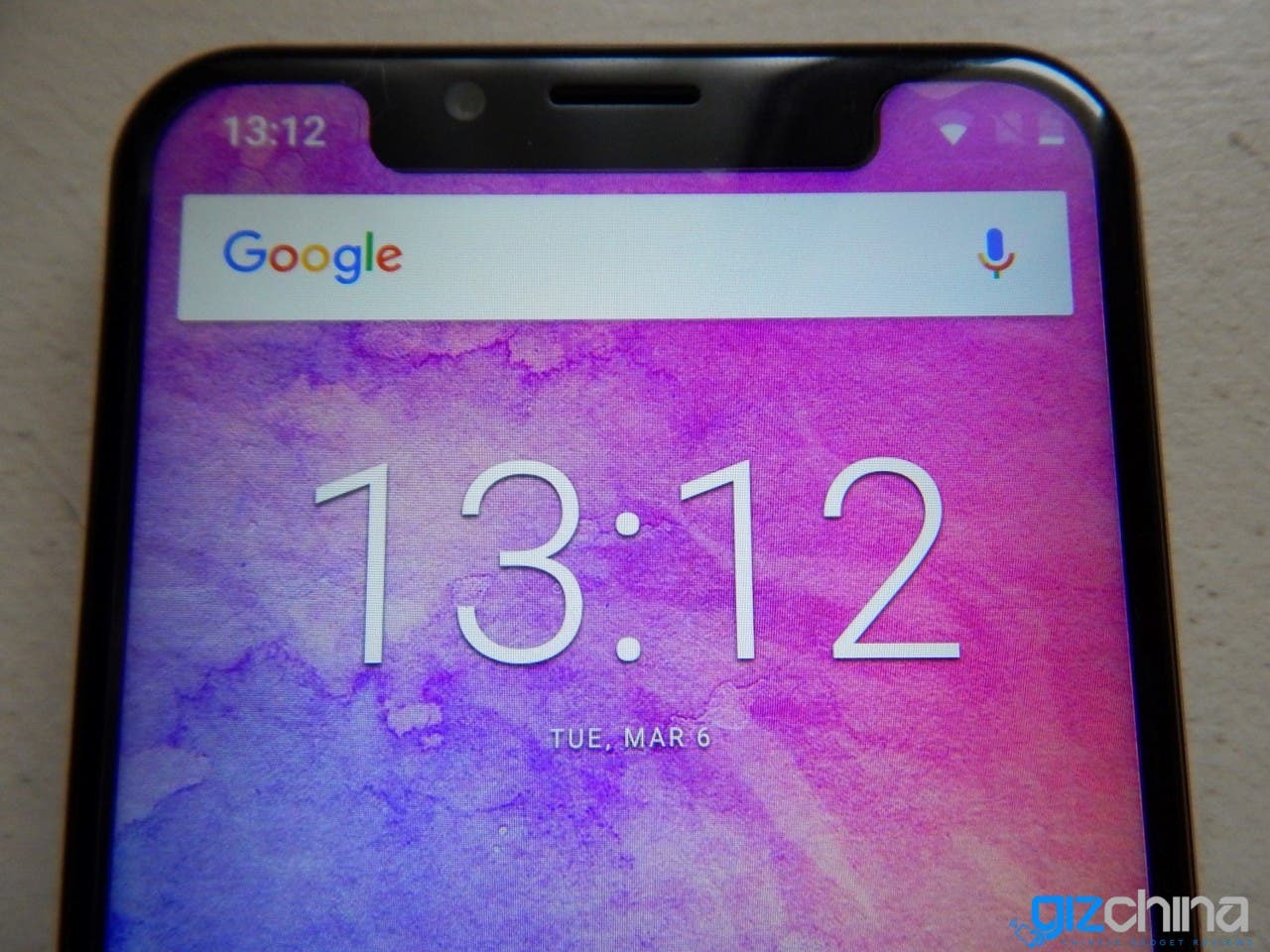 The device is surely something you won’t forget about the first time you see its display, when this impressive notch pops out from the top of the panel. It’s the first of its kind in the U Series and quite possibly one of the most interesting iPhone X clones out there.

Our little friend here packs a 4,000mAh battery inside, providing impressive stand by/talk time results that you will surely enjoy, but it’s still low priced (just $159) and has decent everyday performance, with no problems or mishaps.

Let’s have a closer look on what this affordable device can do, OK?

Solid Build and the notch stands out

The Oukitel U18 packs a 5,85-inch 720p (1512 x 720) display which is extremely tough (up to 9H hardness), being able to withstand more than 800MPa of stress value. It’s equipped with Mediatek’s MT6750T SoC, paired with a Mali-T860 MP2 GPU, 4GB of RAM as well as 64GB of internal storage (it’s NOT expandable unfortunately) for apps, games, and media. On its back we can find a dual camera setup with a 13-megapixel snapper (16-megapixel interpolated) +5MP secondary lens, along with a LED flash next to it. There’s also an 8-megapixel shooter (for… typical selfie shots I am afraid) available up front. 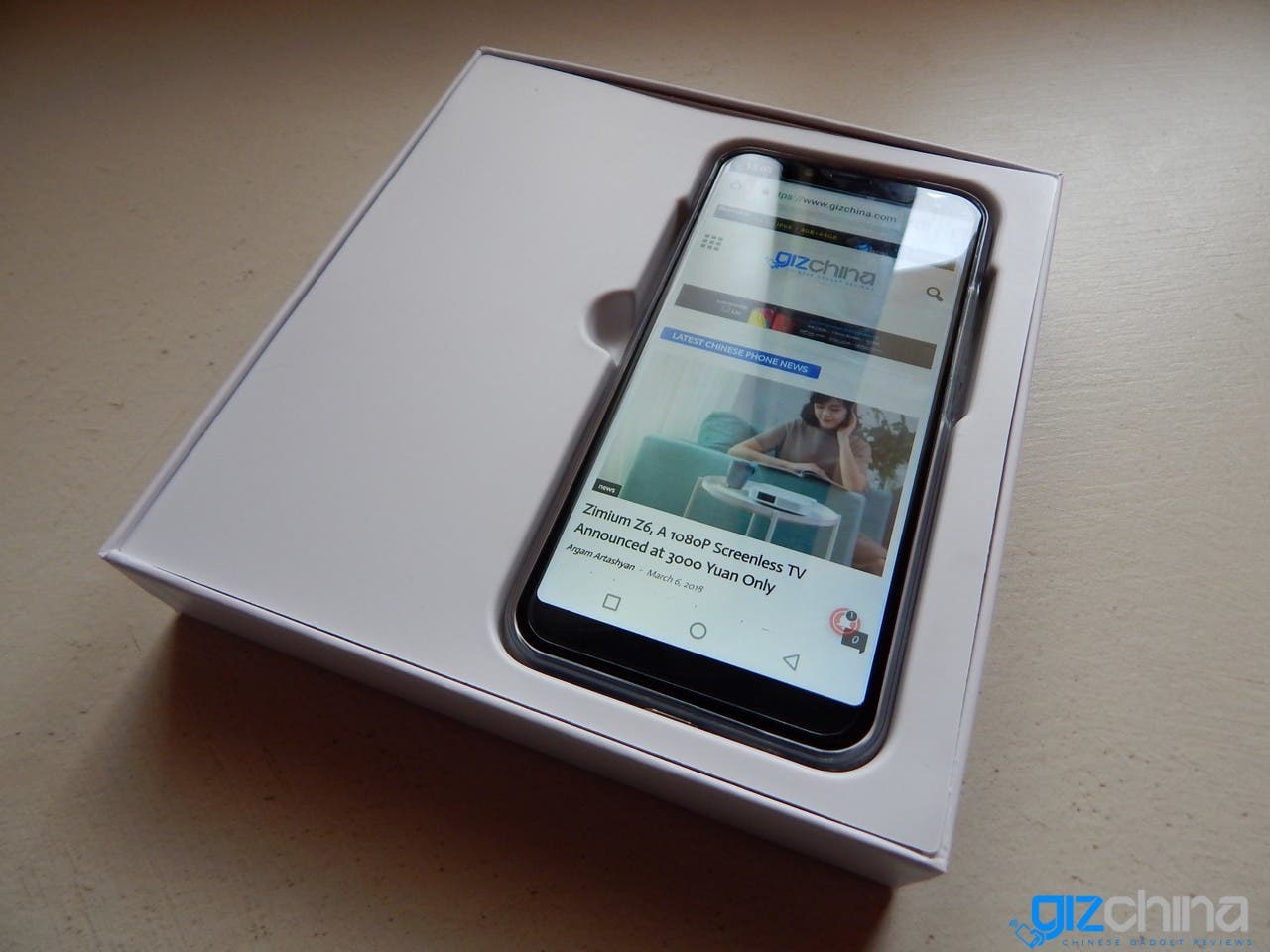 This is one of the first iPhone X clones as we foretold you, and it runs on Android 7.0 Nougat – with no way of knowing yet if it will get some Oreo upgrades. It’s not stock Android, no, but it’s really close to pure Android, as Oukitel has managed to add just some of their very own features (mostly gestures), a typical, light-weight launcher and a (not that impressive) icon theme. 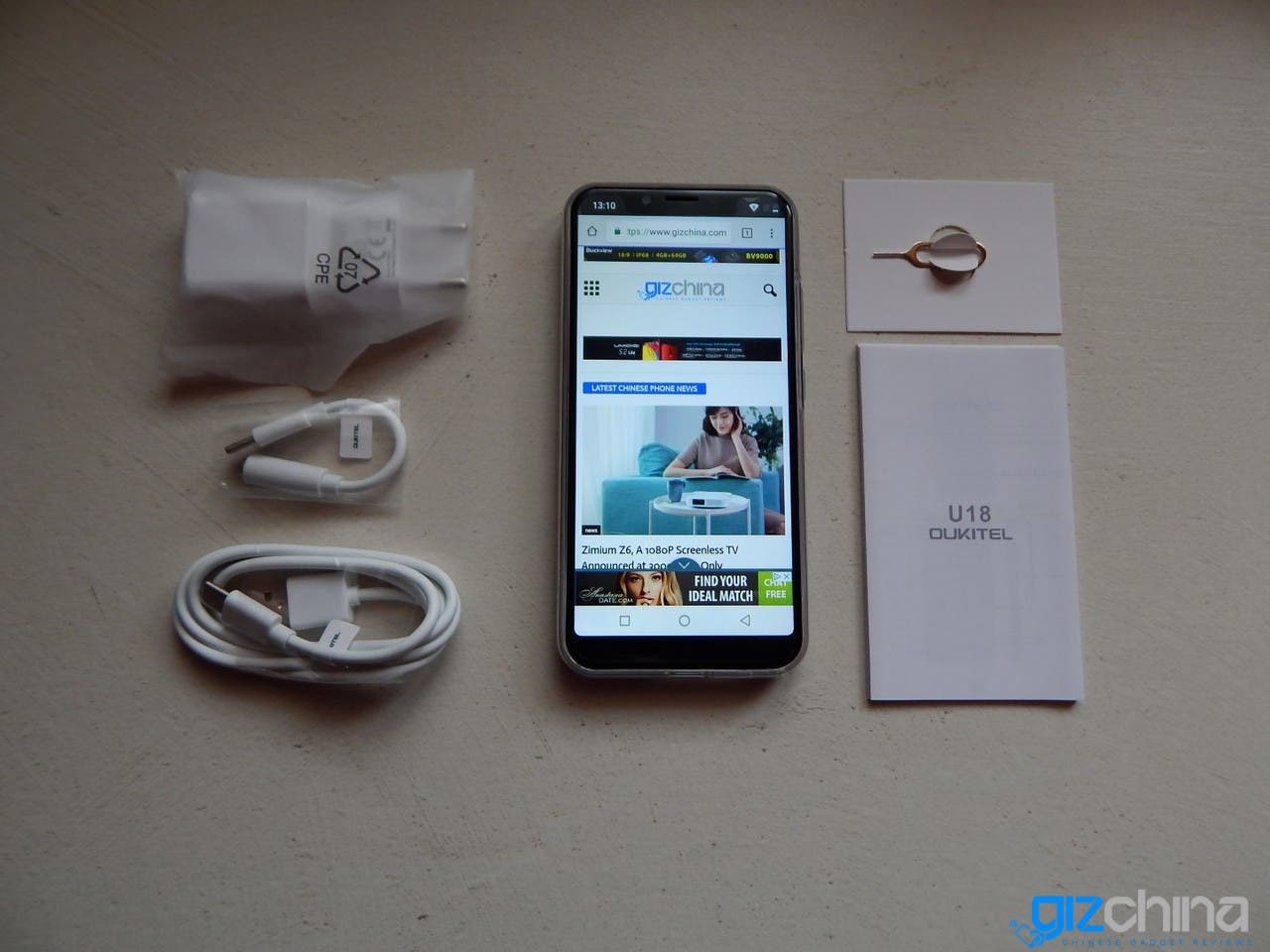 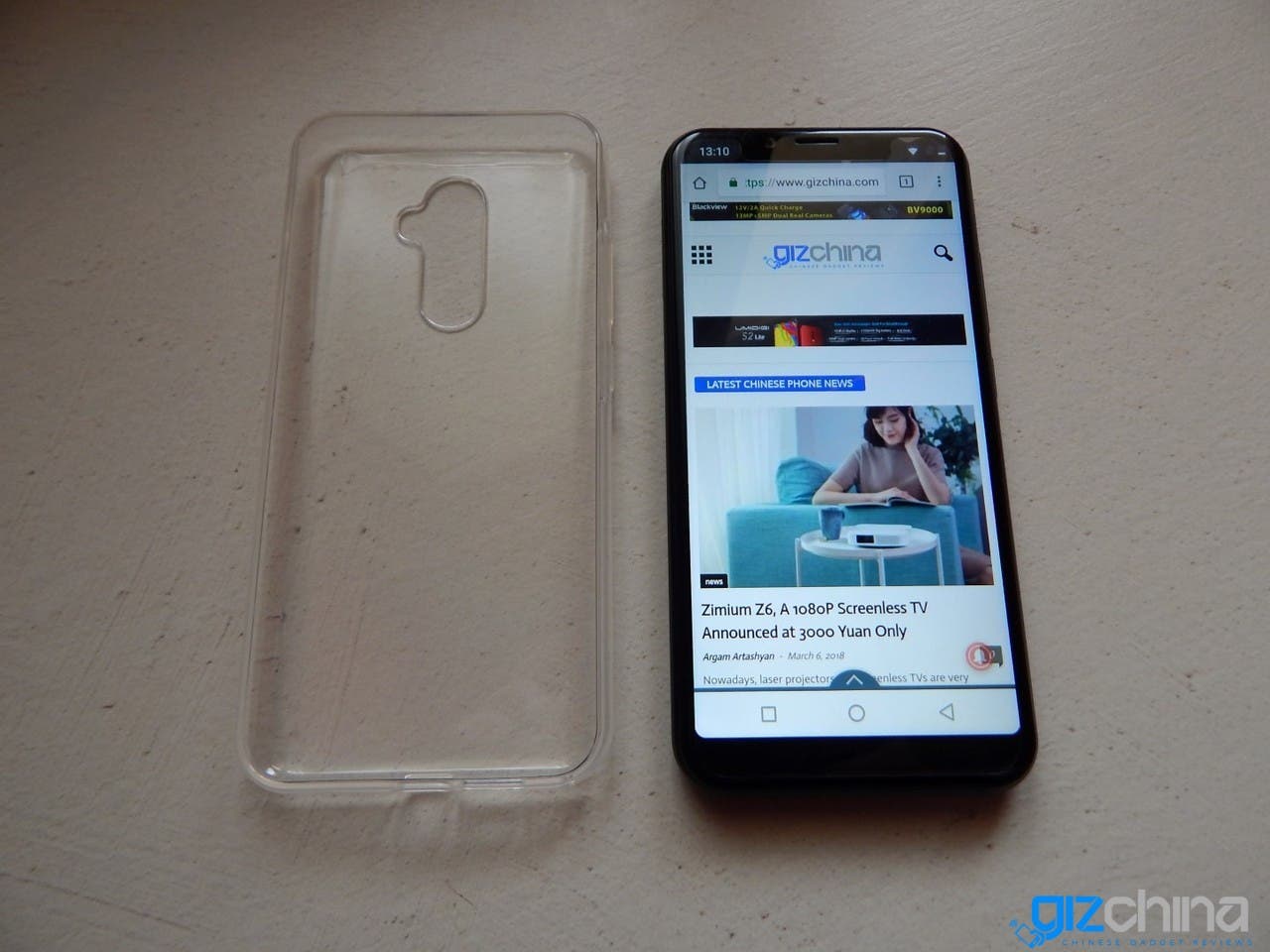 Let’s start with the “elephant” in the room OK? The first thing you notice when this phone appears in front of you (out of its box) is the notch that’s placed on the top of the display. It’s almost half the panel in width and  -in it- you will find the selfie camera, a proximity sensor along with the speaker. 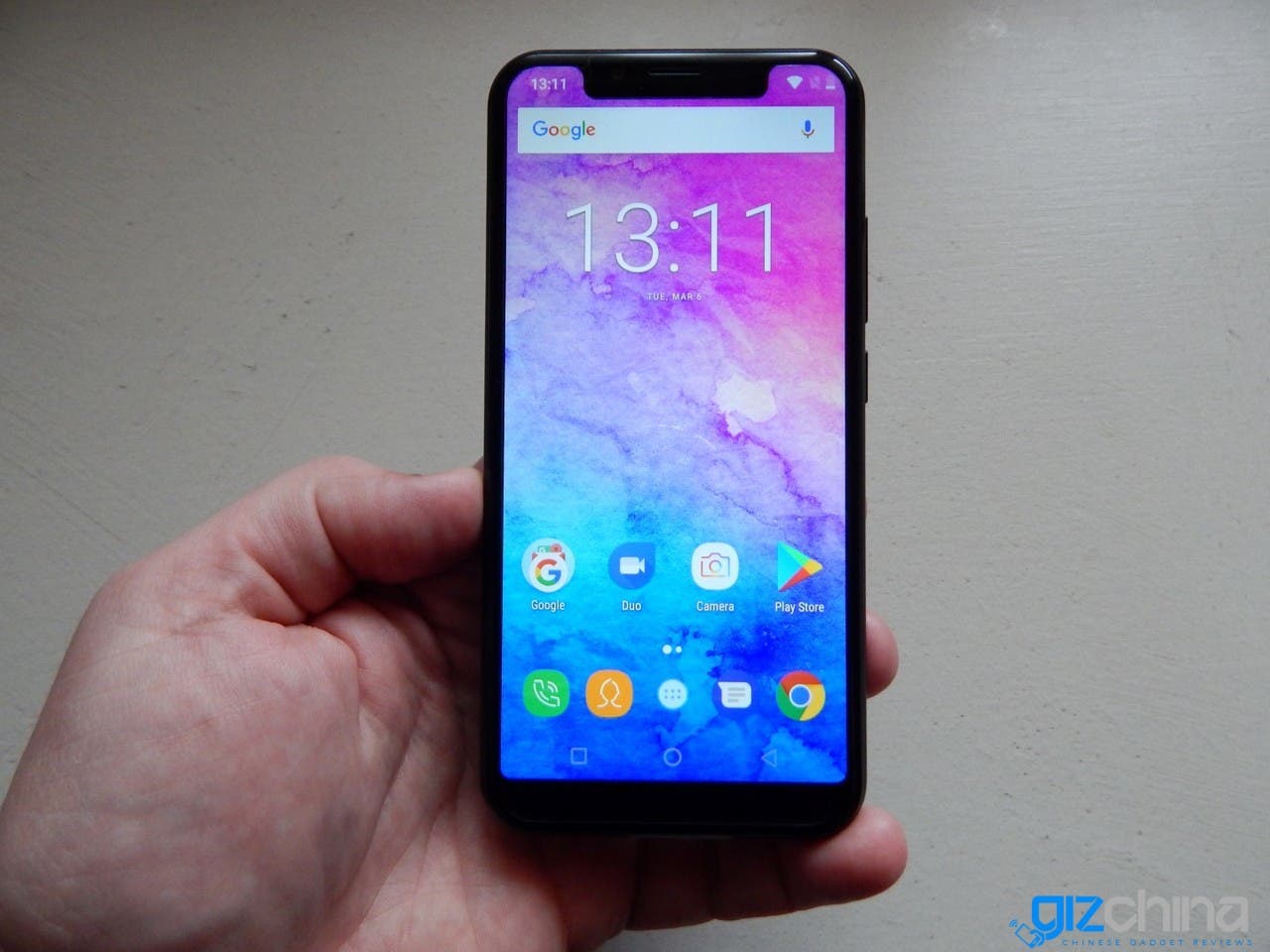 I have to admit that when you lookthis U18 model from upfront you get the feeling that it is indeed a decent iPhone X clone. The display however is not as impressive as the OLED panel that the iPhone has, but it still does the job I guess. It has a resolution of just 1512 x 720 pixels (HD+), a size of 5,85 inches with 21:9 ratio and a really impressive brightness even in broad daylight. 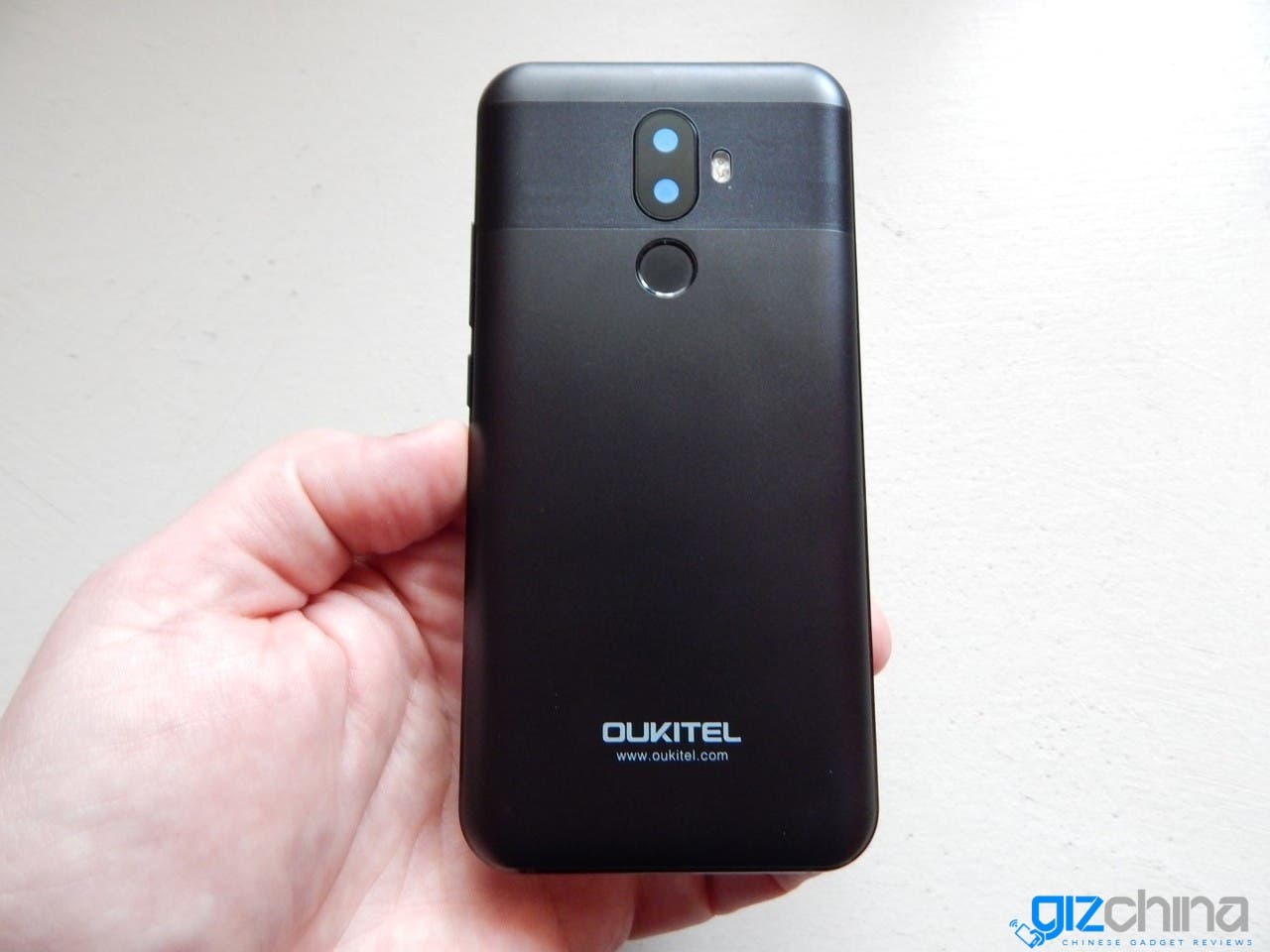 If you’ve had an Oukitel smartphone in the past, then you’d probably know that they’re almost all bulky devices. The same thing applies to the Oukitel U18 model I’m afraid, as it weighs 213 grams and it’s approximately 10mm thick. However these numbers feel normal on this type of phones – specifically the ones with large batteries like most Oukitel smartphones. This one packs a 4000 mAh battery so it’s more or less expected to be this heavy, but it’s also really durable with an extremely solid build. It’s made out of metal and some parts plastic, in case you were wondering. 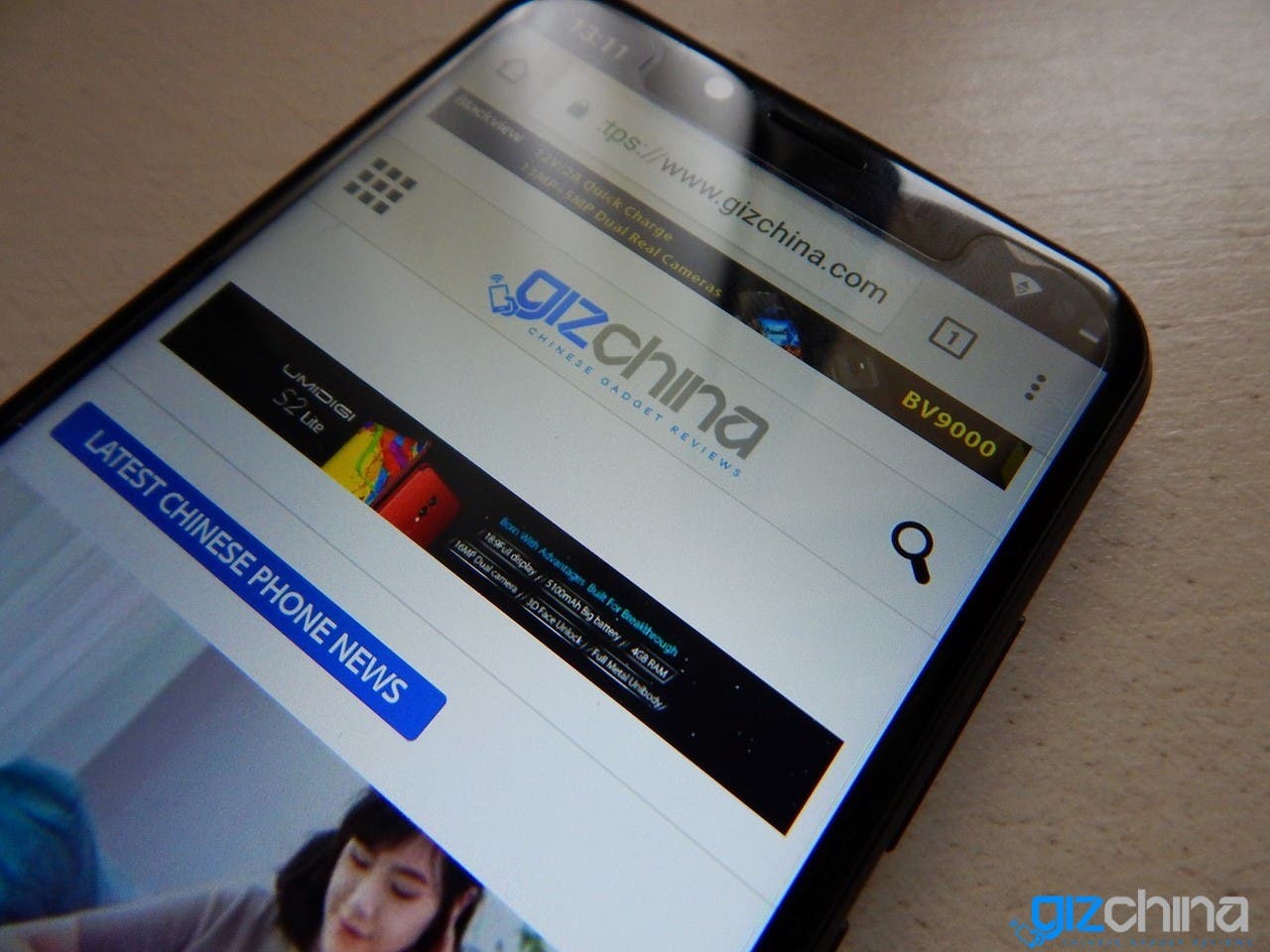 Oukitel decided to create a number of videos recently, in order to promote this device, and pretty much every one of them boasted about its battery life and the notch of course. Here’s one of them just for… the fun of it:

In everyday use, the Oukitel U18 may be heavy but still, there’s a reason one will choose this phone isn’t there? It has a small footprint thanks to its 21:9 aspect ratio display, so it can easily fit into most pockets, or allow for one handed use with impressive performance (for a budget Android smartphone that is). 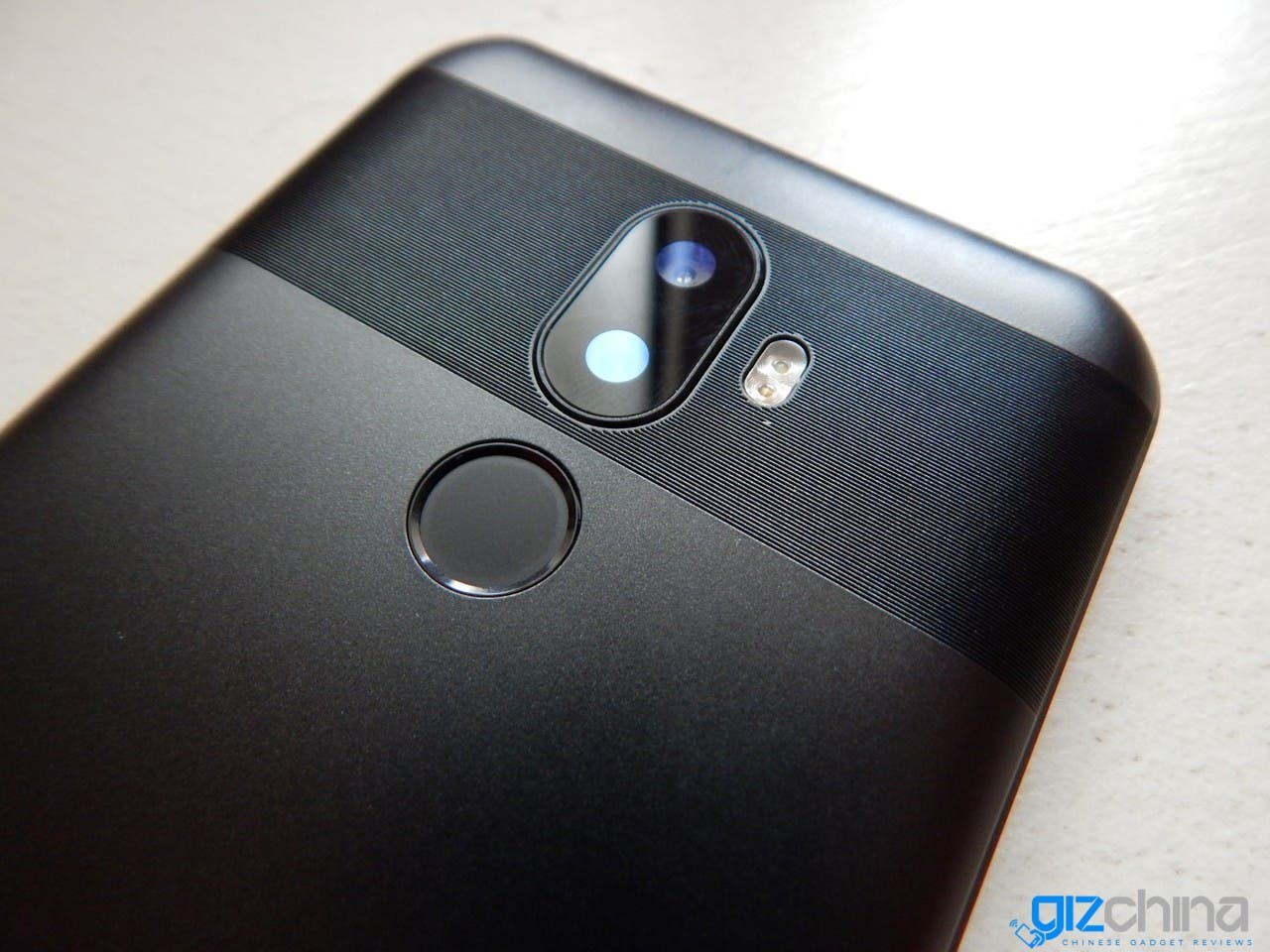 Oh, let’s not forget that there’s a fingerprint scanner placed at the back of the device, providing quite fast fingerprint recognition with almost 90% success rate. You can use it to lock applications, unlock the phone and it can “read” fingerprints in 360 degrees.

Connectivity/Call performance is one of the most important (and deciding) factors for me, when I test a phone. How good it sounds, what type of signal reception it has and how well its speaker works. The Oukitel U18 did quite well in this test by my standards. The phone call quality was satisfactory, but nothing that is worth bragging about. I was able to call others and receive calls on this device without any issues, with quite good sound quality and volume. 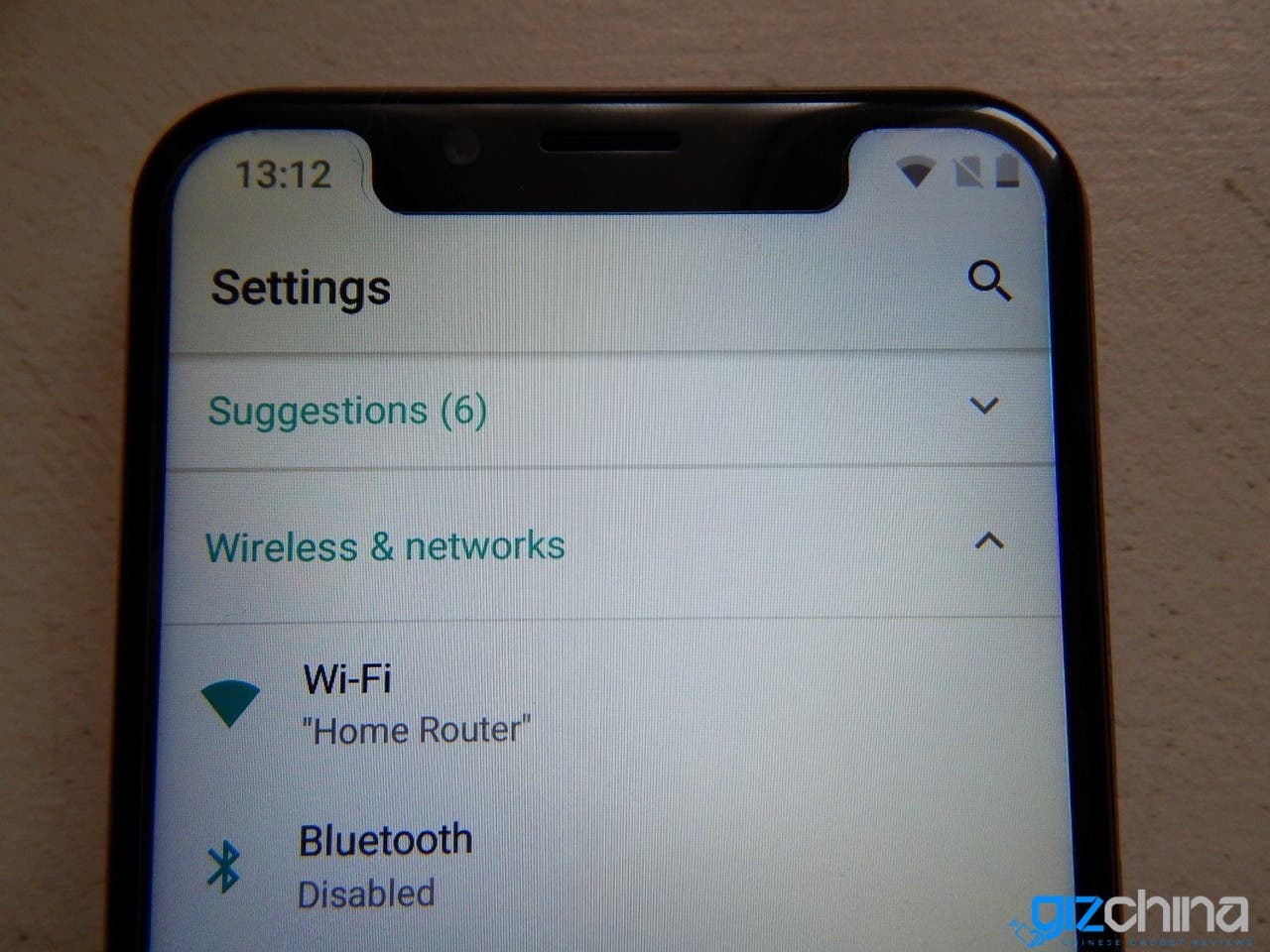 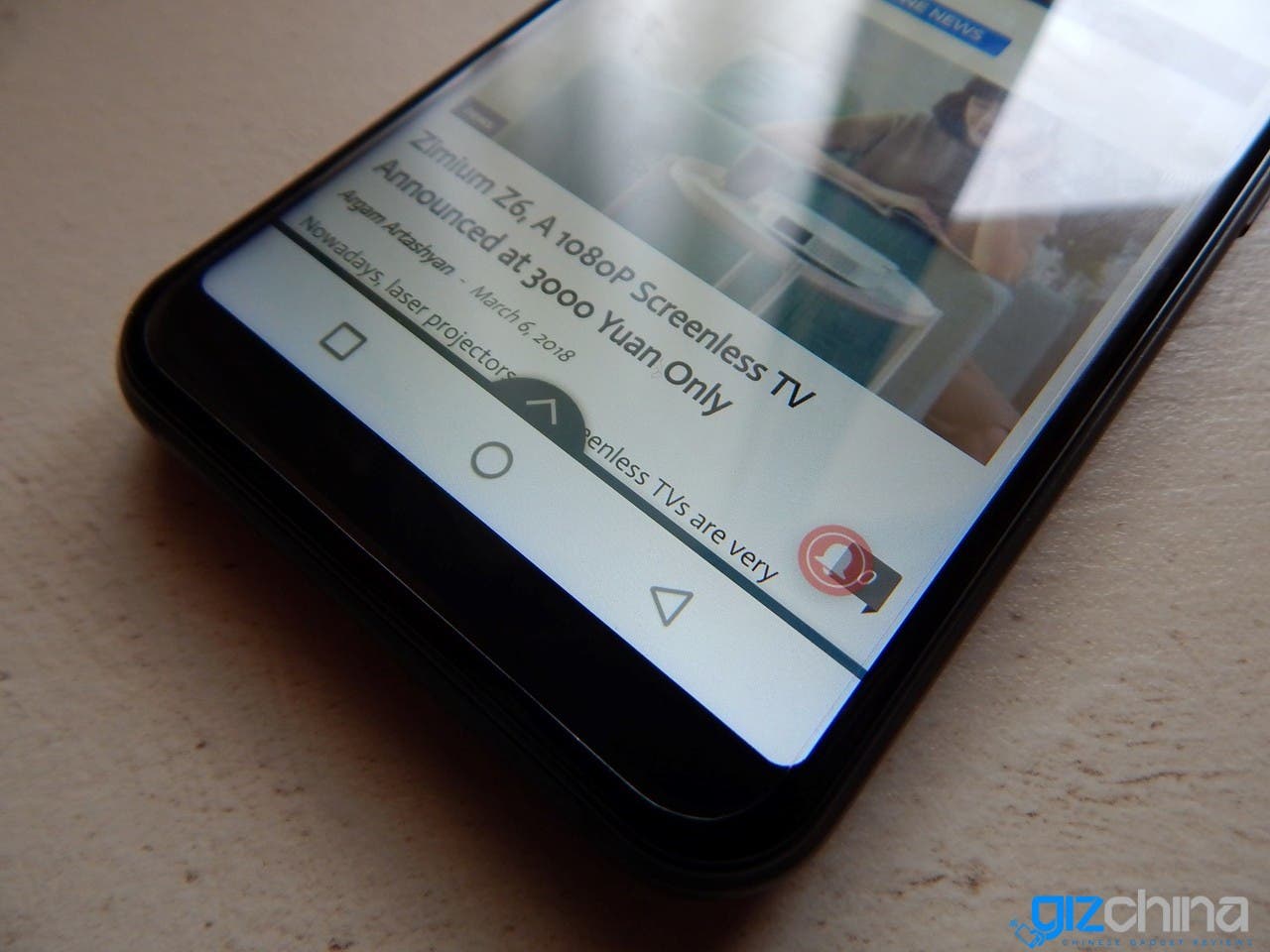 Well here’s where this phone (and most Oukitel devices) does a decent job! One of the main selling points of the Oukitel U18 is its battery life, and for a good reason. It comes with 4000 mAh capacity, but the Android 7.0 operating system is beautifully optimized to offer great standby and talk times, that will surely – SURELY – satisfy you.

The Oukitel U18 can stay away from its charger for almost 2 days if you use it wisely, and offers good stand by times when you put it to rest. I “pushed” the device as much as I could: I played some games, browsed the internet, did tons of messaging and YouTube, phone calls as well but it just went from 74% to 49% by the end of the first day, confirming that it’s a decent “energy” phone.

quite bezel-less, with decent battery times but… that’s all there’s to expect.

Camera: not the iPhone-X clone you’d hope for

First of all: don’t choose the phones of this category (devices with large batteries) purely for their imaging features. It’s not where they’re good at, and they know it. You should know it too. So the Oukitel U18 confirms all of the above and proves to be an average camera phone equipped with a dual camera setup on its back, equipped with a 13-megapixel snapper (16-megapixel interpolated) + a 5MP secondary lens, along with a LED flash next to it.

Its main camera can shoot decent photos in good lighting conditions (the colors could be better overall), but it tends to provide somewhat colder images than it should. When the light isn’t that good, however, it doesn’t perform that well, as expected with most Chinese smartphones in this category and price range. It can also shoot FHD (1080p) videos at 25 fps, with average quality and some high contrast issues. There are also several other settings and modes such as FaceBeauty Shot, HDR, Blur, Mono, Panorama, PRO (allows the user to make his own adjustments manually) etc.

There’s also a LED flash placed next to the main camera. It manages to light up the images, but it doesn’t do what it should: it basically ruins selfies, letting them turn out unnatural and you’ll probably opt not to use flash, at least in most situations. 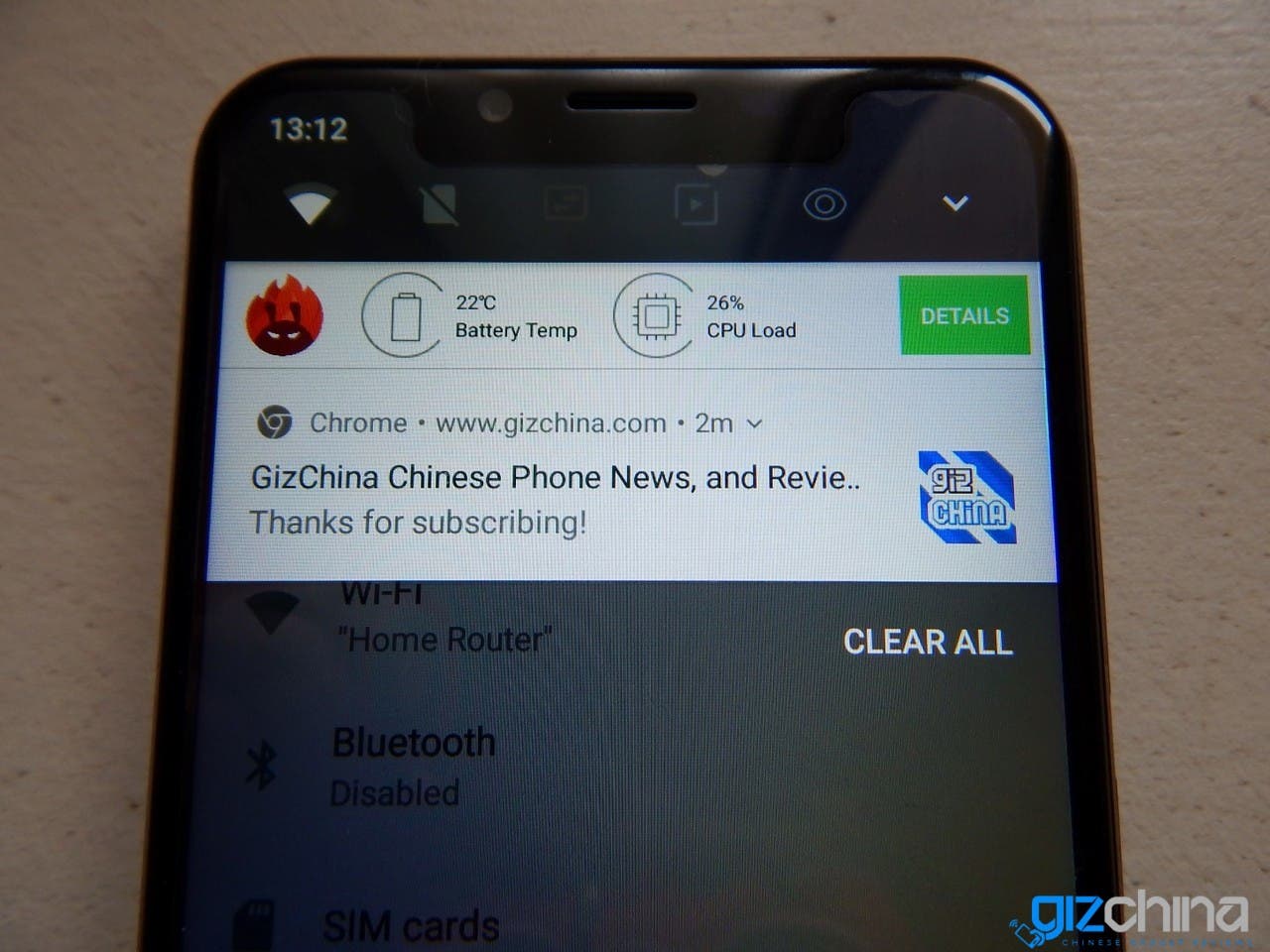 The same goes for the 8MP selfie camera that’s placed in front, inside the notch obviously. The images lack details and are nothing to brag about, that’s for sure, but it will do more than a good job if you shoot selfies from time to time, and the same goes for video calls via Skype etc.

The Oukitel U18 runs on Android 7.0.1 Nougat with a simple icon theme and a typical lockscreen made by the Chinese company, so it’s not “pure” Android, but it’s really “lightweight” and easy to move around in the menus.

As far as the notification shade, settings and a number of other parts of the software are concerned, this is stock Android 7.0 Nougat. It’s one of the reasons Oukitel U18 manages to perform as it should, and it’s definitely a huge “plus” for this smartphone.

Oukitel is surely one of the decent manufacturers if you’re in the market for an affordable device with solid battery life. This one goes a step further and tries to take advantage of this whole “notch frenzy”, providing a smartphone that – when you look its front side- is very similar to the iPhone X, with a semi-bezel less display, a notch and a decent price. 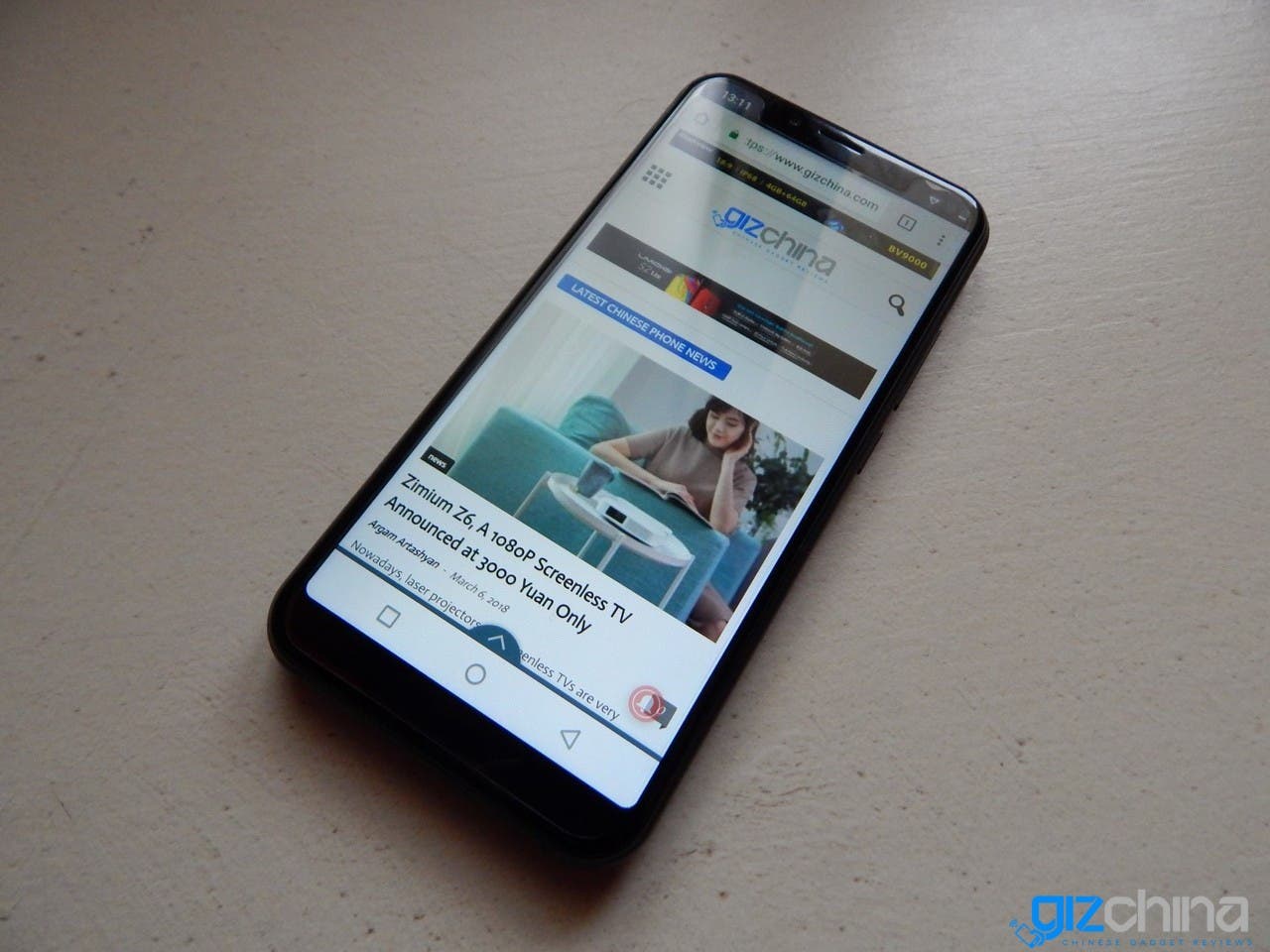 I must say that this model from Oukitel was quite decent in its battery performance -even though its 4000 mAh capacity is NOT the largest in the market today. However, it performs well in average – everyday use, and most novice or semi-experienced Android users will enjoy it – no doubt about it. After all its price nowadays (approximately 159$) is great for those who have limited budget to spend on a phone. 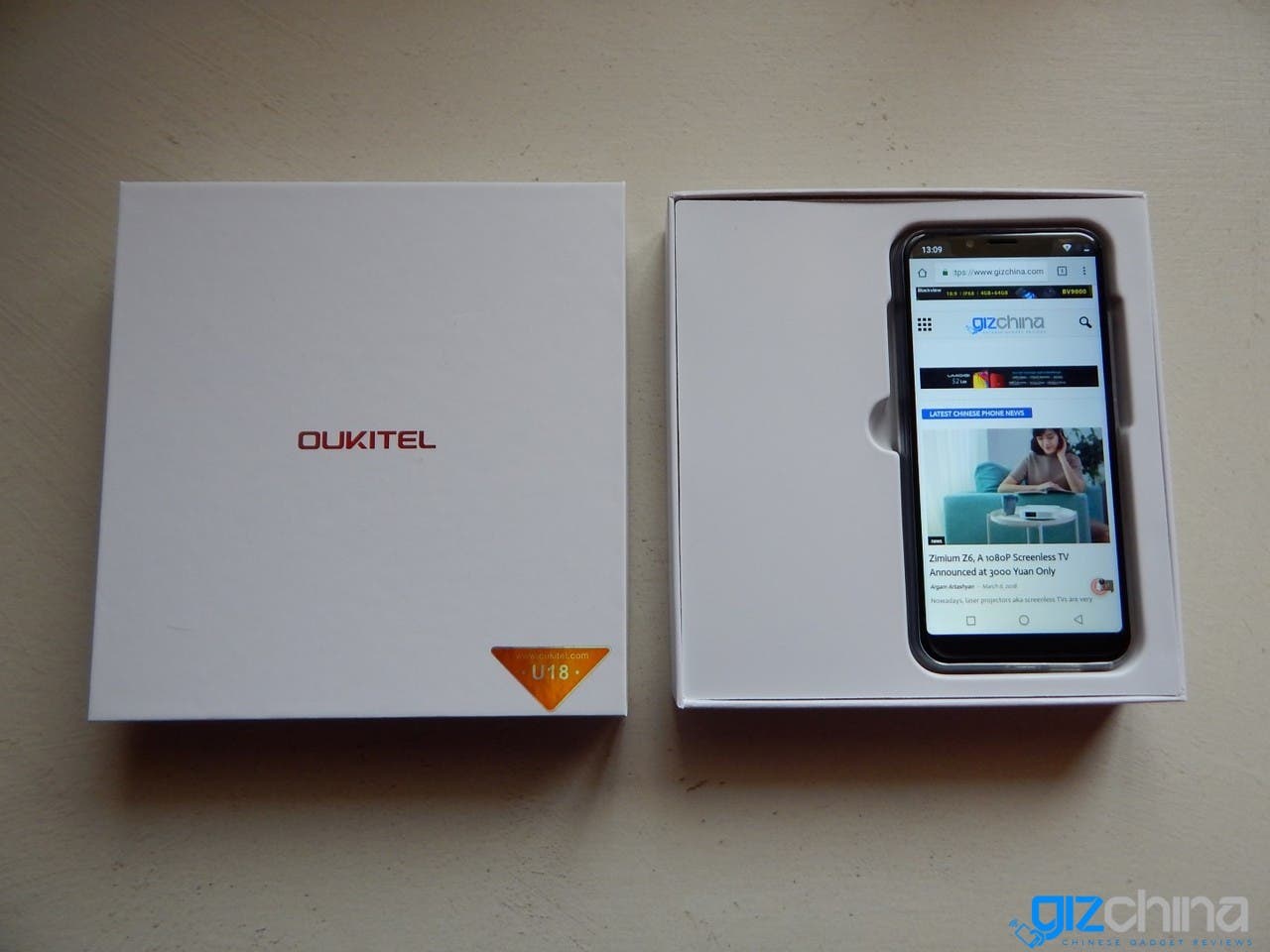 Keep in mind that it’s a bit heavy (thanks to its 4000 mAh battery and the use of some metal parts), but on the other hand it’s durable, it has a notch-display with awesome brightness and offers great build quality. If you’re into this whole iPhone X design but you prefer Android OS and have a tight budget, then this is one phone you should see for yourselves.