Smartphone manufacturers are not alone in the quest to release major updates to its devices. Carriers who offer these smartphones are also interested in major updates. Last week, we reported that T-mobile is working on Android Oreo update for five LG smartphones and now, we have confirmation that Sprint has released the Android Oreo update for Moto Z2 Force. As of now,  AT&T, T-Mobile, and Verizon variants of the Moto Z2 Force have already received Oreo thus this update is coming rather late but the rollout has commenced for some time now so some units should have the update already. This update arrives as software version OCX27.109.48 and it is a major update with Android Oreo so its size should be quite large. 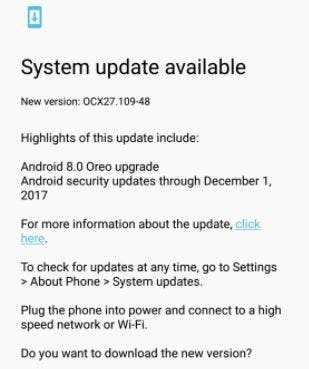 Reports of the arrival of this update were first received in September last year and the update started trickling in in December. Apart from the Oreo, this update also comes with the December security patch.