The Oppo F5 had a Youth version which had slightly downgraded specs when it launched in India last year. With the confirmed launch of the Oppo F7, a poster of the Oppo F7 Youth has now appeared online. The Youth variant also cost a bit less than the standard variant so we can expect the same thing this time as well. 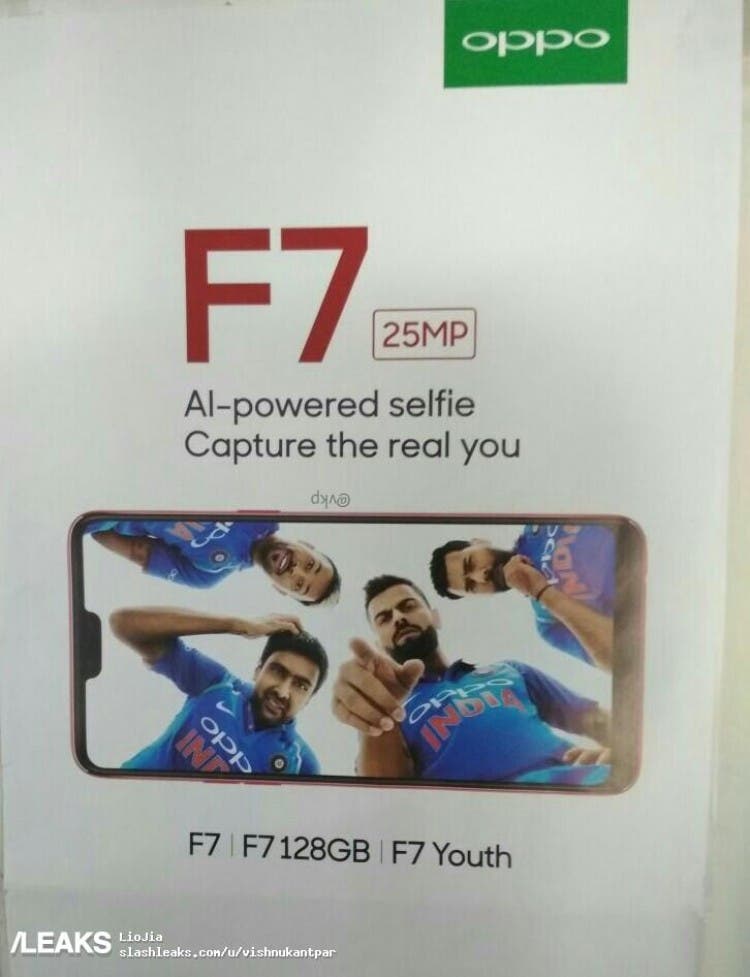 In fact, the poster shows three variants of the F7. The standard variant is a given, there’s a 128GB variant and an Oppo F7 Youth variant. Other than that, it also shows a 25MP selfie shooter will be a common thing in all these three handsets. Oppo has already announced the launch event will be inaugurated by a number of Indian cricketers. The poster also has some of them on the phone’s display.

The Oppo F7 is expected to be a copy of the Oppo R15 that is also expected to launch this month. It features a notch design with a supposed 6.2-inch display. Oppo is likely to pack a MediaTek chipset in the handset as it did with the Oppo F5. More specs of the handset have not surfaced yet. The selfie shooter should also come with some software tricks like AI beautification and more such stuff.

The Oppo F7 launches on March 26 as declared by the brand on its Twitter handle.