With the Galaxy S9 duo set to properly hit the retail shelves later today, a new bug has rear its ugly head as a number of users of the unlocked version of the Galaxy S9 duo are reportedly having issues getting the getting Samsung Pay to work.

According to complaints online from users of the S9 duo in the US, the Samsung mobile payment app appears to be having some compatibility issues with the Galaxy S9, Precisely, reports from users say the Samsung Pay app listed on the play store says the app is not compatible, while the preloaded version of the app says there’s an update but getting same installed proves abortive.

A Samsung mobile rep has confirmed, “ some unlocked units of the Galaxy S9 duo are experiencing issues with Samsung Pay” and assured users that the company is working on rolling out an update to fix the bug soon.

We are not immediately sure if this is an issue with the new flagship itself or whether it pertains to an issue with the Samsung Pay app itself. Whatever the case may be, a prompt and an immediate fix are, however, needed to avoid another Galaxy Note 7 debacle. 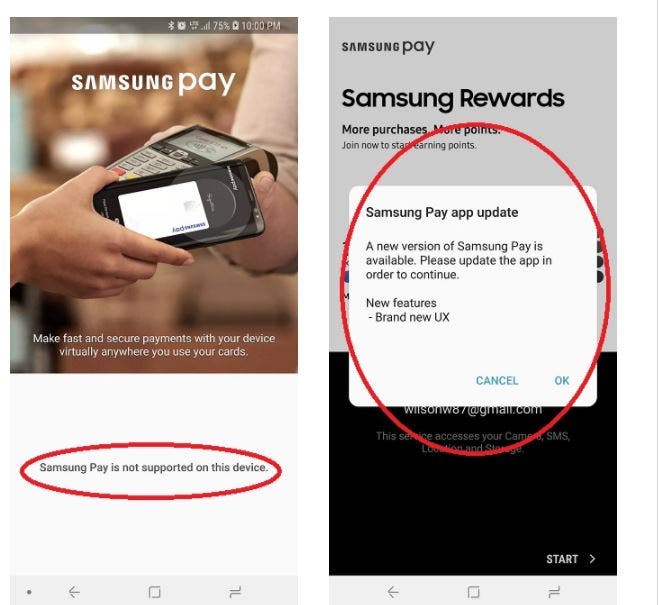 Customers who pre-ordered the Galaxy S9 and Galaxy S9+ on Verizon are already getting their devices ahead of today’s official release date.

Galaxy S9 and Note 9 to surprisingly receive the One UI 2.5 update!