Last month the alleged Nubia Z19 appeared in renders and it has appeared again in a live image. Possibly a prototype of the final model. The model is listed as NX6910J. 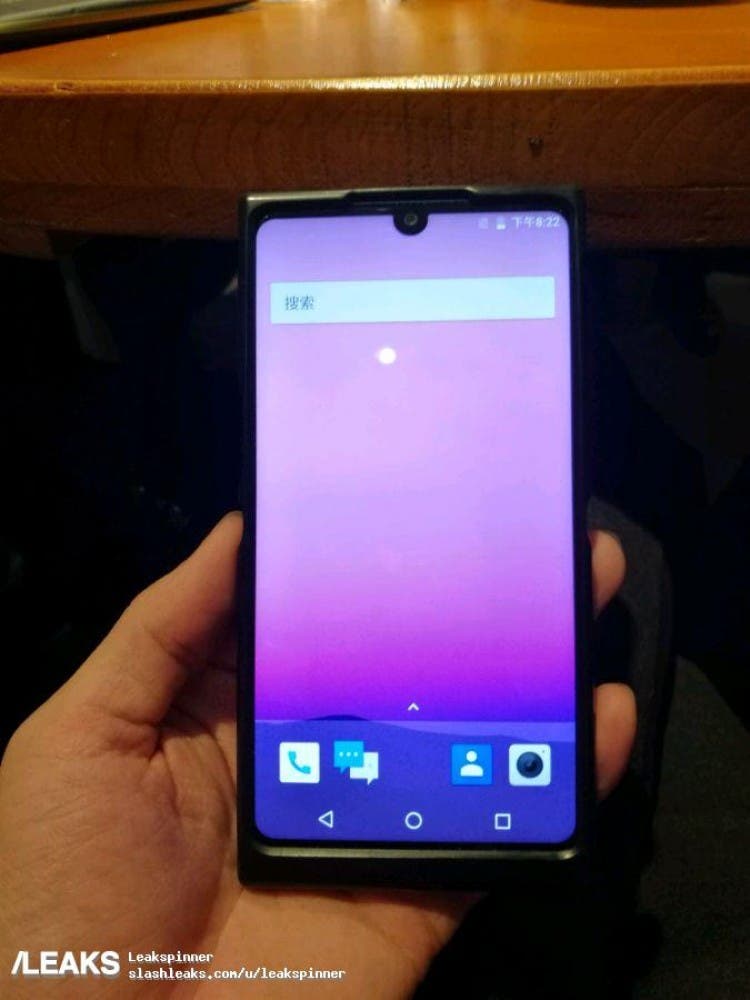 To start off, the front has a display that features a notch, not like the iPhone X, which is sort of like the trend right now, but like the Essential PH-1. The phone has no visible bezels whatsoever. It’s covered in a protective casing to hide the actual design hence not a lot is visible. 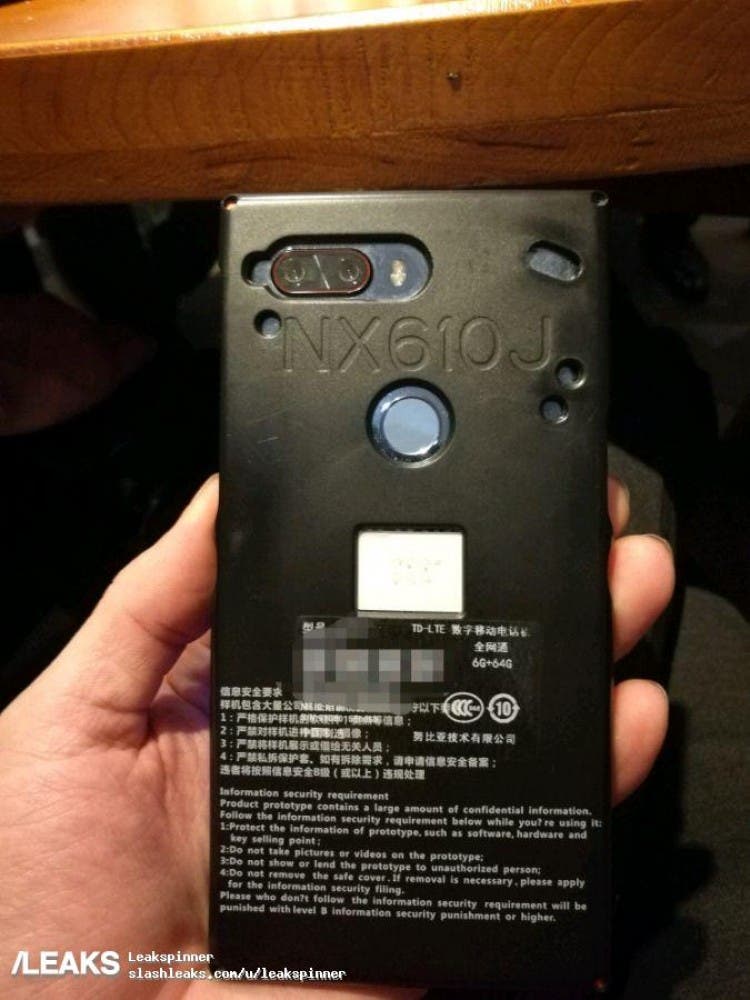 The back screams NX610J. Other than that, a dual camera setup and a fingerprint scanner sit on the back. The text on the protective casing does reveal a few details. For starters, the phone configuration seems to be that of 6GB RAM and 64GB of on-board storage. Other than that the text does heavily stress upon the punishment that will be rendered to whoever leaks this phone. Good luck to the tipster!

There is no solid reason to believe that this is the Nubia Z19 except a schematic report that appeared earlier. There is no word from Nubia regarding the same so we suggest you take this news with a pinch of salt.