We have been waiting for the VIVO V9 for a while. Everything concerning its appearance and specs has been disclosed long ago. So the only thing we didn’t know about it was the actual date. First, the phone was said to come on March 27. Later this date was pushed forward to March 22. Yesterday, the manufacturer officially announced the V9 with the trendiest bangs screen. Today it became known the phone lands in India. 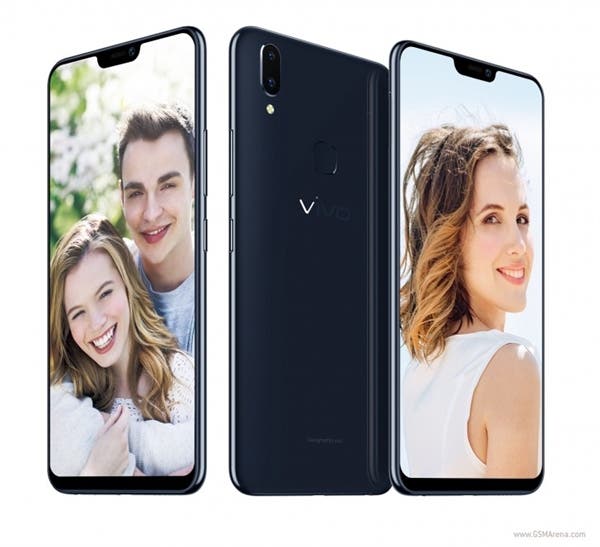 The biggest change in the smartphones market in 2018 was the use of the bangs screen. The iPhone X-like screen has become a mainstream, and almost all smartphone makers switched to it. Among them, we can mention the OPPO R15, VIVO X21, Huawei Nova 3e, Asus ZenFone 5Z and others. Now the VIVO V9 joins this group.

Actually, the VIVO V9 looks like the VIVO X21. It uses the same screen with a notch as well as a dual-camera placed vertically on the upper left corner. There is also a fingerprint scanner in the middle.

As for the specs, the VIVO V9 sports a 6.3-inch full-screen with an aspect ratio of 19:9, a Snapdragon 636 chip, 4GB of RAM, 64GB of internal storage, 3260mAh battery, a 16+5MP rear camera supports portrait mode and AI beauty, a 24MP shooter on the front supporting AI beauty as well, and it runs on FunTouch OS 4.0 based on Android 8.1 with a depth customization.

In terms of the selling price, the VIVO V9 is available at 22,990 Indian rupees ($352). It is now available for purchase with a shipping date of April 22.

By the way, seems the next destination of the VIVO V9 is Indonesia.