Huawei’s had a very busy and fascinating day so far. The Huawei P20 and P20 Pro, just from early previews, seem to be some of the most impressive devices  around. On top of that, the company also brought out the Huawei Mate RS Porsche Design. Not nearly as interesting, but it’s still something. This is why it’s a bit of a surprise to see another announcement from Huawei for today, that being the new Huawei Y7 Prime (2018).

The device is solidly a mid-range affair, and the specs are far less exciting next to the flagship launches. There’s a Snapdragon 430 chipset in here, with 3GB of RAM and 32GB of expandable storage. With that 2018 moniker, you already know there’ll be an 18:9 display, this time at 5.99-inches with a resolution of 1,440×720. Really, it’s not anything we haven’t already seen, though at least it’s something from Huawei. 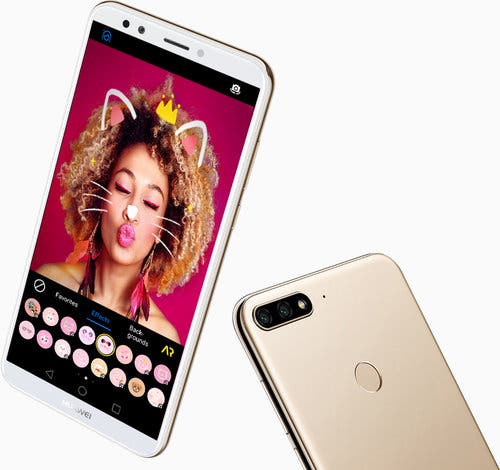 The Huawei Y7 Prime (2018) also has a dual rear camera setup, with a 13MP main sensor and a secondary 2MP sensor for depth shenanigans. Perhaps the most enticing feature of the device is its triple card slot, which allows you to use two sim cards and a microSD at the same time. Nothing revolutionary here, but the small things are pretty nice. There’s also a rear fingerprint sensor, because what device doesn’t have one of those other than the iPhone X?

On the software side of things, we have Android 8.0 Oreo with EMUI 8.0 on top. The device runs on with its 3,000 mAh battery, which is pretty much the average for a mid-range device. Dimensions are 158.3 x 76.7 x 7.8 mm, it weighs 155g, and it’ll come in black, blue, and gold. We assume the build is shiny plastic like Huawei uses on many cheaper devices, but nothing is confirmed. Overall, a decent device, but really nothing to write home about.