Xiaomi has already launched its first gaming laptop. Now it’s the turn of a gaming smartphone. We know the company has invested a lot in a mysterious phone dubbed as the Xiaomi Blackshark. The latter is officially announced to release on April 13 in Beijing. Seems we have been aware of its specs list and the appearance as well. But today Wu Shimin, founder and CEO of Black Shark Games Mobile posted on Weibo saying what we have seen in the photos leaked on the net has nothing common with the appearance of the upcoming device. 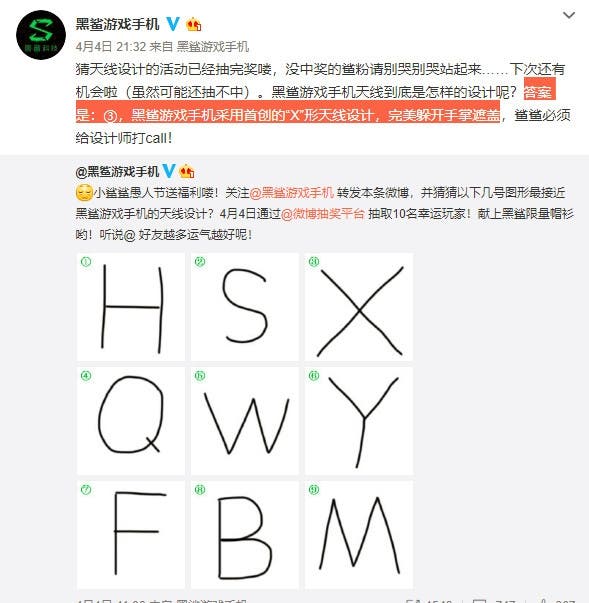 The Xiaomi Blackshark is going to be the first real gaming smartphone ever launched. That’s why the interest towards this phone is huge. Previously, we have seen its alleged design, and according to those spotted pictures, this phone will look like a handheld game console. Seems those photos are fake and as Wu Shimin said ‘those photos are really ugly. Our product doesn’t look like that. The Blackshark will win customers’ hearts at the first sight. The new Xiaomi Blackshark is a mobile phone with the same wisdom and beauty.’

The sketch published along with the reply shows the GPS/WiFi, dual-4G LTE, and WiFi MIMO antennas are placed on the four corners to ensure the stability of the network connection when playing games.

In terms of configuration, the Xiaomi BlackShark gaming phone will carry a Snapdragon 845 processor. Earlier, we have heard the chip will be paired with an 8GB of RAM not to run out any game. Plus, it will be using an 18:9 full-screen and a self-developed ROM, but it will integrate some of MIUI’s core functions and will naturally optimize the game.