There have been series of leaks and speculations regarding the upcoming OnePlus 6 whose predecessor, OnePlus 5T has completely sold out. Earlier today, we saw a leak showing the front of the OnePlus 6 sporting an iPhone X-like screen.  This means that it certainly comes with a notch which houses the front camera sensor and notification light. 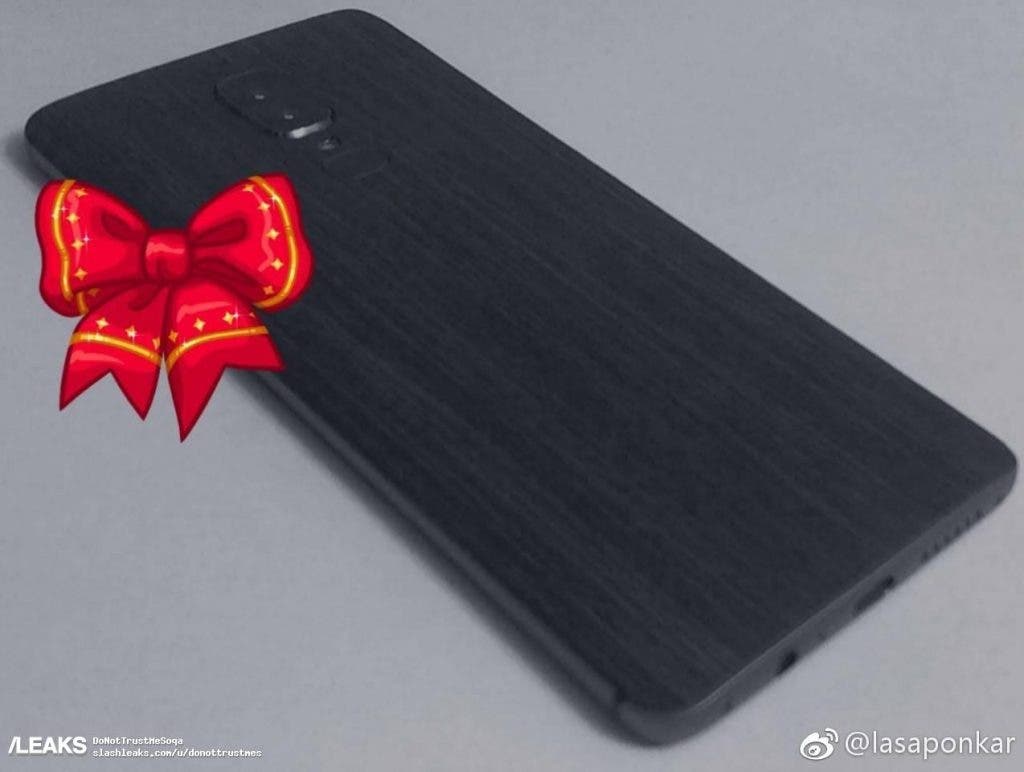 Now, another leak showing the rear of this smartphone just surfaced online. From the image, it comes with a brushed metal design and we can clearly see its vertically arranged dual camera, LED flash and a fingerprint sensor all aligned in the middle. Also visible is its USB-Type C port and the 3.5mm audio jack.

Not much information has been released regarding OnePlus 6 but we know that it will be powered by a Snapdragon 845 chip coupled with 8GB of RAM and 256GB of internal storage. There will possibly be other variants. In addition, there have been reports also that the notch on the OP6 6.28-inch display will be hideable such that while users are gaming or watching a video, the notch will disappear.