When all the details about the upcoming Mi 6X – aka Mi A2 – seemed to be no longer a secret, a new wave of rumors appeared today to shake up everything. To clarify, some weeks ago the mid-range Mi 6X went through TENAA sporting an octa-core processor, a few days later another leak pointed that it would be the Snapdragon 626.

Today a new rumor popped out, to differ with every previous speculation, this new rumor points out that the Helio P60 will be the powerhouse of the Xiaomi’s new mid-range smartphone. The Helio P60 is one of the latest chipsets announced by MediaTek, currently, it can only be found in the Oppo F7. The Taiwanese SoC features four Cortex-A73 cores plus another cluster with four Cortex-A53 cores, it is definitely a worthy rival to the Snapdragon 636, but still, its Mali-G72 GPU MP3 can’t compete with the current generation of Adreno.

The new leak also suggests that the rear camera of the handset will be a slight upgrade from the Indian camera beast – Redmi Note 5 Pro. The main rear shooter will be a 12MP 1,5µm Sony’s IMX 486, but in counterpart to 5 Pro, the secondary camera will pack higher resolution 20MP 1.0µm Sony IMX 376 sensor. As previously reported, the front camera will feature a powerful 20MP sensor, that is the same IMX 376 present in the rear shooter.

Camera sensors for what I believe is the Xiaomi Mi 6X (taken from “camera_config.xml” for code-name “wayne” where TENAA certification code M1804D2SC matches “IS_D2S=wayne”): 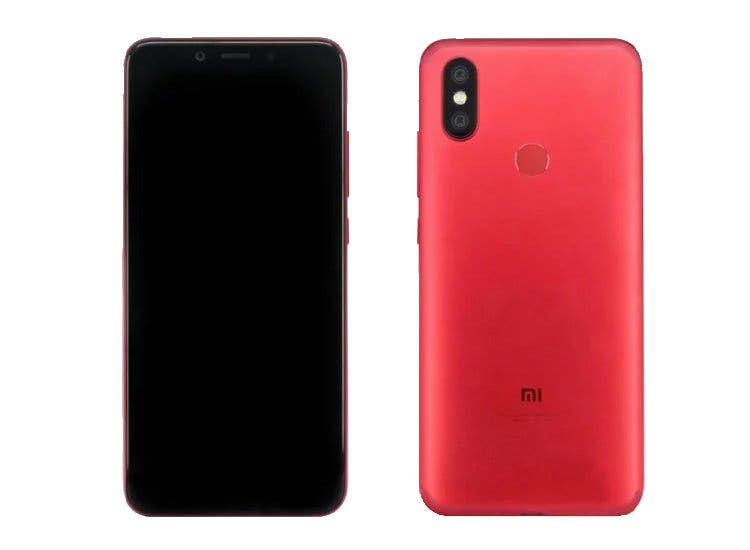 We advise you guys to digest these new rumors with a grain or two of salt. It would make perfect sense to have an Helio P60 powered Xiaomi Mi 6 smartphone since both MediaTek and Xiaomi have announced plans of new partnerships in smartphones for 2018. However, if this will be the case we don’t think the Android One Mi A2 will arrive with a MediaTek chipset.

MediaTek always has been problematic with open-source, however, no one better than Google to put pressure on the Taiwanese, but still, a MediaTek powered Xiaomi device couldn’t be commercialized in India. Do you guys think that Xiaomi will really skip Mi A2 launch in India? Based on this, and if the above rumors are to be believed our best bet would be a Chinese Mi 6X with Helio P60 and an India/Global Mi A2 with a Snapdragon 626/636 processor. What do you guys think? Let us know in the comments section below.

Next Mystery all-screen LG smartphone surfaces in a leaked renders