LG Mobile got two smartphones that have appeared in the rumors mill recently.The flagship LG G7 ThinQ is one of such, while the other is rumored to be the LG Q7. While LG mobile in a recent press release already confirmed the LG G7 ThinQ moniker without revealing any specs and has even gone further to reveal the launch date of the said device, we have now got hold of a freshly leaked render of a new LG phone that appears to be the LG Q7.

The device seen in the leaked render shows a design similar to that of the Q6 – a display with an elongated 18:9 aspect ratio and virtually non-existing all round bezels, though the upper bezel got no notch, it is large enough to house a front camera. We have no clue as to what the rear looks like, but the lack of a fingerprint sensor below the display is a pointer that we might be in for a rear fingerprint scanner. The alleged LG Q7 is meant to serve the mid-range market, so the in-display fingerprint option might not be an option here.

LG recently patented the LG Q7 moniker confirming the existence of the device and fueling speculations that the device might launch alongside the G7 ThinQ which is tipped to happen on May2/3. 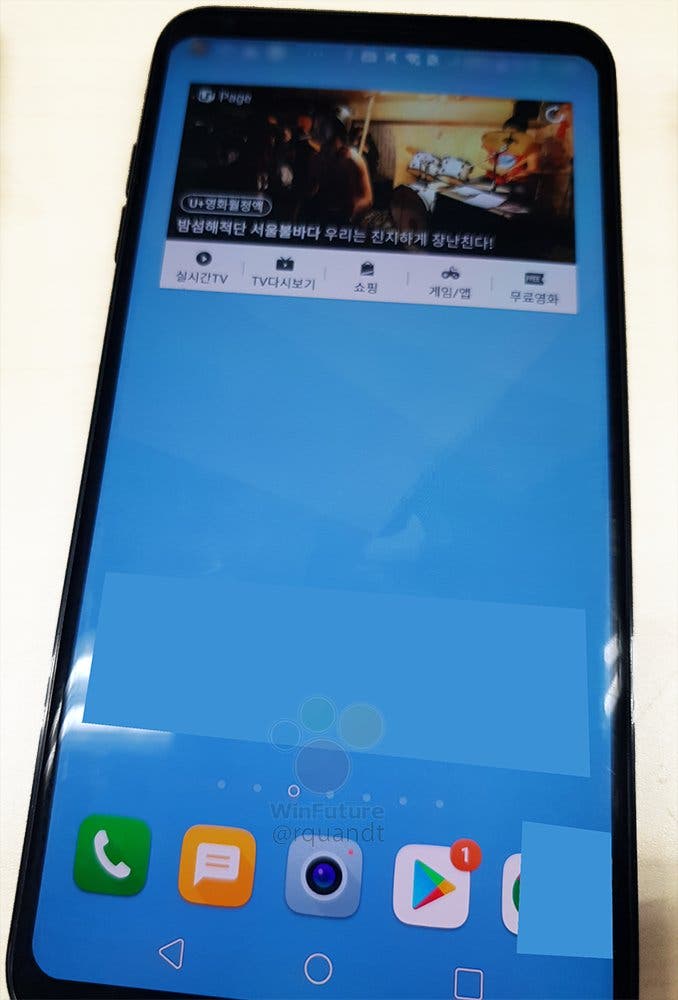 There are still a lot of unknowns about the LG Q7, but everything should become pretty clearer as we inch closer to the flagship G7 ThinQ launch date when the Q7 might also debut.

LG G7 ThinQ to debut in Taiwan on June 22